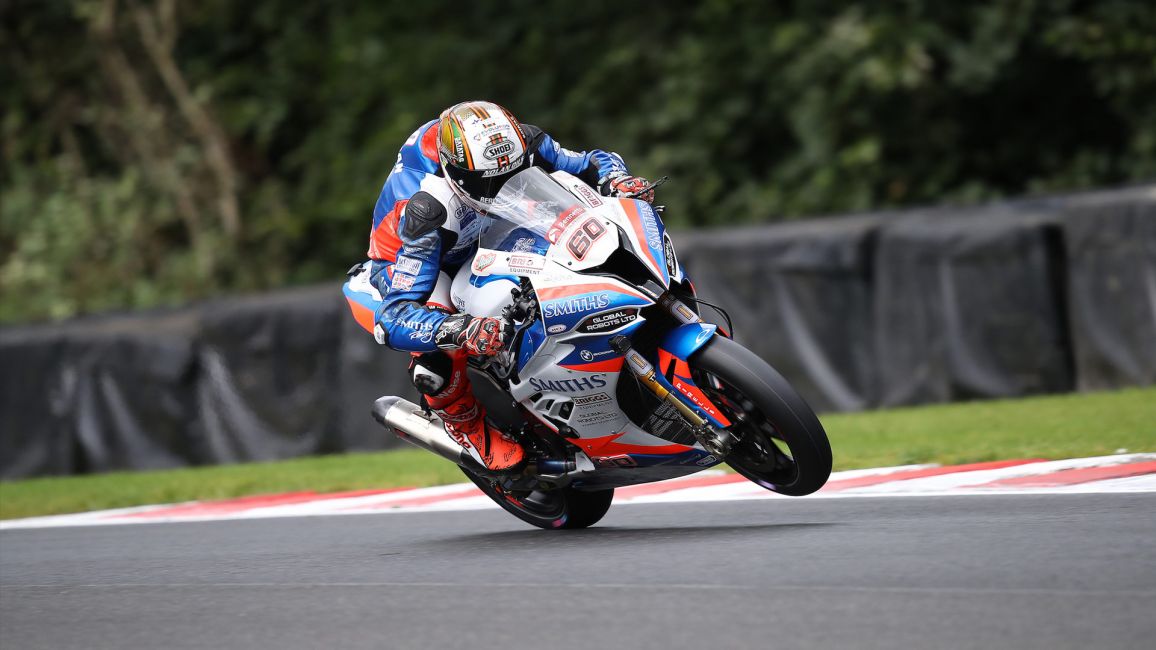 Showing well during practice and qualifying, Hickman qualified in seventh place on the grid for the first of the three races held over the triple-header weekend.

However, the race was only three laps old when Hickman suffered an unusual crash through the high-speed right-hander at Druids. The red flag was immediately brought out to allow organisers to check the track for any fluid spilled or contamination. Despite the best efforts of the team, they were unable to repair the bike in time for Hickman to make the 14-lap re-start, ending his 100% points-scoring record in the season so far.

Conditions at the Cheshire venue were perfect for both of Sunday’s races and a brilliant start from Hickman in the opening encounter saw him leap up to 13th at the end of the first lap, after starting from the back of the grid. He soon worked his way up into the top ten and having overhauled Tarran Mackenzie two laps from the end, moved up to eighth where he finished.

Hickman started the third and final race of the weekend in ninth place and ran in the top ten throughout. With his Showdown rivals running close to him, he knew what he needed to do to seal his position in the top six standings and eighth place in the race meant he successfully achieved the chance to fight for the title.

Peter Hickman: “Practice and qualifying had gone really well and I was confident of a top six finish in the first race so for it to end with a crash through no fault of my own was very disappointing and I was lucky not to pick up injuries. It made race two difficult with having to start a long way back on the grid, but we did what we needed in race three and it’s great to be in the Showdown again. I’ll be giving it my all at the final three rounds and will ensure I leave nothing on the table.”

Darren Jones, Team Co-ordinator: “On the one hand, it’s been a tough weekend but on the other hand, it’s been a great weekend and to make it into the Showdown for the third year running, and be the top BMW team again, is brilliant. The DNF in race one made it hard work for everyone, not least the team in rebuilding what was a fairly damaged bike, but Pete did a great job in Sunday’s first race and then rode to his pit signals in race two. He did exactly what he needed to do so full credit to him and the whole team for all their hard work during the year with the new Smiths BMW S1000RR.”

The series now moves to Assen for the first of the three Showdown rounds over the weekend of September 20/22.