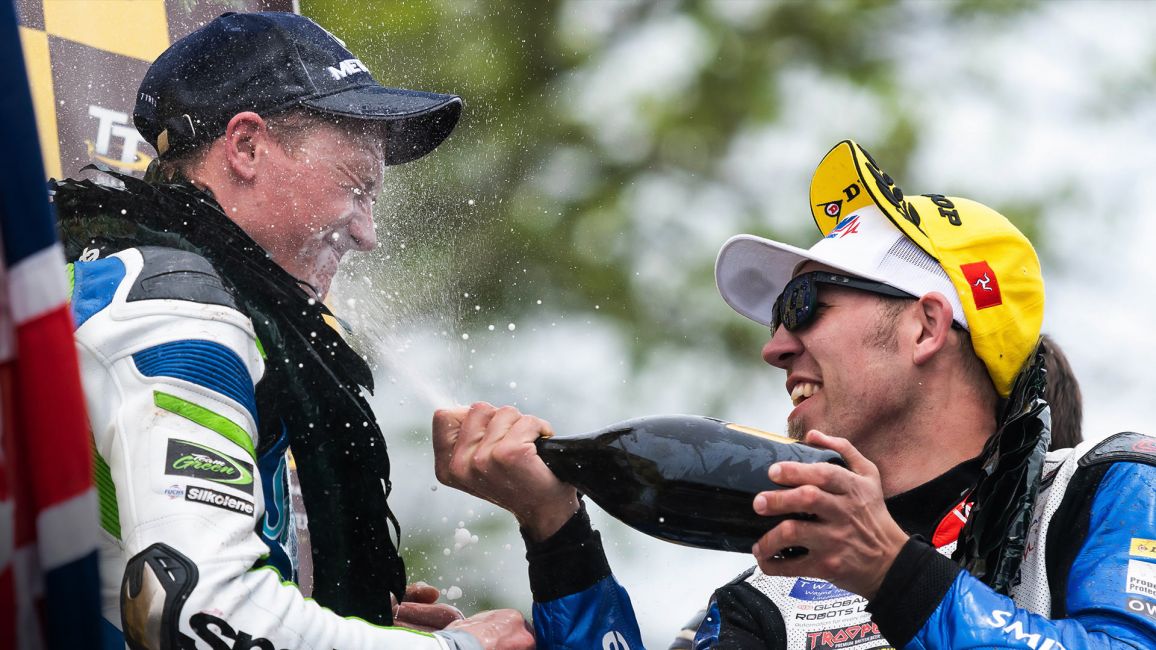 HICKMAN & HARRISON UP FOR MCN RIDER OF THE YEAR

After dominating the Road Racing scene in 2019, both Peter Hickman and Dean Harrison feature in a five-rider shortlist for the prestigious MCN Rider of the Year Award.

Smiths Racing’s Peter Hickman and Silicone Engineering Racing’s Dean Harrison have raised the Road Racing bar to new heights since their record-breaking duel in the 2018 Senior TT Race, and the pair were once again in a league of their own at the 2019 Isle of Man TT Races.

Hickman - who won MCN Racer of the Year twelve months ago - secured a hat-trick of wins at TT 2019, with victories in the RST Superbike and RL360 Superstock Races as well as the second Monster Energy Supersport Race. He followed this up with an unprecedented seven race victories at the 2019 Ulster Grand Prix and looked certain to take a fourth Macau Grand Prix title, but lost out in controversial circumstances when the race was red flagged.

Harrison meanwhile captured a maiden Senior TT victory, becoming the first Kawasaki-mounted rider to win the blue riband event since Mick Grant stood on the top step in 1975. Three further runner-up spots at the TT alongside podiums at the North West 200 and Ulster Grand Prix, six race wins at the Southern 100 and a string of points-scoring finishes in the British Superbike Championship ensured 2019 was arguably the 30-year old’s best season to date.

A panel of experts produce a shortlist for MCN Rider of the Year before it is put to an online vote by the magazine’s readers.

This year’s shortlist is completed by Scott Redding - who won the British Superbike Championship in his debut year, Jonathan Rea - who became the most successful Superbike rider of all time by winning a fifth consecutive World Championship, and Marc Marquez – the 2019 MotoGP World Champion.

Past winners of the award include motorcycling greats such as Mike Hailwood, Barry Sheene, Carl Fogarty and Joey Dunlop.

Voting for MCN Racer of the Year closes at midnight on February 13th 2020. To vote for your favourite, click here.