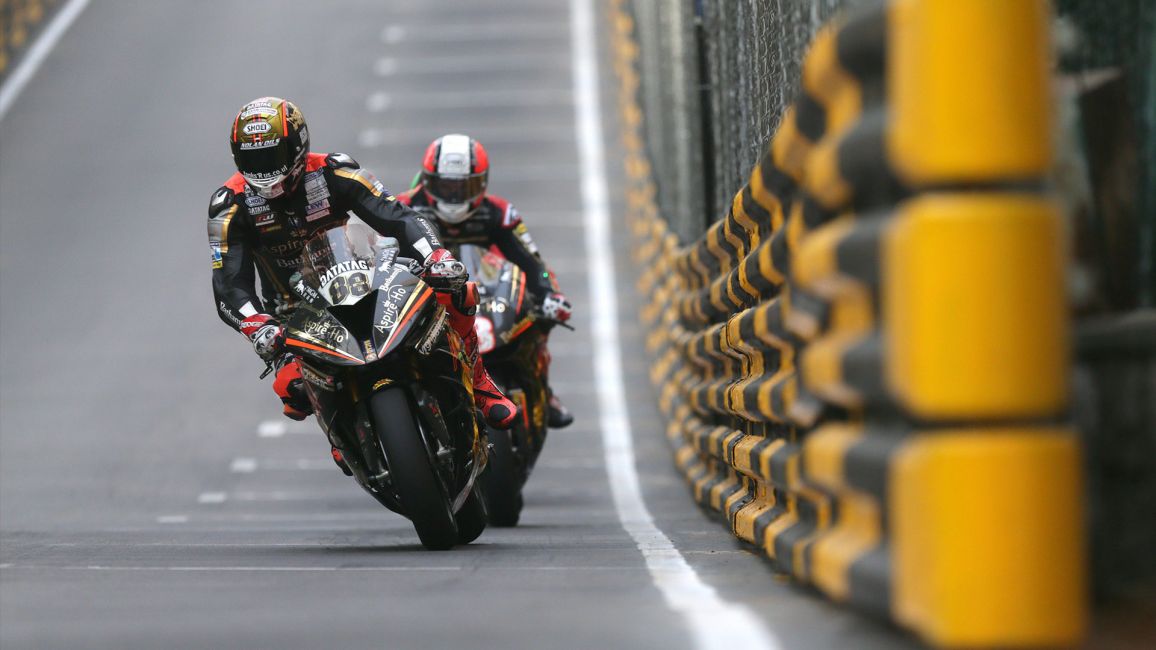 5-time TT Race winner and outright lap record holder, Peter Hickman, will head to the 66th Macau Grand Prix in search of a fourth victory around the 3.8-mile Guia street circuit in a field packed with the biggest names in TT racing.

Hickman made his debut at the season-closing event in 2014 before taking his first win the year after and two more victories in 2016 and 2018, with only BSB rival Glenn Irwin able to get the better of the 32-year old in 2017. Hickman will arrive to the southern Chinese city as favourite for victory on the MGM by Bathams BMW S1000RR.

He joins Michael Rutter in the MGM by Bathams team who returns onboard the exotic Honda RC213V bike that he piloted at the 2019 Isle of Man TT Races. With eight Macau victories to his name, Rutter stands unmatched as the most successful rider in the event’s history and despite the most recent of these titles coming back in 2012, he has stood on the podium every year since and can never be ruled out as a potential winner.

Further exotica will be on the grid with John McGuinness and David Johnson lining up on a pair of Ducati Panigale V4Rs courtesy of Paul Bird Motorsport and Gary Johnson starting onboard a £68,000 BMW HP4 Race – the 212bhp, 171kg superbike that features a full carbon fibre frame – for Ashcourt Racing.

Johnson joins Lee Johnston for the Ashcourt Racing team’s first appearance at the Macau Grand Prix where Johnston – who took a maiden TT victory earlier in the year – will pilot his new 2019 BMW S1000RR for the first time.

16-time TT winner Ian Hutchinson returns to Macau for the first time since 2016. Hutchinson, who took a stunning victory in the 2013 Macau Grand Prix following an ardous recovery from injury, has spent the last two seasons with the factory Honda Racing team but revealed that he would be competing onboard a BMW S1000RR for Team Milwaukee with SMT a few weeks ago.

After a stunning ninth place finish on his Macau debut in 2018, Davey Todd will be looking to continue his meteoric rise through the road racing ranks with another strong result. The 24-year old finished sixth in this year’s Dunlop Senior TT Race and set a new personal best lap at an average speed of 131.491mph, making him the thirteenth fastest man in TT history in only his second year of competition. Todd followed this up by winning the IRRC Road Racing Championship in his first full season and it would be no surprise to see the rising star step on to the podium at Macau for the MGM by Penz13 team.

Paul Jordan and Dominic Herbertson are set to return with the Dafabet Devitt Racing team on a pair of Kawasaki ZX10-RRs whilst Brian McCormack (ON-1 Racing - BMW) – who became the fastest Irishman in TT history earlier this year – is also on the provisional entry list.

Free practice and first qualifying take place on Thursday 14th November, with second qualifying on Friday 15th November ahead of a 12-lap race at 15:55 (07:55 GMT) on Saturday 16th November.