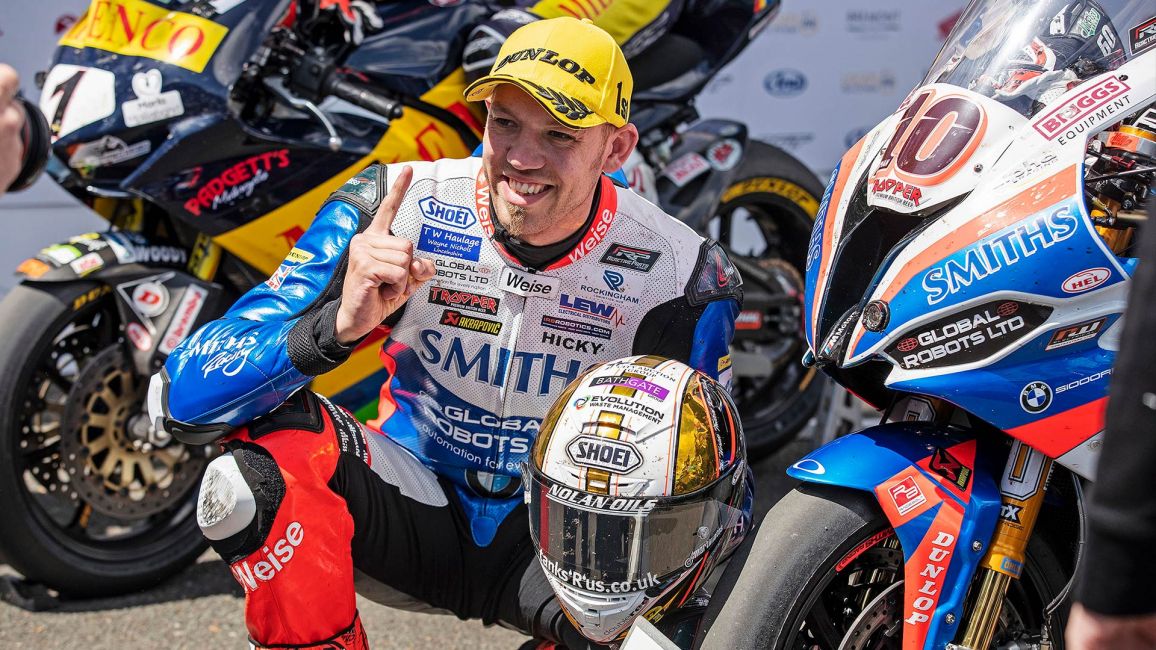 HICKMAN RE-SIGNS WITH SMITHS RACING FOR 2020

Peter Hickman, the outright TT lap record holder, has confirmed he will remain with the Smiths Racing BMW team for a fourth consecutive season.

Hickman, winner of three races at the 2019 Isle of Man TT Races, secured a fine sixth place in the Bennetts British Superbike Championship at the season finale at Brands Hatch on October 20th and confirmed he will remain with the Gloucester-based outfit with which he has had a great deal of success.

The 32-year-old has consistently been the fastest BMW rider on the roads and short-circuits in 2019, despite having to hit the ground running with no pre-season testing.

‘I’m really happy to be staying with Smiths Racing for a fourth consecutive year. The team has grown massively over these last three seasons and we have grown together. This year we have done a lot of development with the new BMW S1000RR and I believe we have done a great job’ said Hickman.

‘Now we really need to work out what we need to do so that we can start winning [BSB] races on a regular basis. This winter we can work on these things and it will be great to have the opportunity to test ready for next year and hit the ground running, unlike this year.’

Hickman was able to claim victory in both the RST Superbike and RL360 Superstock Races at TT 2019 onboard the new BMW S1000RR, but was unable to retain his Senior TT crown. Whilst holding a seemingly comfortable lead in the race, the bike began to lose water on the final two laps. Hickman was able to nurse the bike across the line but lost out to Dean Harrison who took his maiden Senior TT victory.

With a year’s development, Hickman and the Smiths Racing team will be hotly tipped for further triumph at TT 2020.