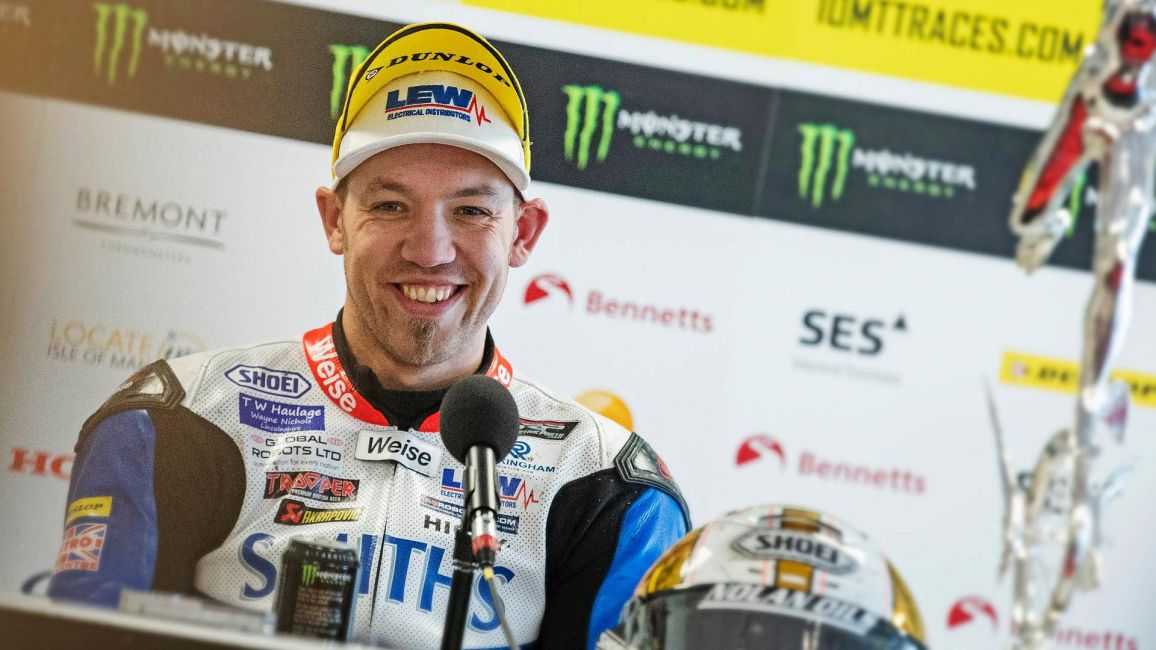 Gloucester-based Smiths Racing and Peter Hickman have swapped their Supersport Triumph Daytona 675 for a Yamaha YZF-R6 in 2020, adding the 600cc machine to their already confirmed plans for the Superbike, Superstock and Lightweight classes where they will campaign BMW S1000RR and Norton Superlight machinery respectively.

The team have enjoyed a long and successful period with the Triumph 675 including Supersport TT Race victories with Hickman in 2019 and Gary Johnson in 2014, as well as two British Supersport Championship titles on short circuits. Hickman’s win in the second Monster Energy Supersport Race at last year’s event came after four successive podium finishes in the class onboard the Triumph and was followed by a hat-trick of Supersport victories at the 2019 Ulster Grand Prix.

However, due to the lack of parts available for the ageing Triumph, the team have decided to switch to Yamaha power for 2020, with the R6 being a much more up-to-date machine as well as a consistent race winner in 600cc racing worldwide.

The move completes the Smiths Racing line-up of machinery for the 2020 season where they will be the official BMW-supported team for the International Road Races, with Hickman again favourite for race honours in the Superbike and Superstock classes having been victorious at the TT, the North West 200 and Ulster Grand Prix last year.

The team will also contest the Bennetts Lightweight TT Race with Hickman riding the Norton 650 Superlight which debuted in 2019. Hickman and Smiths Racing took delivery of the bike before Christmas and will now spearhead the development of the machine as they look to build upon the 8th place and 120mph lap recorded at last year's TT.

Peter Hickman: "We’ve made the decision to change from the Triumph to the Yamaha in the Supersport class for the International road races which will obviously be a bit different to the last three years. We've had an awesome time with the Triumph and it's been absolutely brilliant with the win at last year's TT and all three victories at the Ulster Grand Prix being phenomenal. The little Daytona has done a fantastic job but, unfortunately, it's a little bit long in the tooth now so to try and move with the times and keep up with what everyone else is doing we've decided to move over to the Yamaha. I've never actually raced an R6 before so I'm really looking forward to jumping on it to see what we can do."

Darren Jones, Team Manager: "It wasn’t an easy decision for us to change from Triumph as they have been faultless in aiding us all the way through our roads campaign in 2019 but unfortunately, as the bike is no longer in production, we have been struggling to get the parts we need and feel like we are at the maximum when it comes to development. Therefore, 2020 will see us take on a fresh challenge and we feel that’s what’s needed to give Peter a fighting chance. A big thanks to Steve at Raceways Yamaha for pulling out all the stops in getting us the R6 before Christmas, the boys have started already!"