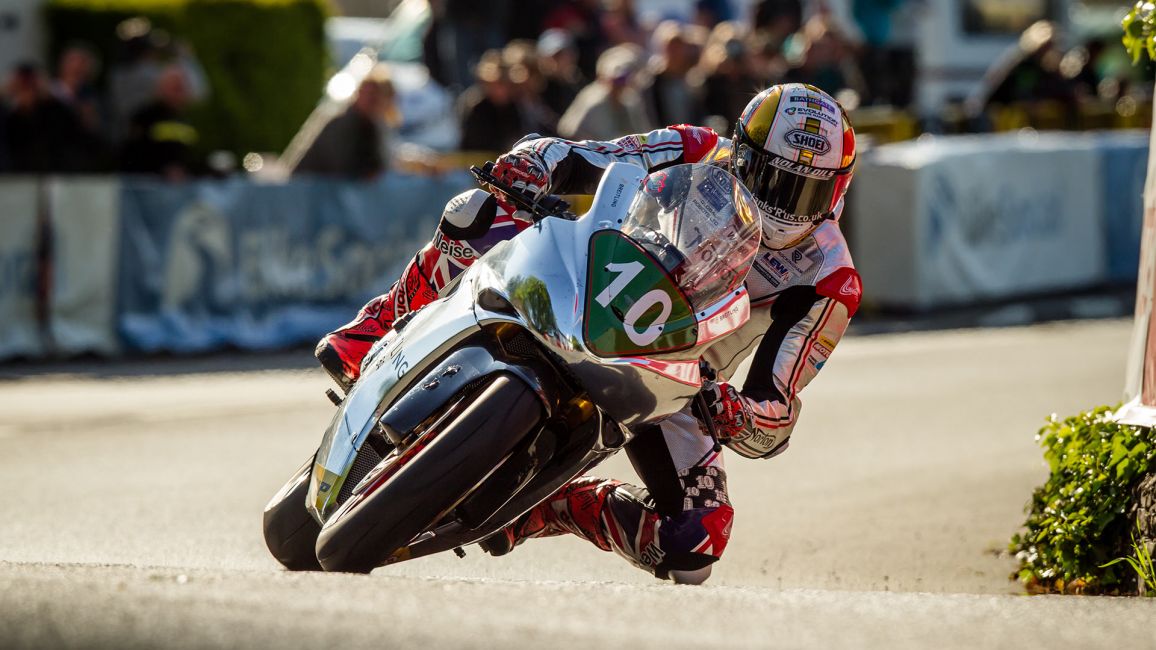 Peter Hickman has confirmed he will once again contest the Bennetts Lightweight Race onboard the Norton Superlight at the Isle of Man TT Races, but that the bike will be prepared and run by his Smiths Racing Team for 2020.

Hickman, the outright TT lap record holder, was part of a three man dream team for Norton when the brand made its debut in the lightweight class earlier this year. The five-time TT Race winner joined 23-time winner John McGuinness and rising star Davey Todd for a three-pronged assault with the new 650cc Norton Superlight.

Limited testing was followed by a weather disrupted TT where Hickman was only able to complete two qualifying laps ahead of the shortened two lap race. However, while his Norton teammates both retired from the race, Hickman came home in a strong eighth position and posted a fastest lap at an impressive average speed of 120.260mph.

The decision for the bike to be prepared and run by the Smiths Racing team in 2020 allows the Norton factory to focus solely on increasing production of their road bikes. Development of the Superlight race bike moves to Smiths Racing, but the team are no strangers to producing a race winning machine in a short space of time after taking victories in the 2019 RST Superbike and RL360 Superstock TT Races despite late delivery and little testing with the new BMW S1000RR.

Whilst only having had a limited amount of time onboard the Norton Superlight, Hickman is confident in the bike’s potential: “It handles really well which is especially important with the lightweight bikes. They don’t have much horsepower so they need to be able to turn properly and the bike did that immediately.”

“Of course, there are things we need to change. It’s really heavy – heavier than my superbike – because it’s still a road bike and a lot has to be done to make it lighter” he continued.

The Lightweight Race has become a fiercely competitive class in recent years and the 32-year old is clear in his objectives: “I think the podium is realistic and the win would be the cherry on top. I don’t go into anything thinking that we can hopefully finish sixth! The reason we’re doing this is because I feel the bike has potential. If I didn’t feel that, I wouldn’t be doing it.”

Darren Jones, Team Manager at Smiths Racing added: “This is an exciting opportunity for us and something we’re really looking forward to. Norton is a great British brand and we will be aiming for that top spot! Development starts now and we’ll be working alongside the guys at Norton HQ on a weekly basis to build on the potential Pete showed when he lapped at over 120mph after only 4 laps.”

Stuart Garner, CEO of Norton Motorcycles commented: “Norton have worked with Peter and put a bike and resources into the Smiths Racing team to run a ‘Smiths Norton’. Recognising how experienced and results-driven Smiths are, it made sense to let them run the bike within their team to enable Norton to focus fully on our road bike business and growing production volumes of our new model range.”

Success for Hickman and the Norton Superlight would undoubtedly hold extra significance for the Lincolnshire man, after his father Dave Hickman played a key part in the success of the JPS Norton team and the iconic rotary-engined bikes of the late 1980’s and early 1990’s.

Now with bikes for six different races at the 2020 Isle of Man TT Races, could Hickman be the first man in TT history to claim six TT victories in a single week?