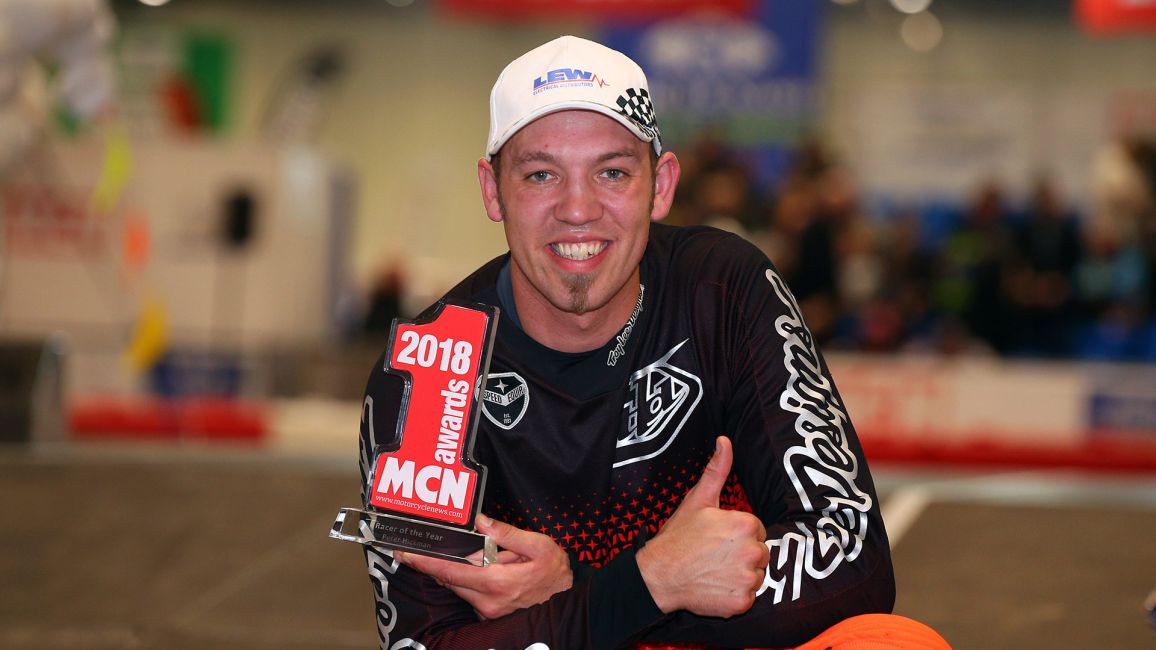 Following a sensational 2018 Road Racing season that included two victories at the Isle of Man TT Races fuelled by Monster Energy, Peter Hickman has today been crowned ‘Racer of the Year’ by Motor Cycle News.

Following an online vote by MCN readers, Hickman was pronounced winner of the annual competition at the MCN London Motorcycle Show, ahead of nominees including Marc Marquez, Jonathan Rea, and Leon Haslam. By winning the prestigious award, last year’s winner of the RL360 Superstock and PokerStars Senior TT Races follows in the footsteps of British motorcycling greats such as Mike Hailwood, Barry Sheene, Joey Dunlop and Carl Fogarty.

Speaking at the MCN London Motorcycle Show, Hickman said: "It's a really special honour to win this award, especially given who has won it before. And to be voted for by the MCN readers makes it even more special"

The 31-year old’s debut year at the TT saw him set the fastest ever lap by a newcomer of 129.104mph – a record he still holds. He won three Silver Replicas from his three races, with his best result of eighth place coming in the RL360 Superstock Race.

A year later he enjoyed a near-perfect TT campaign with five podiums from his five races, ending the week with three second place finishes and two third places. What shone that year was his versatility, as those podiums came in each of the four classes – Superbike, Supersport, Superstock and Lightweight. Deservedly, he left the island with a haul of accolades including the Joey Dunlop Rider’s Championship.

However, his potential was fully realised last year when he bounced back from a first lap retirement in the RST Superbike race to tear the record books apart. His first victory came in record-breaking style in the RL360 Superstock Race, where he shattered the lap record with a stunning lap that averaged 134.403mph.

Two more podiums came in the two Monster Energy Supersport Races, but it was the PokerStars Senior Race that was the undoubted highlight of last year’s event. Hickman went head-to-head with Dean Harrison for the entire six-lap race distance, and there was never more than a handful of seconds between the duo. But Hickman made sure of the win with his record-breaking final lap – a lap that has led many to believe it’s a question of when, not if, he’ll break the 136mph barrier.

Hickman was equally as brilliant elsewhere in 2018, with victories at the North West 200, Ulster Grand Prix and Macau Grand Prix, thereby achieving the rare feat of winning at every International Road Race during the course of a single season. He also finished fifth in the British Superbike Championship, making it through to the Showdown section of the series for the second successive year, confirming his status as the UK’s best all-rounder.

Hickman has already confirmed that he will remain with the Smiths Racing BMW outfit for 2019 and pilot the all-new and hotly anticipated BMW S1000RR Superbike. He spoke with Steve Plater about the season ahead back at the Motorcycle Live show in November, and will be in attendance at the Official TT Launch Show on March 19th.