Peter Hickman became just the fourth rider to win four races in a week at the Isle of Man TT Races fuelled by Monster Energy, when he took victory in Saturday’s Milwaukee Senior TT Race. It was Hickman’s second Senior TT win and ninth in total. 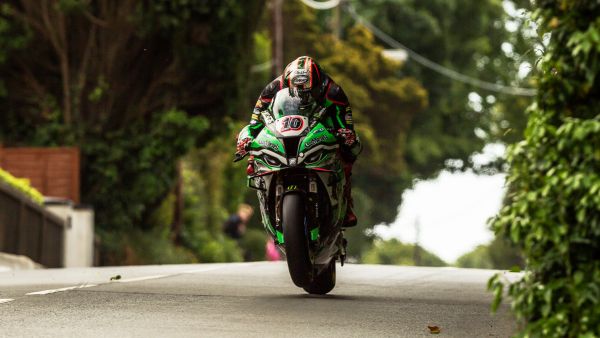 With conditions similar to the Supersport race the day before, the strong winds over the Mountain continuing, Harrison led at the first timing point at Glen Helen, his lead over Hickman just half a second. Todd was eight tenths of a second further back with team-mate Cummins just half a second in arrears. Michael Dunlop (Hawk Racing) and Ian Hutchinson (Milwaukee BMW Motorrad) slotted into fifth and sixth.

Over Ballaugh Bridge and Hickman had turned his deficit into a 2.4 s lead, the BMW rider having a great run from Glen Helen, and rounding Ramsey Hairpin for the first time he’d stretched the gap to 4.1 s. Cummins was now up to third, 3.2 s down on Harrison and 1.1 s up on Todd with Dunlop and Hutchinson holding station.

Hickman built on his lead up and down the Mountain and with an opening lap of 132.381mph he now led Harrison by an ominous looking 8.3s. Cummins was exactly five seconds adrift in third and was now almost three seconds ahead of Todd. Dunlop was still in fifth but it was now Dominic Herbertson (Gilbert Brown & Son) in sixth ahead of James Hillier (RICH Energy OMG Racing), Hutchinson, Jamie Coward (KTS Racing powered by Steadplan) and Craig Neve (Callmac Scaffolding).

Through Glen Helen on lap two and Hickman added another half second to his lead and after overhauling Todd on the road along the Cronk y Voddy straight, his advantage was up to 10.1s as he leapt Ballaugh Bridge. Cummins, Todd and Dunlop remained in third to fifth and Hillier was now up to sixth. 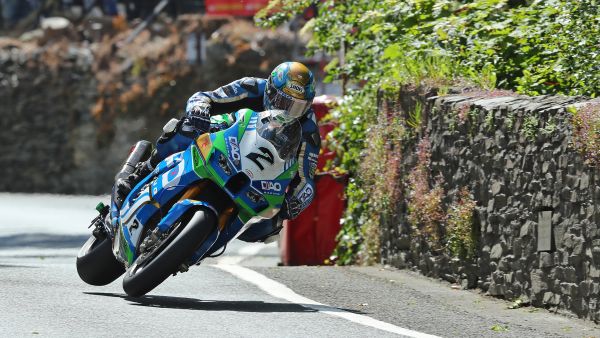 Just like the opening lap, Hickman built on his lead through each sector on lap two but whilst Harrison had a clear road in front of him, the Burton upon Trent rider was having to work his way through traffic slipping up the inside of Dunlop at Ramsey Hairpin. His team-mate Brian McCormack was out of luck though as he retired at Ballaugh.

Another good run over the Mountain, and a second lap of 132.627mph, the fastest of the race, saw Hickman’s lead sit at 14.6s as he made his first pit stop. Harrison was 13.5s ahead of Cummins who only had a 1s gap to Todd, whilst Dunlop and Hillier still sat in fifth and sixth although the latter lost time when he overshot his pit box. The running order behind was now Herbertson, Hutchinson, Coward and John McGuinness MBE, the latter just ahead of the impressive Mike Browne. 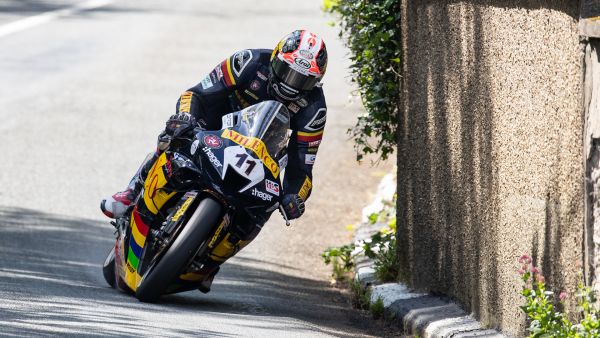 McGuinness was then hit with a 30s penalty for exceeding the pit lane speed limit but that was of little concern to Hickman who, as a result of having a slightly slower pit stop than Harrison, was 10.4s clear rounding the left hander at Glen Helen on lap three. Harrison was suffering with a holed windscreen, the legacy of having hit a bird, whilst Todd had moved ahead of Cummins albeit by just 0.3s.

Although the lead was reduced at Ballaugh, Hickman responded on the run to Ramsey and was 11.3s ahead of Harrison with Cummins having nosed back ahead of Todd, the gap still less than half a second. Dunlop was holding onto fifth with Hillier back up to sixth after regaining the time he’d lost at the pits.

At the end of lap three, half race distance, Hickman had extended his lead considerably to 18.6s and although Harrison was comfortably in second, the battle for third was continuing to rage with Cummins 0.8s ahead of Todd. Dunlop, Hillier, Hutchinson, Herbertson, Coward and Neve were running fifth to tenth but both Gary Johnson and Michael Rutter were forced to retire at the pits. 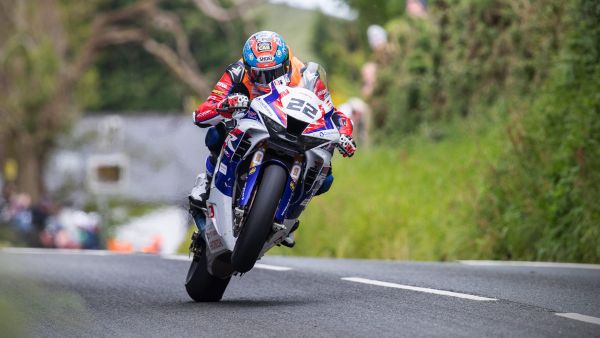 Coming into the pits for the second stop at the end of lap four and Hickman was controlling his advantage over Harrison, the margin 19.3s with two laps remaining. The battle for third was going in the favour of Cummins with the Manxman having eked out a gap of 2.7s. Fifth to ninth remained the same, however Glenn Irwin (Honda Racing UK) had moved into tenth at the expense of Neve, the fastest newcomer’s first Senior TT came to an as he was forced to retire at the pits, but he had already done enough to win the TT Newcomers Trophy.

Once again, Hickman’s lead was cut after the pit stop but the 35-year old had everything under control and with no issues over the final two laps, he duly took the chequered flag by 16.918s. In the fight for third, Todd had brought the gap to Cummins down to half a second at Ramsey last time around but it was Cummins who had the better run over the Mountain to take the final podium position by 2.8s.

Dunlop and Hillier completed the top six with Hutchinson, Coward, McGuinness and Nathan Harrison completing the top ten, the latter having another brilliant ride with a final lap of 128.087mpn, meanwhile having previously been a top ten contender, Dominic Herbertson unfortunately came off at Glen Helen. 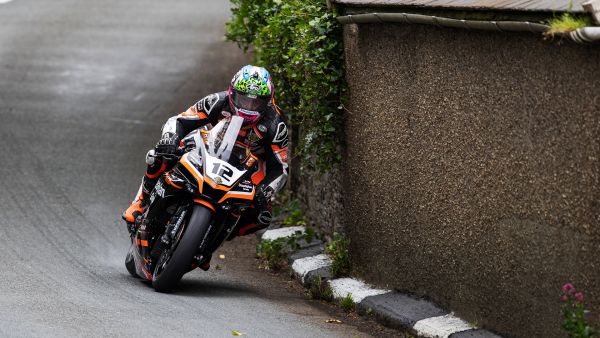 The result means Hickman won the Joey Dunlop TT Championship with 111 points, 22 ahead of Harrison (89) and Dunlop (88). In the race for the TT Privateers Championship, it was Coward who prevailed with a maximum 125 points with Kawasaki claiming the TT Manufacturers Trophy and DAO Racing Kawasaki taking the Team Award.