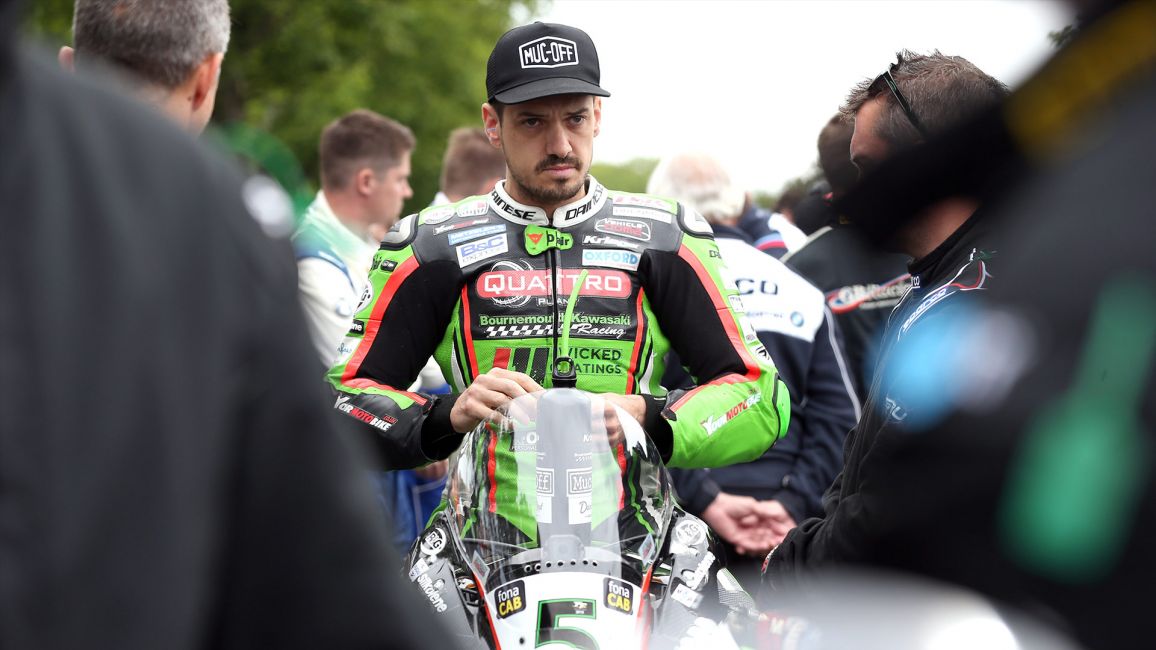 After a ten-year relationship that included 14 TT podiums and a TT Race win, Bournemouth Kawasaki have today confirmed that James Hillier will not be with the team for the 2020 season.

In a tweet published on Saturday morning, the Bournemouth Kawasaki team said: “After an amazing 10 years it’s time for James Hillier to depart for pastures new – what an amazing journey we have had. Massive thanks to James and his family and the best of luck in 2020. James will always be a huge part of [our] history. #racingfriendsfamilygreatmemoriesforever.”

The news does not come as a great surprise, with Hillier acknowledging that he has been curious to ride for other manufacturers for a number of years.

Speaking at Motorcycle Live before the split had been announced, he said: “There’s nothing wrong with what I have and I do believe in it, but there’s a part of me that wants to try something different and I don’t want to get to the end of my career having not done that and wish I had.”

However, the winner of the 2013 Lightweight TT also acknowledged that the TT rider market is more competitive than ever and finding a new team that can deliver the package he needs could be difficult.

“There’s almost more good riders than there are good rides at the moment and with the TT it has to be a right choice and it’s a long year to wait to have a go on something else so I don’t want to jump into something that might not be quite right” he added.

With the rider line-ups already confirmed at Honda Racing, Padgetts Motorcycles, Smiths Racing and Silicone Engineering, it will be interesting to see where the 34-year old ends up and whether the Bournemouth Kawasaki Team - who typically run a one-rider team - will be back in 2020.