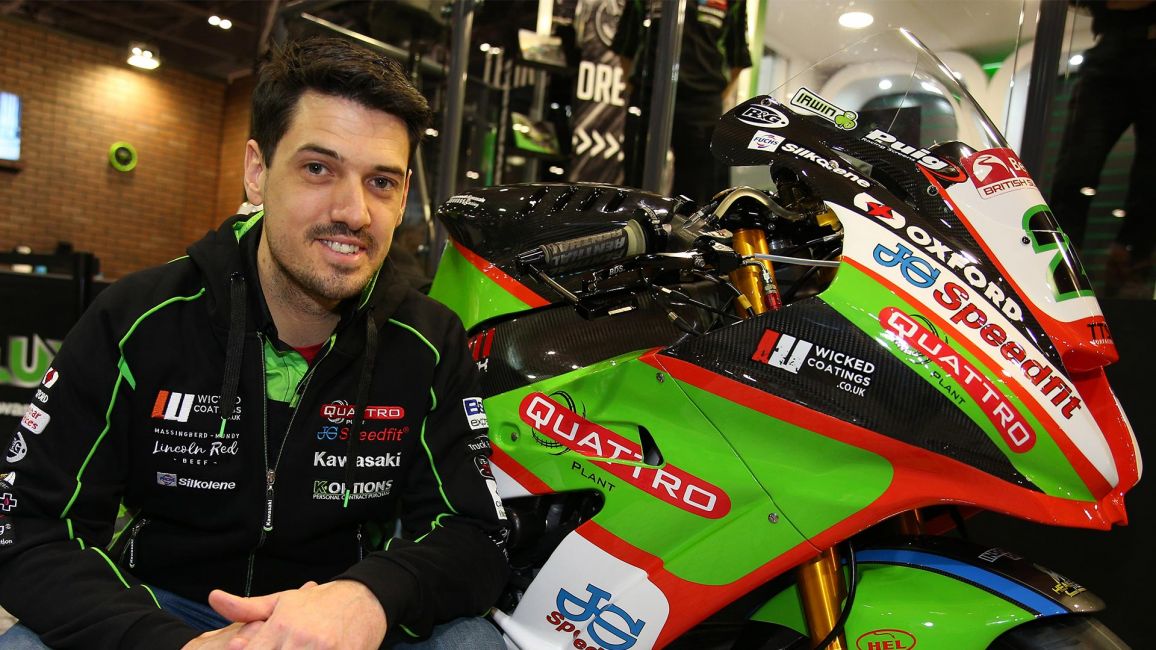 Quattro Plant Wicked Coatings Kawasaki have today announced that James Hillier will remain with them for an eighth successive year in 2019, with the firm aim of challenging for race wins at the Isle of Man TT Races Fuelled by Monster Energy.

Hillier, winner of the 2015 Bennetts Lightweight TT, will contest the RST Superbike, RL360 Superstock and Senior TT Races on the all-new Kawasaki ZX-10RR and the two Monster Energy Supersport TT Races on board a Kawasaki ZX-6R.

Having made his Mountain Course debut in 2008, the Hampshire rider is established as a regular contender for honours and now has an impressive haul of twelve podiums - the most recent of which coming last year, with third place finishes in the RST Superbike and second Monster Energy Supersport TT Races.

In addition, he finished fourth in the opening Monster Energy Supersport race - less than two seconds off the rostrum - and fifth in the RL360 Superstock Race. Only a first lap retirement in the Senior TT Race, when the engine’s sump was ripped off at the bottom of Barregarrow, prevented a complete run of finishes.

Hillier first stood on the podium in 2012 and has done so at least once every year since then. His phenomenal finishing record since 2011 has seen him fail to finish just two of the 43 races he has started – with all but two of those 41 finishes inside the top ten.

Hillier is one of the most consistent performers around the 37.73-mile Mountain Course and has now taken a remarkable 51 finishes from his 55 race starts since 2008. Those 51 finishes have seen him win 47 silver and 4 bronze replicas and as well as the 12 podiums he has now finished inside the top ten on no less than 40 occasions.

His personal best lap of the Mountain Course stands at 132.414mph which currently makes him the seventh fastest rider of all time and with 32 racing laps at more than 130mph, only Michael Dunlop and John McGuinness have a greater total than the Ringwood rider, who turns 34 next month.