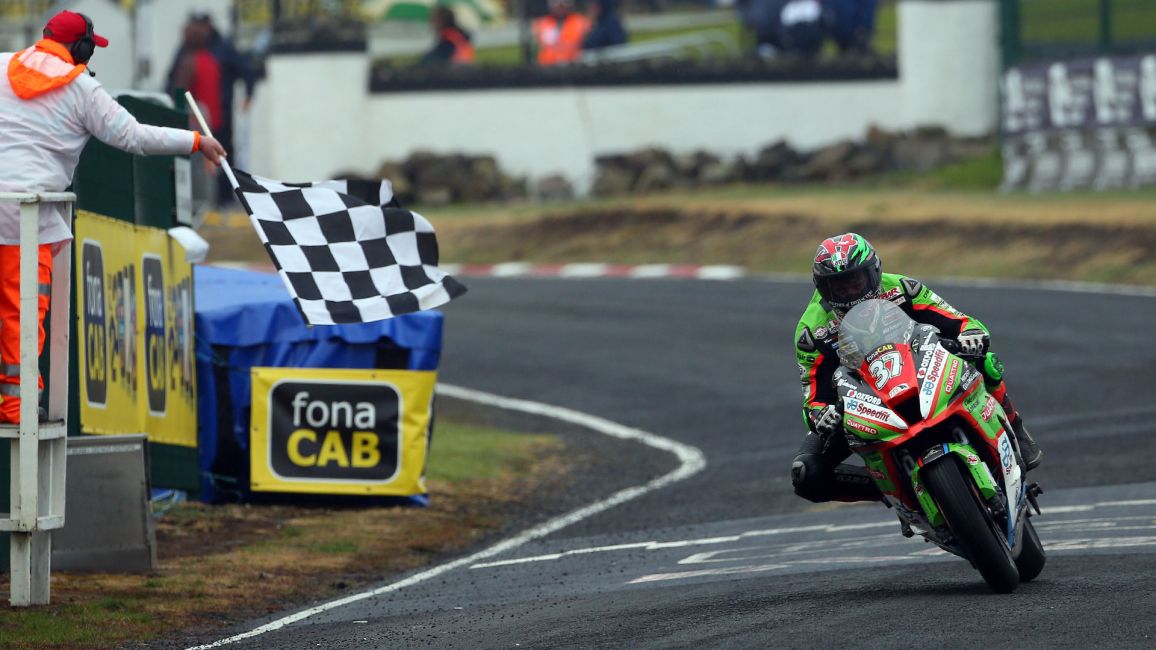 The North West 200 concluded on Saturday with a four-race schedule dominated by inclement weather and treacherous conditions. Nevertheless, there was a strong showing by the TT contingent with James Hillier claiming his first win at the venue and Davey Todd taking his first ever International Road Race victory. Ideal preparation for their campaigns at the Isle of Man TT Races fuelled by Monster Energy which get underway in less than a week’s time.

Hillier was named Man of the Meeting after taking first in the Superstock race and second in the feature Superbike race, complimenting a third-place finish in Thursday’s Supersport race and a fourth-place finish in the Superstock race the same evening. The Quattro Plant Wicked Coatings Kawasaki rider comes into TT 2019 in scintillating form and looks set to add to the 12 TT podiums he’s taken previously.

Todd was in superb form all day, with his maiden victory coming on the Milenco by Padgetts Honda in the Supersport race. The podium was completed by Derek McGee and Todd’s team-mate, Conor Cummins.

Cummins continues to thrive with the Padgetts Honda team, taking another third-place finish in the feature Superbike race. Finishing just behind Hillier, the duo were in contention for the win throughout with Hillier leading for three of the four laps.

But he made no mistakes in the Superstock race and took a superb lights-to-flag victory. With a lead in excess of 20 seconds at one stage, Hillier was able to ease back in the closing stages and he heads into the TT, his main event of the year, in a confident mood.

It proved to be a more challenging day for some of the other leading TT contenders, with outright TT lap record holder, Peter Hickman, opting out of the majority of the race action, preferring not to take any unnecessary risks ahead of the big two weeks ahead.

Lee Johnston and the Honda pairing of Ian Hutchinson and David Johnson also decided to skip their respective races due to the inclement weather, with the latter two having work to do during practice week at the TT after a number of issues in Northern Ireland.

Dean Harrison followed up a podium on Thursday with fourth place in Saturday’s Superstock race, held in tricky conditions. However, his pace in the dry was exemplary and is a clear indicator of form he comes into the TT with.

Michael Dunlop was another who chose not to take too many risks in the poor conditions but, like Harrison, he fared very well in the dry. Dunlop’s form was particularly impressive given the eleven month lay-off since his last competitive appearance at TT 2018.

John McGuinness got his first race finish on the Norton Superbike, with Paul Jordan and Derek Sheils both taking top four finishes on Saturday ahead of their respective TT campaigns.

Meanwhile, one of the best performances on Saturday was from newcomer Lukas Maurer who also makes his TT debut this year. Maurer had already impressed on Thursday in the dry but truly shone in the wet. After taking a strong ninth in the Superbike race, he completed his day with a brilliant fifth place in the Superstock race. He’ll certainly head to the island in confident mood but will be well aware of the challenge that lies ahead.