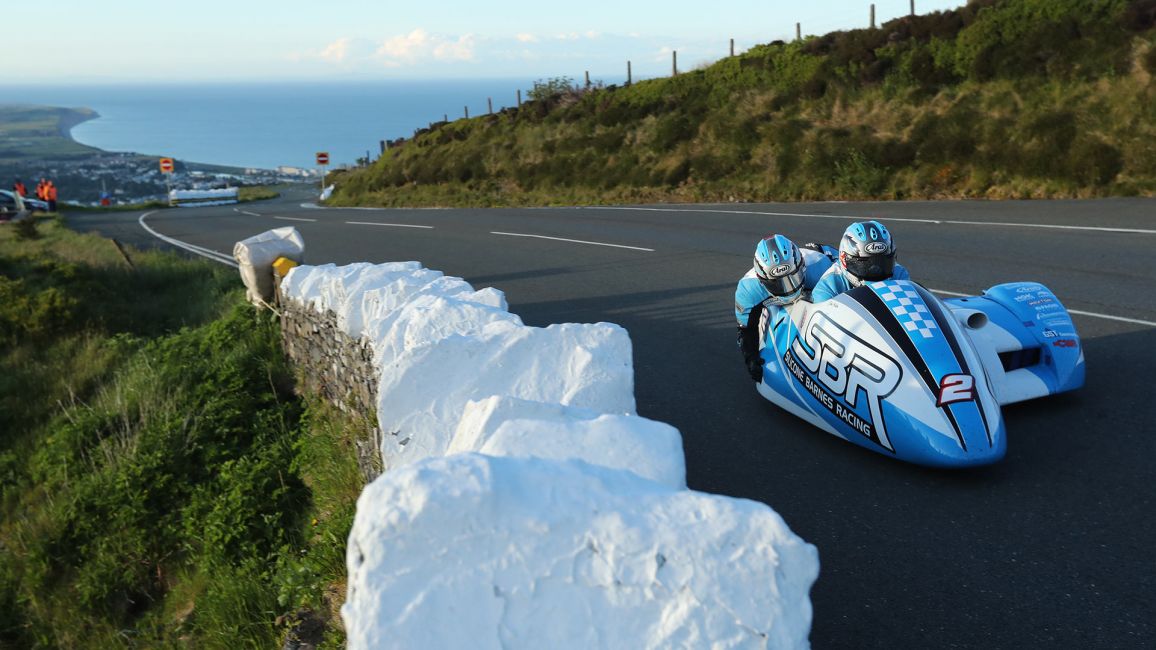 At 8.04pm it was the turn of the Formula Two Sidecars to get their first session and there was little to choose between Ben and Tom Birchall and John Holden/Lee Cain on the opening lap but it was the latter that set the best opening lap with a speed of 114.99mph.

The Birchalls lapped at 111.55mph but that put them fifth quickest with Pete Founds/Jevan Walmsley (112.90), Alan Founds/Jake Lowther (111.89) and Lewis Blackstock/Patrick Rosney (111.80mph) all slotting in ahead of them.

Two of the front runners had problems though with Tim Reeves/Mark Wilkes stopping to make adjustments with Dave Molyneux/Harry Payne retiring at Laurel Bank but arguably the biggest story came from newcomers Ryan and Callum Crowe, the sons of former five-time winner Nick Crowe lapping at a stunning 109.76mph on their 675cc Triumph.

Second time around and Founds/Walmsley upped their pace to 114.40mph, which was only 2.2 seconds off their best ever lap of the Mountain Course, whilst brother Alan went slightly quicker with a speed of 112.35mph. Estelle Leblond/Frank Claeys and Gary Bryan/Phil Hyde both lapped in excess of 108mph with the returning Allan Schofield, with Steve Thomas in the chair, also going well at 107.88mph.