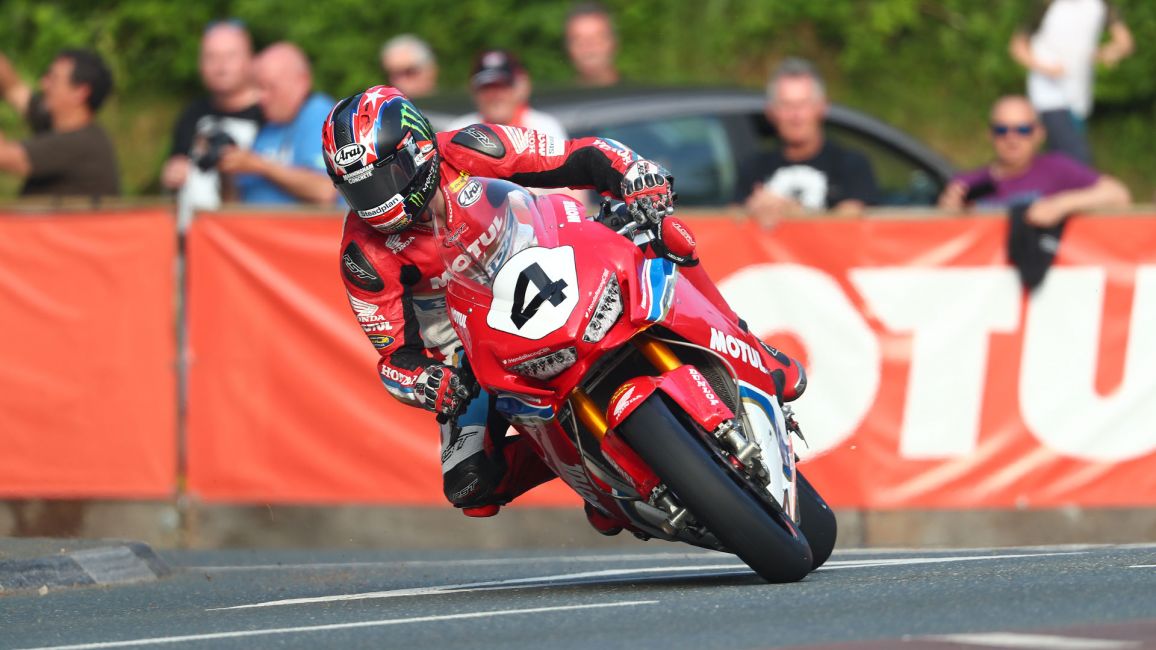 Honda Racing has confirmed that Australian David Johnson will line-up alongside Ian Hutchinson for the 2019 Isle of Man TT Races fuelled by Monster Energy.

Both road racing experts will contest the RST Superbike, Senior and RL360 Superstock Races aboard the CBR1000RR Fireblade SP2, with the team also preparing a CBR600RR machine for Hutchinson for the two Monster Energy Supersport Races.

Johnson made his debut at the TT in 2010 aboard Honda machinery where he claimed the accolade of fastest newcomer that year. The Australian has since racked up three 4th place finishes around the Mountain Course and was close to a podium last year in the Superbike Race. He has a fastest lap of 131.595mph, which he set in the 2015 Senior TT, which makes him the twelfth fastest rider of all time around the TT Mountain Course.

Teammate Hutchinson continues with Honda after a valiant return last year, while recovering from injury. Displaying incredible drive and determination throughout 2018, the Bingley Bullet is coming into the new road racing season with more bike time under his belt as he looks to return to winning form and add to his sixteen TT Race victories.

The Honda Racing team will now embark on a comprehensive testing programme before tackling the road circuits, starting with the North West 200 in May.

David Johnson- "I am really happy to join the Honda Racing team for this season. Over the years they have been incredibly successful on the roads and won a lot at the TT. I feel that I will gel with the Fireblade, so I’m very excited to get started and ride the bikes. With Hutchy getting fitter from his injuries I think we’ll work together well and I will have some great people around me in the team. I can’t wait to get back to the UK and start testing!"

Ian Hutchinson- "I’m feeling confident coming into this season on the roads. Last year was about building back up and learning the Fireblade again. The results were a little disappointing, as they didn’t reflect the hard work that went in behind the scenes. But since the TT I have been out on a track Fireblade and also my road bike, so with that mileage and the testing programme we have for this year, I think we’ll be in a strong position when we arrive at the North West 200. I’m keen to get started and looking forward to the team’s first test."

Jonny Twelvetrees, Honda Team Manager, commented- "I’m really pleased to have Davo with the team for this season, he’s been a strong contender since his debut in 2010 and I know it won’t be long before he’s on the TT podium. He had a good season last year with two 4th places at the TT and a podium at the Ulster, so I’m excited to see what he can do on the Fireblade this year. With Hutchy we’re certainly going to see a huge difference compared to last year. Since the TT he’s had a lot of quality bike time, both on-track and also road riding, as always he’s training hard and will be coming into the season right back up there; so I think we’re in for some good racing. I’m looking forward to getting everyone together at the first test so we can start pushing on. It’s a long time between the races so the competitiveness has time to build up!"

Ian Hutchinson and David Johnson will both be at the Official Launch of the 2019 Isle of Man TT at the Villa Marina on the Isle of Man on Tuesday 19th March, alongside riders including Peter Hickman, Dean Harrison, John McGuinness, Michael Dunlop and Conor Cummins. The event will be streamed live and in full on the iomttraces.com website from 8pm.