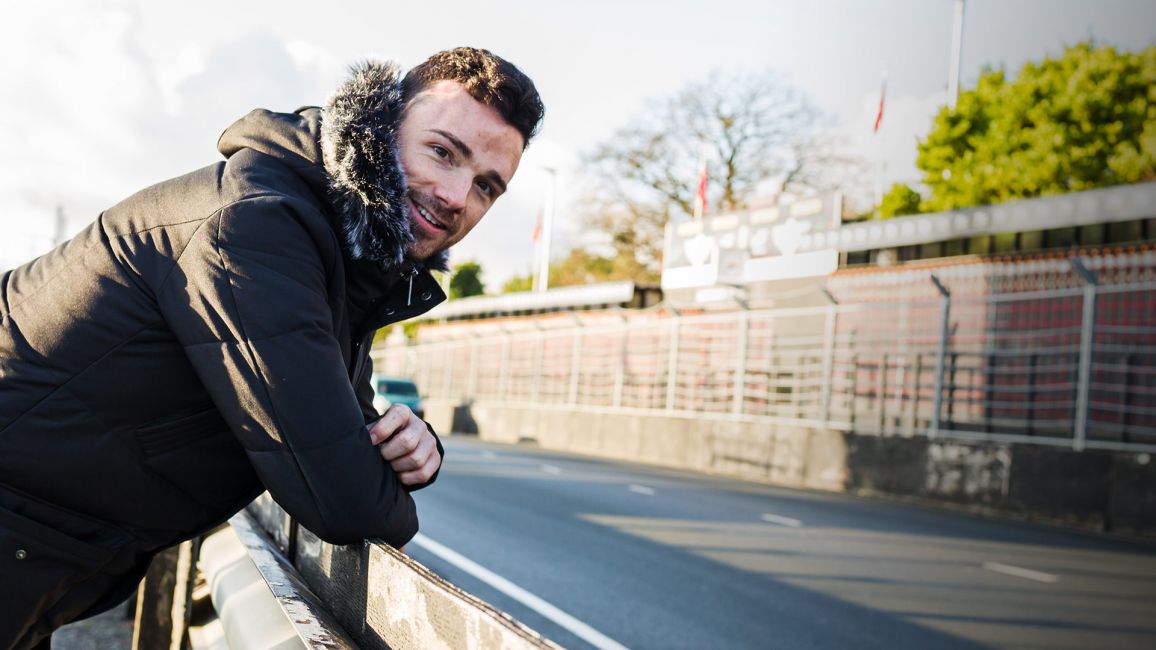 Honda Racing’s Glenn Irwin has been getting laps under his belt as he continues his preparations ahead of his Mountain Course debut at the 2020 Isle of Man TT Races.

Whilst Irwin will be wearing an orange newcomer’s vest at next year’s TT, the Carrickfergus-man is no stranger to road racing having previously contested the Ulster Grand Prix, North West 200 and Macau Grand Prix.

As a newcomer to the TT Course, Irwin has been visiting the Isle of Man to complete laps with approved Mountain Course Instructors in order to obtain an ACU Mountain Course Race Licence.

Under the instruction of TT Rider Liaison Officers Richard ‘Milky’ Quayle and John Barton, Irwin has already been on Manx shores on a number of occasions to begin learning the 264 corners and 37.73 miles that make up the TT Course.

Speaking whilst on the Island earlier this week, Irwin said: “I’ve been over a few times already and have done 18 laps in the car to date. I plan on making a trip over for three days every fortnight between now and the start of the TT”

“I spent hours on the Xbox game initially to learn the general direction and then started watching onboard laps – I’ve watched over 300 up to now.”

“I started with watching a lap with Milky’s narration and then the lap with [Peter] Hickman’s commentary from 2018. There’s also an onboard from John [McGuinness] in 2015 where he did 132mph average from a standing start that I’ve been watching. After watching the guided laps, I’m able to watch a non-guided lap and watch out for the pointers that Milky and Pete make reference to.”

Irwin has previously taken podiums and victories at the Ulster Grand Prix, the North West 200 and the Macau Grand Prix and says he’s using the same approach he’s used previously to learn the TT Course:

“Just like any other road race, the whole course deserves full respect. I don’t think I’m treating my approach to [the TT Course] any differently to any other road races, but it certainly takes more time to learn it due to the length of a lap!”

“I’m working extra hard on sections that will take the most time to learn – Ginger Hall to Glen Trammen and the fast run into Ballaugh Bridge look tricky.”

The Honda Racing man was eager to thank those who had helped with his learning so far including Richard ‘Milky’ Quayle and John Barton, the TT Rider Liaison Officers:

“Milky and Johnny have been amazing. Milky’s insight is incredible – he must know where every bump and reference point is on the Course – and his enthusiasm is brilliant. I like working with passionate people and his really bubbles through on each lap I get with him.”

“Johnny’s lap today was great. Every person I do a lap with has something different to say that registers. It’s all similar but somebody will say it in a way that just clicks with myself.”

The British Superbike race winner has also been fortunate enough to receive some guidance from a number of other TT stars from past and present:

“I asked Peter [Hickman] how many laps he did – he said 70 so I said I’ll do 71! Joking aside everyone’s been really helpful. He said he’d take me for a lap when we’re both on the Island and Bruce [Anstey] is going to do one with me when he can.”

“Big Conor [Cummins] is a good friend and it’s not his style to take people round on laps so I really appreciate the fact he’s spent a day with me – I couldn’t believe it when he gave me a free coffee as well!”

“Steve [Plater] is going to do a bit with me too. I’m trying to tap into as many minds and as much experience as possible – every little bit will help piece together my own jigsaw. The most important bit is I’m prepared to learn so any lap I do or any advice I get is being stored in my head.”