In the first race of the Isle of Man TT Races fuelled by Monster Energy, Peter Hickman appears to be starting as he means to go on as he lead the six-lap RST Superbike race from start to finish on his Gas Monkey Garage by FHO Racing BMW, coming home 39.9s clear of Dean Harrison (DAO Racing Kawasaki) and Michael Dunlop (Hawk Racing) for his sixth TT victory.

Hickman set the fastest lap of the race at 133.461mph but there was disappointment for several of the leading runners including the Milenco by Padgett’s Motorocycles duo of Davey Todd and Conor Cummins and Lee Johnston (Ashcourt Racing), all of whom were early retirements.

That meant it was Ian Hutchinson (Milwaukee BMW Motorrad) who came through for fourth ahead of John McGuinness MBE(Honda Racing UK) on his 100th TT race start and Jamie Coward (KTS Racing powered by Steadplan). Glenn Irwin (Honda Racing UK) finished in a brilliant eighth place and became the fastest ever newcomer with a final lap speed of 129.849mph. 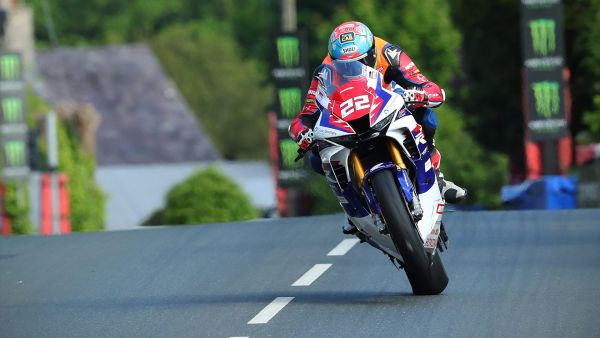 GLENN IRWIN SETS A NEW RECORD FOR FASTEST EVER NEWCOMER AT 129.849MPH

Starting at 12:15pm, Hickman led through Glen Helen on the opening lap with Todd 0.6 second a drift and Harrison a further 0.3 seconds in arrears. Cummins was in fourth, 1.2 seconds behind Harrison, with Dunlop and James Hillier (RICH Energy OMG Racing Yamaha) completing the top six.

By Ballaugh, Hickman had pulled 3.1 seconds clear of Todd but he had Harrison and Cummins for close company, just 1.5 seconds covering the trio, Dunlop and Hillier were still in fifth and sixth but some 8 and 11 seconds behind the pace setting Hickman.

By Ramsey, Harrison was leading on the road and up to second albeit just as Todd was only 0.004s further back in third. Cummins was still well in touch though, only seven tenths behind team-mate Todd but it was still Hickman in the lead and, indeed, he’d extended his lead to six seconds.

The BMW rider continued to build on his lead and with an opening lap of 133.17mph, he’d soared 9.3 seconds clear of Harrison and it was now Cummins in third, just under half a second clear of Todd. Dunlop was in fifth and it was now Johnston in sixth, the last rider to lap in excess of 130mph. Hillier, Hutchinson, Coward and McGuinness rounded out the top ten with Irwin just outside in 11th after a first lap speed of 128.12mph.

By Glen Helen on lap two, Hickman had increased his lead over Harrison to 11.9s and he, in turn, had eked out a bit more time over Cummins, the gap between the two now 2.5s. There was little to choose between the Manxman and Todd but the latter’s race soon ended in a retirement at Sulby Bridge. That promoted Dunlop up to fourth with Johnston and Hillier now in fifth and sixth. 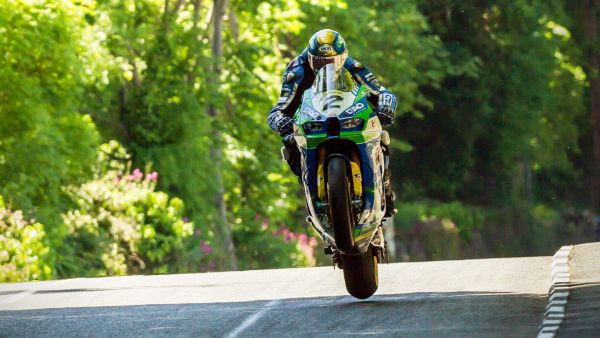 None of them could do anything about Hickman though who was stretching his advantage at each and every timing sector. Indeed, with a lap of 133.461mph, he arrived at the pits for his first pit stop at the end of lap two with a lead of 16.8s over Harrison.

Dunlop was third though as Cummins was out having stopped just after the Creg and fourth to sixth was now occupied by Johnston, Hillier and Coward. Irwin had moved up to ninth after lapping at 128.32mph but Johnston didn’t get much further as he retired at Quarter Bridge at the start of lap three. In what was proving to be a race of attrition, there were further retirements from Gary Johnson, Phil Crowe, Sam West, Brian McCormack and Derek Sheils.

Back on track and Hickman’s lead at Glen Helen on lap three was 18.1 seconds but although Harrison and Dunlop were still in second and third, the retirements and pit stops saw a shuffle further back with Hutchinson up to fourth from McGuinness and Hillier, Coward had slipped back to seventh with Irwin now eighth.

At half race distance, Hickman was up to second on the road having overtaken Dunlop at Windy Corner and his lead over Harrison had moved out again to 22.8 seconds. Dunlop was a further 18.5 seconds back and McGuinness was up to fourth albeit only three quarters of a second ahead of Hutchinson. Hillier was still holding onto sixth from Coward, Irwin, Shaun Anderson and Michael Rutter.

Just outside the top ten were Dominic Herbertson, local rider Nathan Harrison, Rob Hodson, Craig Neve and Paul Jordan all of whom were having strong rides.

At the sharp end, and with a comfortable advantage, Hickman was controlling his lead, extending it to more than half a minute with two laps to go, but Dunlop tracked him for the entire fourth lap and that helped him cut the gap to Harrison from 18s down to just 6 seconds. The battle for fourth was still wide open too with only 13 seconds separating McGuinness, Hutchinson, Coward and Hillier. Irwin continued to hold on to eighth after another new personal best of 128.49mph.

There was to be no late drama for Hickman and, after two more trouble free laps he duly took the chequered flag by almost 40s whilst Harrison responded to Dunlop’s threat to get the better of the Ulsterman by more than 17 seconds.

The race for fourth went the way of Hutchinson from McGuinness and Coward with Hillier, Irwin, Anderson and Michael Rutter completing the top ten. Herbertson took 11th with Nathan Harrison finishing in a fine 12th in his first TT race, lapping at more than 127mph on his final lap.