The third qualifying session at the 2022 Isle of Man TT Races fuelled by Monster Energy saw more 130mph laps laid down but it was Dean Harrison, DAO Racing Kawasaki, who moved to the top of the leaderboard with a lap of 131.767mph.

With good conditions all around the course, Michael Rutter was once again the first rider to set off towards Bray Hill, swiftly followed by Harrison, Ian Hutchinson, James Hillier and the FHO Racing pairing Brian McCormack and Hickman. All were Superbike-mounted but, 2019 TT winner, Lee Johnston had again opted for his Supersport machine. 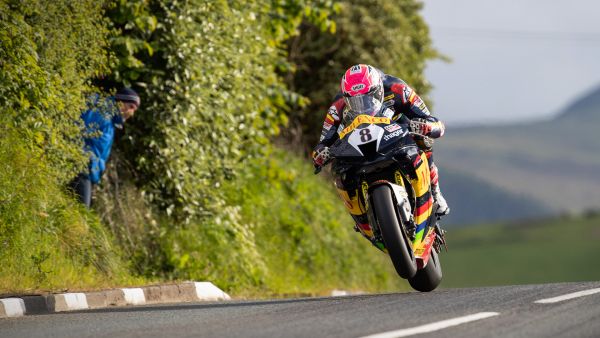 ONLY A TECHNICAL ISSUE COULD SLOW DAVEY TODD DOWN TONIGHT

At the head of the field, Dean Harrison was the man setting the pace on lap two and he crossed the line at 131.767mph to move to the top of the leaderboard. Harrison was shortly followed by this year’s rising star, Davey Todd who increased his lap time once again, hitting 131.655mph, but Todd’s hopes of responding were dashed as he was reported as having stopped at Casey’s.

Meanwhile, Peter Hickman was again quickest in the Superstock class, the Gas Monkey Garage by FHO Racing man lapping at 130.695mph. Hickman’s fine form continued in the Supertwin, out for the first time on the VAS Engine Racing Paton, he put in a lap of 118.983mph placing him second fastest overall.

Unfortunately, a non-racing medical urgency brought the session to an end at 7.12pm with an ambulance needing to get onto the course to attend to the patient. The session resumed just before 7.30pm for the Supersport and Supertwin classes. 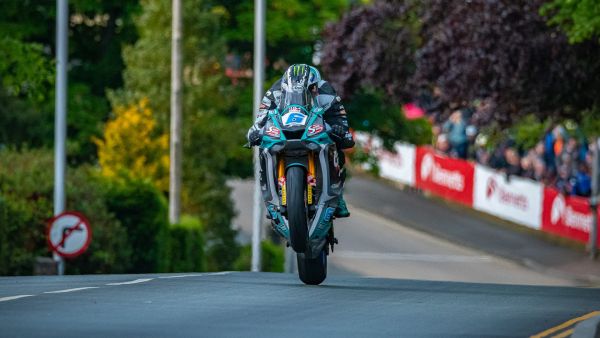 DUNLOP LEADS THE WAY IN THE SUPERSPORT CLASS

Michael Dunlop and Jamie Coward topped the Supersport and Supertwin timesheets respectively with speeds of 125.938mph and 119.775mph. Dunlop setting the pace in the 600s and his first lap of 125.386mph was more than eight seconds quicker than Johnston’s second lap speed of 124.444mph.

After a delay of almost thirty minutes due to an incident in the Supersport and Supertwin classes, the Sidecars were able to get out onto the Mountain Course for the first time since Sunday afternoon but with both time and light disappearing, it was only for one lap. 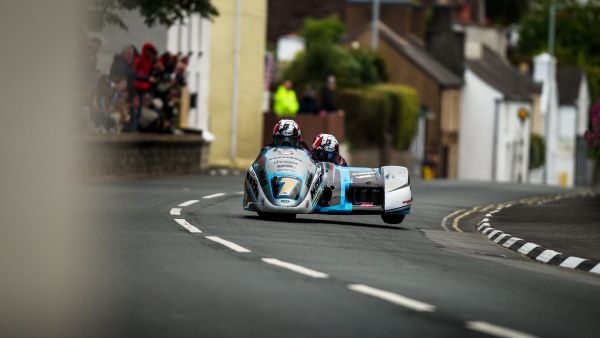 As expected, the Birchalls, on the Haith Honda, set the pace through all the sectors but Pete Founds/Jevan Walmsley were staying in touch but both Dave Molyneux/Darryl Gibson (DMR) and John Holden/Jason Pitt stopped, at Cronk-y-Voddy and Sulby respectively. Both pairings were able to get going but the Birchalls continued to lead the way and completed their solitary lap at 115.663mph, not surprisingly the quickest of the week so far.