HICKMAN PICKS UP THE PACE

Once again, the pace continues to pick up during the fifth qualifying session for the 2022 Isle of Man TT races fuelled by Monster Energy, with Peter Hickman lapping at 133.22mph on his Gas Monkey Garage by FHO Racing BMW.

Hickman continued to top the leaderboard for the Superstock and Supertwin classes, at 129.910mph and 120.994mph respectively on his Gas Monkey Garage by FHO Racing BMW and VAS Engine Racing Paton, but it was close in the latter with Michael Dunlop just 0.2s slower on his Paton. The Ulsterman had the consolation of being quickest in the Supersport category after lapping at 126.662mph on his MD Racing Yamaha.

As per previous nights, Hickman, Harrison and Davey Todd (Milenco by Padgett’s Motorcycles) were the riders setting the pace but it was again Hickman who was impressing the most and he crossed the line first after lapping at a superb 133.22mph. That was 6.83s quicker than Harrison’s 132.333mph with Todd just 1.1s further back after posting his best lap of the Mountain Course to date, 132.187mph.

Michael Dunlop slotted into fourth on the Hawk Racing Suzuki at 131.44mph, his best lap of the week so far, with Conor Cummins on the second Padgetts machine, the fifth and final rider to lap in excess of 130mph at 130.489mph. Hillier placed sixth at 128.431mph but Dunlop had an early stop at Ballacraine on his second lap before rejoining. 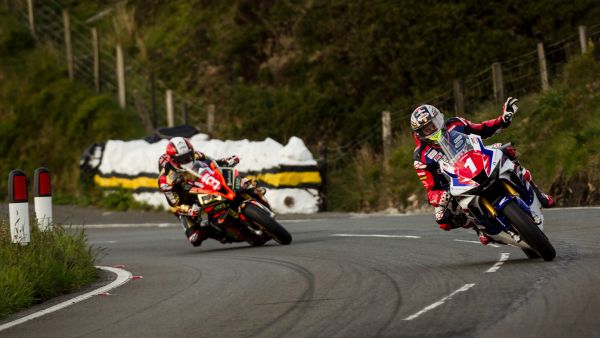 MCGUINNESS AND RUTTER KEEP UP THE COMPETITIVE SPIRIT.

Back at the head of the field and Hickman was really pressing on but just when it looked like he’d post a quicker lap, he ran out of fuel and pushed in from Governor’s Bridge. None of the top four riders went any quicker but both Cummins (130.867mph) and John McGuinness MBE (129.278) did improve, with the latter knocking Hillier out of the top six.

Hickman got back out on track on his Superstock BMW and topped the class with a lap of 129.91mph which put him ahead of Todd (128.933mph), Cummins (128.733mph) and Dunlop (127.642mph) whilst Glenn Irwin, after experiencing trouble with his Superbike, was eighth quickest on his Honda at 126.689mph, yet another personal best for the newcomer.

In the Supersport class, Lee Johnston (Ashcourt Racing) set the initial pace with a lap of 125.202mph and he was able to hold on right up until the closing moment when Dunlop set the fastest 600cc lap of the week at 126.662mph. Johnston slipped back to fourth after Harrison (125.563mph) and Jamie Coward (125.213mph) both overhauled him in the final minutes, whilst Todd (124.014mph) and Hillier (123.784mph) completed the top six.

The Supertwins were the last class to get out on the course and it was Lee Johnston who again set the early pace after a lap of 117.178mph on his Aprilia before Hickman took over the top spot with a lap of 119.719mph. Johnston improved second time around to 118.454mph as did fourth placed James Hind (118.38mph) but Hickman and Dunlop were more than twenty seconds quicker than anyone else with their respective laps of 120.994mph and 120.965mph, the first laps over 120mph of the week in this class. 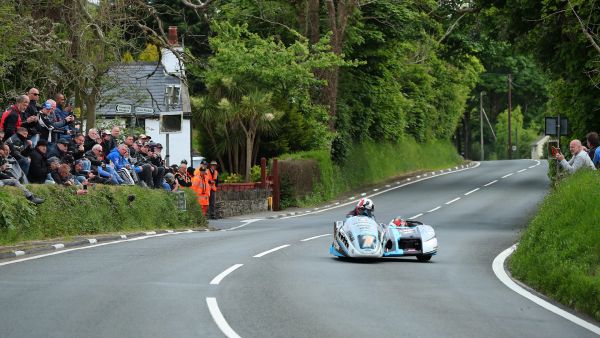 THE BIRCHALL BROTHERS CONTINUE TO DOMINATE THE SIDECAR SESSIONS

Due to a change in schedule, the Sidecars had got the evening underway at 6.30pm and it was the Birchalls who were again first away followed by John Holden/Dan Sayle, Tim Reeves/Kevin Rousseau, Dave Molyneux/Daryl Gibson and the Manx Crowe brothers.

Gary Bryan/Phil Hyde made an early stop just after Union Mills before proceeding but all the sector times had the Birchalls as comfortably the quickest and that proved to be the case as they completed the opening lap at 117.516mph. The quickest lap of the week so far, that was some 19.5s quicker than the Crowes whose lap of 115.564mph was another personal best.

WATCH ON DEMAND WITH THE TT+ LIVE PASS