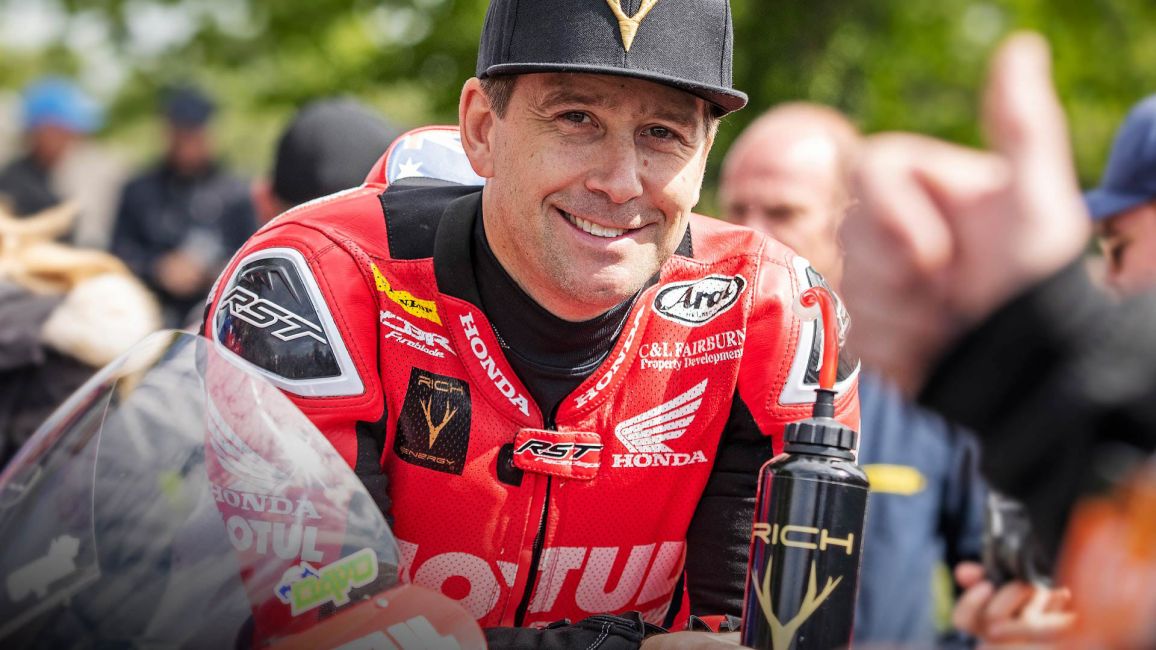 OMG Racing have revealed that David Johnson will join the team for their debut campaign at the Isle of Man TT Races in 2020.

The news comes only a day after the Staffordshire-based team, which formed less than two years ago, announced they would be running their first road racing campaign alongside their efforts in the British Superbike Championship next year.

Johnson, who made his TT debut in 2010, joins after spending a season with the Honda Racing outfit. Despite another difficult year for the official team, Johnson secured them their first TT silverware since 2016 when he took his maiden podium finish in the RL360 Superstock Race after a last lap battle with Michael Dunlop. Despite his efforts, Johnson was left searching for a new team for the 2020 season after it was announced Honda Racing would field a new line up of Davey Todd and Glenn Irwin next year.

The 37-year old’s first TT podium in June was followed by his first race victory on the TT Mountain Course when he won a thrilling RST Superbike Race at the 2019 Classic TT presented by Bennetts where, coincidently, he once again came out on top against Dunlop.

For 2020, OMG Racing will be providing Johnson with BMW S1000RR machinery to contest the RST Superbike, RL360 Superstock and Senior TT Races and the Australian is looking forward to a fresh challenge.

David Johnson, OMG Racing: “I’m extremely happy to sign for OMG Racing for the 2020 roads season. They are an amazing bunch of people who are dedicated to their racing and put their riders front and centre. The bikes will be top notch too, they’re a no-holds barred team when it comes to assembling the best bits of machinery and I’m sure that they’ll be able to deliver a bike capable of winning.”

“Currently I’m still back at home in Australia but the stars seem to be aligning for next year, with my wedding to kick things off before heading back over to the UK to get myself focused on racing. 2019 was a great year for me - finally getting that first TT podium - so I’m certain I can follow that up with more in 2020.”

Paul Curran, OMG Racing Team Principal: “I’m delighted to welcome David to the team for 2020 - he’s a great guy to work with, super friendly and knows how he wants the bike setting up.”

“He suits the team atmosphere, which is a big positive. As a team we’ve always had a very relaxed approach to racing and given maximum flexibility to our riders to setup a bike exactly how they’d like. Given David’s success last year, we’re confident he can be up there challenging for podiums in both classes and really put us on the road racing map as a team!”

Alan Gardner, OMG Racing co-founder: “David has been talking to us for a while about getting on the roads and eventually I think he wore me down! He’s a great guy to have around, he just brings positivity to the team and that means everyone involved goes that extra mile whilst feeling comfortable. Plus, I don’t think anybody can question his speed. Outperforming an iconic rider like Ian [Hutchinson] on the roads last year in the same team shows how far he’s come and we were thrilled for him when he got that first podium last year. Hopefully he can replicate that this year in our colours!”