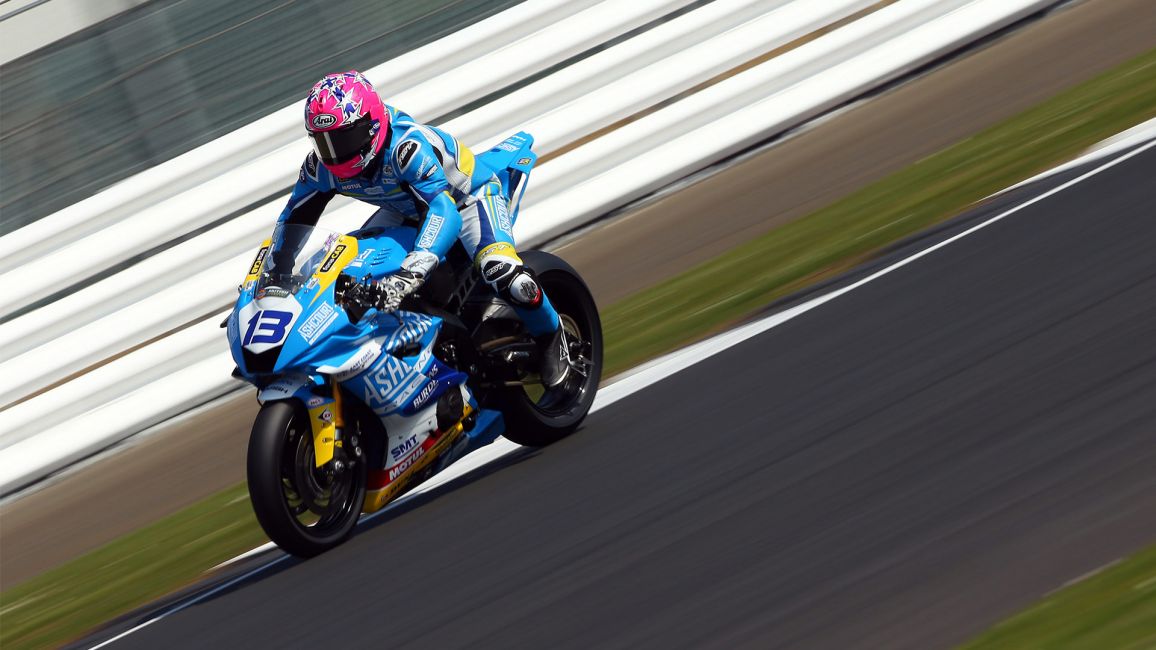 Lee Johnston and the Ashcourt Racing team got their 2019 Road Racing season underway in superb style at Silverstone over the Easter weekend, with the Ulsterman taking a brace of fourth place finishes in the opening round of the Dickies British Supersport Championship.

Johnston, who was previously a regular in the championship before moving his focus to the Isle of Man TT Races, is contesting the British Supersport class for the first time since 2011 in the hope that it will sharpen him up in time for the TT.

At his first ever meeting at the 1.64-mile Silverstone National circuit, Johnston was immediately on the pace, qualifying fifth – just half a second adrift of pole position and setting him up perfectly for Saturday’s 18-lap ‘Sprint’ race.

A strong start saw the County Fermanagh rider slot into fourth place at the end of the opening lap and although he was pushed back to fifth on lap three, just 1.5s covered the leading five riders. However, on lap four, Johnston ran into some braking issues, dropped back to make some adjustments, and lost almost two seconds in the process.

He quickly regrouped and on lap 15 moved back up to fourth as he overhauled Kyle Ryde. Lapping at a similar pace to race leaders Jack Kennedy and Alastair Seeley, he completed his first British Supersport Championship race in eight years in an excellent fourth place.

Starting Sunday’s longer 26-lap race from fourth, Johnston was involved in a superb six-rider battle for the lead for the entire race distance, despite losing time as he lapped backmarkers on lap 11. There was never more than a second between the pack for the first two thirds of the race, but more backmarkers later on allowed a small gap to open up. Johnston again finished fourth, to mark an excellent return to British Championship action.

Lee Johnston: “I never set myself any real targets coming into the weekend as it’s been a long time since I’ve ridden in the British Championship, but right from the start both the bike and the team have been mega and I’m well pleased with the results. At the same time, I’m a racer and whilst a couple of fourths are good results, it’s a bit frustrating not to have been on the podium!”

“I have to be pleased though as my pace was as good as the leaders and had it not been for a bit of brake trouble in the early laps of race one and the backmarkers in race two, which cost me a few seconds, I think I could have run with them until the end. The bike felt mega and the only other problem I had was a lack of rear grip in race two right from the word go. I’ve got a great team around me and they did a great job all weekend so it’s filled me with a lot of confidence for the rest of the season."