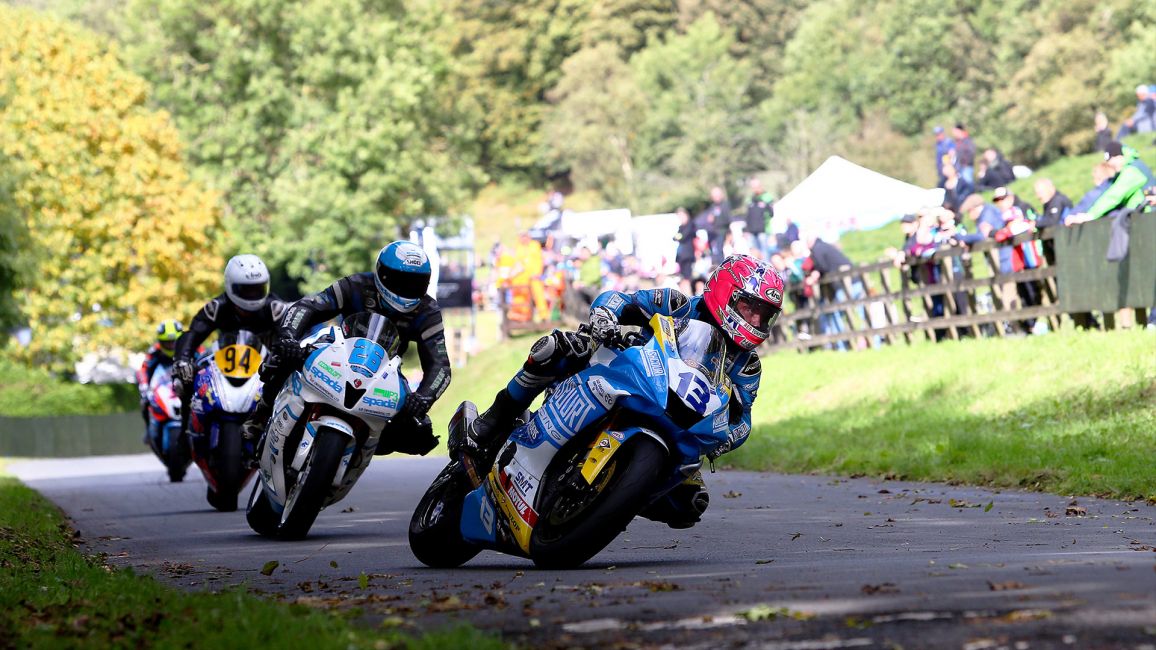 First held in 1950, Johnston follows in the footsteps of road racing greats who have lifted the famous trophy including Geoff Duke, Giacomo Agostini, Phil Read, Barry Sheene and Carl Fogarty, plus Northern Ireland’s Ryan Farquhar and Michael Dunlop who won in 2011 and 2013 respectively.

Held in wet and misty conditions which threatened to curtail the racing at the 2.43-mile woodland circuit, Johnston started the eight-lap race from pole position on the Ashcourt Racing Yamaha YZF-R6 and immediately grabbed the lead on the opening lap.

Despite the treacherous conditions, Johnston served up a faultless wet weather performance and with a succession of fastest laps, the 30-year old was able to keep nearest rival Mike Norbury at bay, eventually taking the chequered flag by 2.99s.

The result completes a superb domestic season for Johnston after he took his first Isle of Man TT victory earlier in the season in the Monster Energy Supersport Race 1, a victory at the North West 200, as well three podiums in the same class at the Ulster Grand Prix.

Gold Cup victory followed on from his success in Saturday’s eight-lap Supersport 600cc race which was held in the vastly different conditions of warm sunshine. Johnston also took second in Saturday’s Classic Superbike race after starting from the back of the grid on a Honda RC45, overhauling 20 riders in the process.

Lee Johnston: “It’s obviously a real pleasure to win the International Gold Cup and when you look at some of the riders who’ve won it before, I’m in some good company! I never realised only Ryan and Michael had won it before from Northern Ireland so be just the third rider to win it is something to be proud of. Conditions were far from ideal but I managed to get the lead off the line and build up a bit of a gap which I was able to control after that.”

“We were actually doing some pretty good lap times given how wet it was but the bike was working really well and the team did a mega job all weekend. It was nice to get a win on the Yamaha in both the wet and the dry and I also really enjoyed the race on the RC45 as it’s such a lovely bike to ride. Despite the weather on Sunday, it was a very enjoyable meeting and it’s nice to end the domestic season with another International win so a big thanks to the entire Ashcourt Racing team for everything throughout 2019.”

In the Lightweight class, Ian Lougher proved unbeatable in both Saturday and Sunday’s races onboard his Team ILR Paton S1R despite the best efforts of rising stars Dominic Herbertson, Joey Thompson and Brad Vicars. Lougher remains unmatched at the Oliver’s Mount circuit, now with an incredible 140 race victories since making his debut there in 1989.

The 2019 Road Racing season moves on and concludes at the Macau Grand Prix on November 14-16.