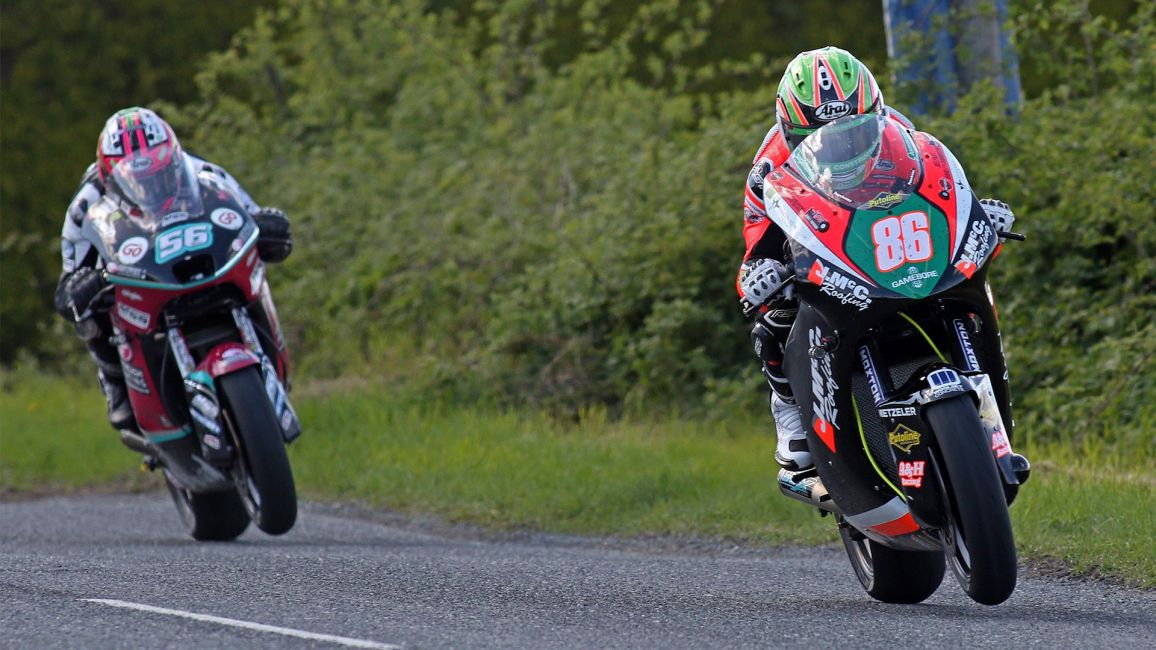 KMR Kawasaki maintained their unbeaten start to the 2019 Road Racing season, with Derek McGee taking victory in Saturday’s Supertwin race at the Tandragee 100 as the International Road Races and Isle of Man TT Races fuelled by Monster Energy edge closer.

With good conditions for qualifying on Friday evening and racing on Saturday, the team opted to run their new 2019 engine in qualifying. Despite producing more power and more torque, a slipping clutch and some chassis settings meant McGee qualified in second place – 0.218s off pole position man, Adam McLean.

The pair had enjoyed a great tussle at the previous weekend’s Cookstown 100 Road Races, with Mullingar’s McGee coming out on top. Determined to have the same outcome at Tandragee, McGee’s opening lap saw him open up a half-second lead over McLean on his McAdoo machine which increased to a 1-second by lap four.

The red flag came out later that lap with McLean crashing out suffering arm, shoulder and pelvic injuries. A result was declared giving McGee the win over another rising TT star, Michael Sweeney.

McGee finished an excellent day’s racing with no less than four victories, with further wins coming in the Grand Final, Supersport and Moto 3 races.

Team Owner, Ryan Farquhar said: “KMR Kawasaki always go racing to win and whilst it’s nice to get another victory, we never like to see races end with a red flag after another rider’s misfortune and everyone connected with the team wishes Adam a speedy recovery. As a team, our weekend went well but after the few wee issues we encountered on Friday evening during qualifying where we didn’t have an awful lot of time to get the set up right, we reverted back to last year’s bike for the race.”

“Derek made an excellent start to grab the lead on the opening lap. He ran a good pace and just went as quick as he needed to, controlling things from the front. Adam was never too far behind but Derek was doing a great job and keeping him at arm’s length, so it’s a shame the race ended with a red flag after Adam’s off. Apart from Adam's accident, it was a good day for KMR and with plenty more information, we now have a few more things to work on ahead of the North West 200 and Isle of Man TT.”