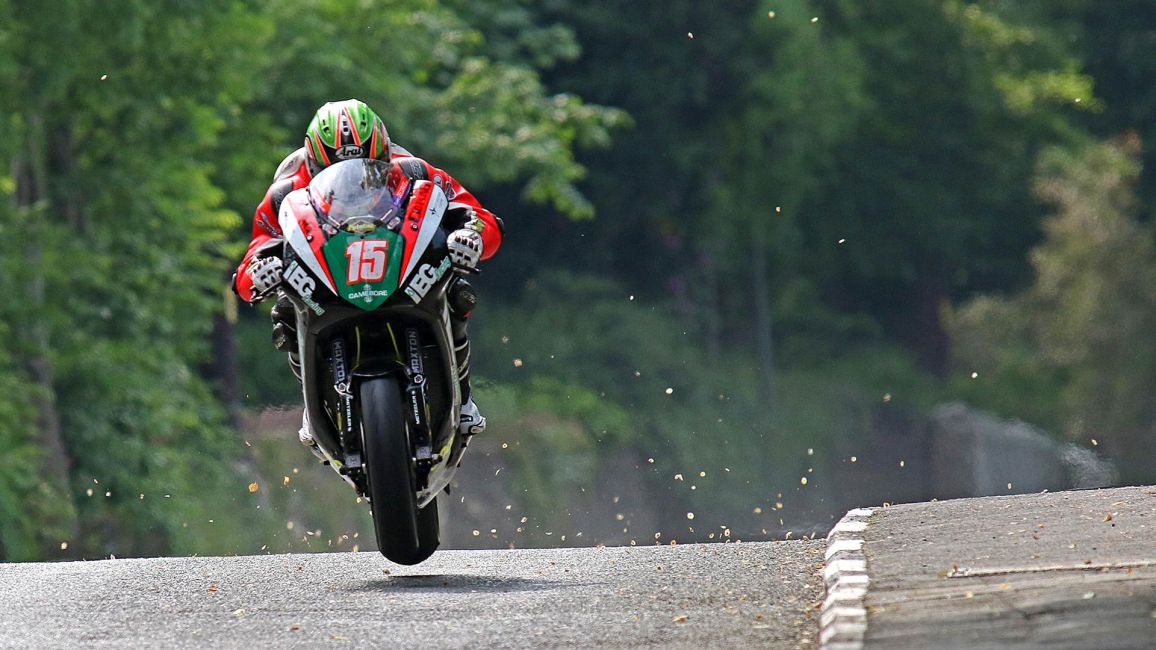 KMR Kawasaki will make a concerted assault on the Bennetts Lightweight Race at this year’s Isle of Man TT Races fuelled by Monster Energy, with no less than four leading riders targeting glory in the four lap race.

Last year’s runner-up Derek McGee returns with former winner Ryan Farquhar’s team and this time around he’ll be joined by 2017 Lightweight TT Race winner Michael Rutter, Gary Johnson and Lee Johnston with all four having a great chance of victory.

McGee made his return to the Mountain Course last year after missing the 2017 event but the two-year absence didn’t show as he took a sensational second place finish in the Lightweight TT Race having led Michael Dunlop early on lap three. The Mullingar rider broke the old class lap record with a lap of 121.698mph before finishing 14 seconds adrift of Dunlop for his maiden TT podium and is eager to go one place better this time around.

Rutter, meanwhile, returns to Farquhar’s team having ridden for the team in 2012 and 2013, finishing third in the former, the first year the Lightweight TT for Supertwin machinery took place. He took sixth the following year and, more recently, has enjoyed great success in the class riding a Paton, winning in 2017 and taking third twelve months ago when he lapped at close to 121mph.

Double Supersport TT winner Johnson will be having his first taste of Kawasaki machinery in the Lightweight class having campaigned the Chinese WK Moto machine for the last four years, finishing fourth in 2016, and now back to full fitness is a third potential race winner for KMR.

Fourth team member Johnston, like Rutter, has also previously ridden for the team, in 2015 and 2017 although luck hasn’t always been on his side having retired whilst holding onto third place in 2015. He was forced to miss the race two years ago after a spill in practice but the three-time podium finisher has been victorious at both the North West 200 and Ulster Grand Prix on the ER6 650cc Kawasaki and so will have a great chance of taking his first TT victory in June.

Speaking about his teams TT plans team owner Farquhar commented: “The TT remains the biggest test for any team in road racing and the Lightweight class is getting tougher and tougher with a number of new brands and teams coming into it in recent years. The line up we have with the four riders gives us a great chance of victory, and all four of them have the ability to win the race. We’ll be giving all four of them everything we have to give them the best possible chance.”