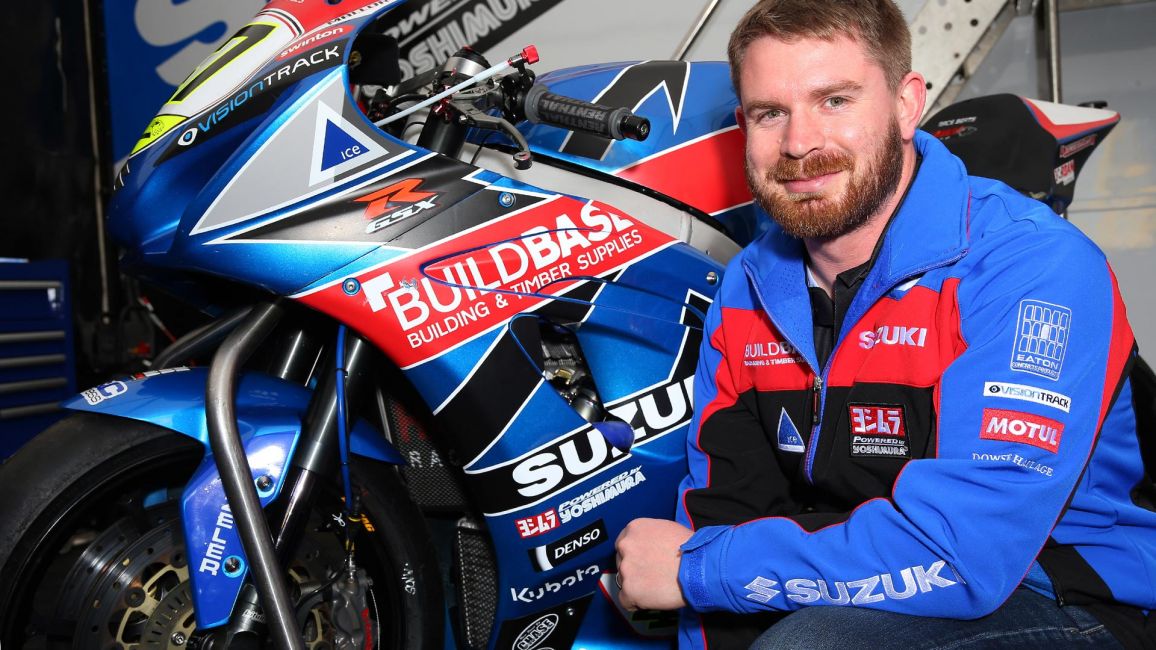 Kiwi newcomer Jay Lawrence will be making his debut at the 2019 Isle of Man TT Races fuelled by Monster Energy under the Buildbase Suzuki banner, with Carl Cox Motorsport support.

Lawrence joins an eclectic group of supported riders for this year’s races, where Carl will also bring the event to a close with a special show in the paddock after the Dunlop Senior TT Race.

After his introduction to the Isle of Man course at the Classic TT Races presented by Bennetts last year, the Wellington rider is making the step up to the prestigious main event; riding Suzuki GSX-R1000 machinery in the Superbike and Superstock classes.

The link with Suzuki is strong for Lawrence, having won the legendary Cemetery Circuit races in New Zealand on a GSX-R and riding a Suzuki Katana prepared by Team Classic Suzuki at last year’s Classic TT. After only a few laps of practice, the Kiwi rider logged 21st in the RST Classic TT Superbike Race. As big fans of the competitive classic racing scene, Carl Cox Motorsport have also supported riders and teams at the Philip Island Classic for several years with a special XR69.

With the partnership with Bennetts Suzuki announced today, at the start of the North West 200 International, Jay and Carl Cox Motorsport Manager Gavin Sokolich have travelled over to get to know the renowned squad before testing ahead of the TT.

Carl Cox continues to express his love for all things TT related, being in attendance at the event throughout race week before closing this year’s event, alongside Gavin Sokolich on Friday 7th June in a sold out show in the VIP hospitality unit in the TT paddock.

Jay Lawrence explained: “It was great to get those first laps at the Island under my belt with Team Classic Suzuki but now it’s the real deal. I have to thank Carl Cox again for supporting me and the fantastic opportunity we have with Buildbase Suzuki / Hawk Racing who have such a strong TT pedigree. I’m looking forward to getting to know them better and spin some laps, before we head across to the Island in a few weeks time. I’ve always loved street courses like the Cemetery Circuit back in NZ but of course the TT is the absolute pinnacle for me and many road racers. I’m under no illusion as to the size of the learning curve needed and the strength of the competition… but we have to start somewhere!”

Steve Hicken, Buildbase Suzuki team manager added: “It’s a different approach to the TT for us this year, but something we’re looking forward to all the same. Jay’s got an impressive CV, Suzuki GSX-R1000R experience, and has already completed laps of the TT course so we’re not starting from scratch. He’s going to be coming in with his own goals, and if we can help him have a safe couple of weeks and improve his pace every time he goes out, it’ll be a successful couple of weeks.”

Carl Cox commented: “We are big fans of the TT and the warriors that take it on every year, so it’s great to be able to support Jay, who we’ve enjoyed working with for many years in New Zealand. He has put in his homework and had a first run out at last year’s Classic TT but this will be a very different proposition and we thank Buildbase Suzuki / Hawk Racing for this opportunity.”