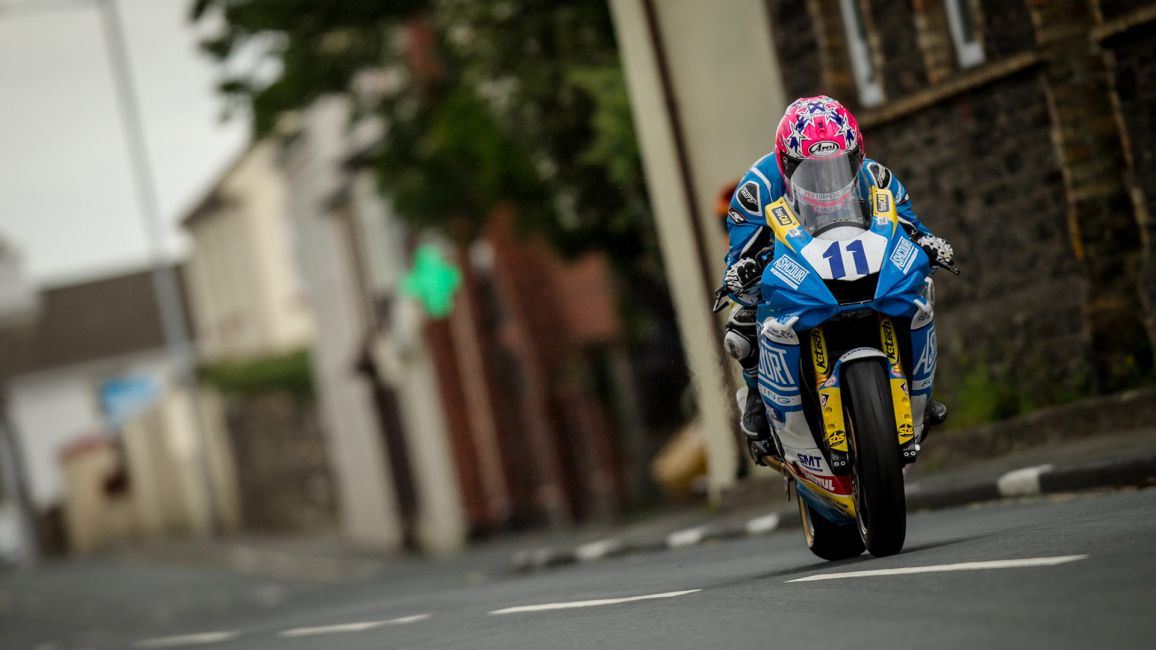 In the post-race press conference an emotional Johnston explained that running his own operation rather than being factory backed suited him: “Because we built and designed the bike from scratch it means a lot more – it’s a personal thing.’

Hillier had set the initial pace before Johnston took control at the end of the first lap but conditions on the second lap saw rain falling on the west part of the circuit and organisers took the decision to end the race after two of the scheduled four laps.

Hillier led at Glen Helen on the opening lap - his lead over Johnston 1.3s with Gary Johnson slotting into third, a further 1.2s in arrears. Dean Harrison was lying in fourth as Jamie Coward and Michael Dunlop moved into fifth and sixth.

By Ballaugh, Hillier still led, adding three tenths of a second to his lead and although second to fourth positions remained the same, Hickman moved up to fifth ahead of Coward.

At the head of the field, Hillier was pressing on but it was still extremely close and Johnston had brought the deficit down to 0.6s at Ramsey Hairpin with Johnson still in third two seconds further back. Less than five seconds covered the leading six riders as they started the Mountain climb for the first time.

Johnston was on the move though, taking the lead as they swept over the tramlines at the Bungalow, and an opening lap speed of 126.03mph gave him a lead of 1.989s over Hillier with Hickman the new third place rider only a further 1.9s adrift. Johnson dropped back to fourth as Harrison and Dunlop ended the lap in fifth and sixth.

Second time around at Glen Helen and Johnston extended his lead over Hillier to 3.9s and Hickman was now only half a second behind the Kawasaki rider. Harrison moved up to fourth at the expense of Johnson with Dunlop still sitting in sixth but unable to make any impression on the riders ahead of him.

Hillier had a superb run from Glen Helen to Ballaugh to bring the gap back down to 0.6s and by Ramsey the pairing had almost matched each other mile for mile with the difference now 0.7s. Hickman was only 3.6s behind Hillier with Harrison now fourth and Dunlop fifth as Johnson slipped back to sixth.

However, rain was beginning to fall on the west part of the circuit and the chequered flag came out at the end of the lap with Johnston getting his maiden TT victory by 3.6s from Hillier with Hickman taking his second podium of the day in third.

Harrison, Dunlop and Conor Cummins took fourth to sixth place positions as Johnson, Coward – the first of the privateers to finish – Davey Todd and Ian Hutchinson completed the top ten.