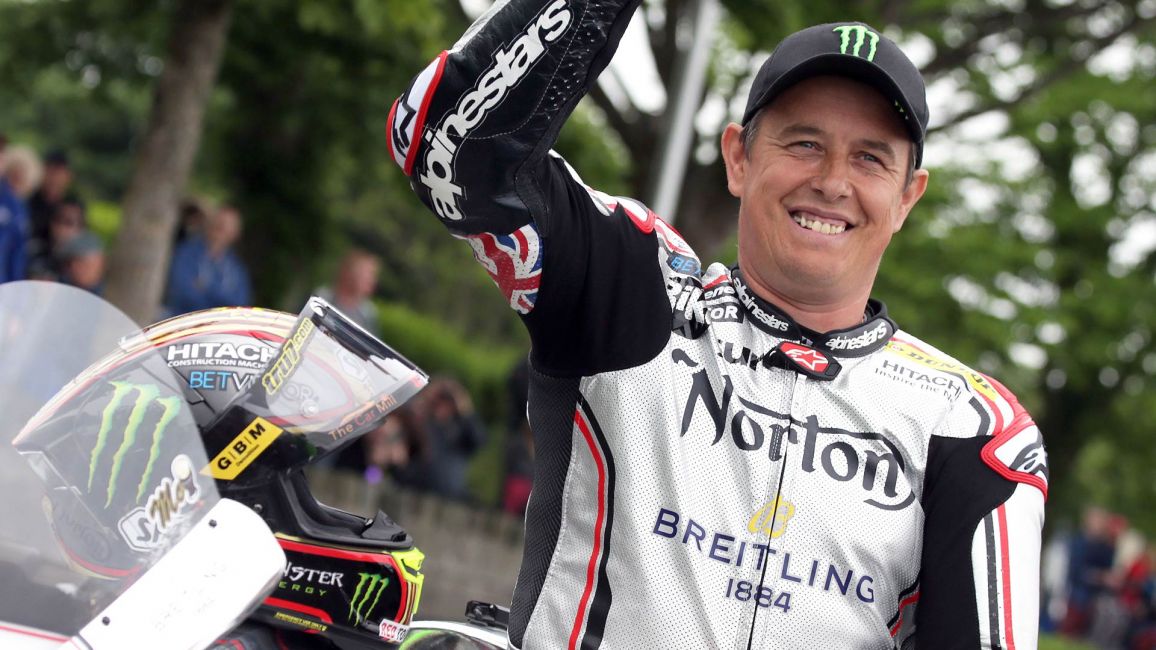 Ian Hutchinson and John McGuinness are to meet fans at Conor Cummins’ Coffee shop on the Isle of Man as part of 2019 TT Launch.

The two TT riders who have experienced the highs and lows of road racing will be on the Isle of Man for the Official Launch of the 2019 Isle of Man TT Races fuelled by Monster Energy, and fans will have the chance for a personal meeting when the pair visit Conrod’s coffee shop in Ramsey – owned by fellow TT hero Conor Cummins - on Wednesday 20th March.

The illustrious pair, who between them have won 39 TT Races, will both be signing copies of their respective autobiographies and fans will get the chance to get a personalised copy and picture, and maybe even grab a coffee with them.

Both books featured high on the best sellers charts with McGuinnesses indiscreet ‘Built for Speed’ listed in the Sunday Times top ten, while Hutchinson’s ‘Hutchy – Miracle Man’ is a searingly honest account of his battle back from injury to return to the top step at the TT.

The two factory riders – McGuinness with Norton and Hutchinson with Honda – are already deep into their preparations for this year’s TT and will be looking to add to their number of race wins. McGuinness, the second most successful rider in TT history with 23 race wins, will be looking to close the gap on Joey Dunlop’s 26 wins this year, while Hutchinson will want to move up from fifth overall after injury disrupted his TT campaign last season.

Ian Hutchinson and John McGuinness will be at Conrod’s in Ramsey between 12 noon and 1pm on Wednesday 20th March 2019.

The pair will also attend the Official TT Launch Show on Tuesday March 19th. A limited number of tickets remain for the TT Launch Show and are available from the Villa Marina box office. The show begins at 8.00pm and will also be streamed live and in full on the Official iomttraces.com website.

Tickets for the 2019 events are on sale now at iomttraces.com, including Official Grandstand Tickets, VIP Hospitality Experiences, and Official Entertainment Events. You can stay up to date with all the latest TT news by subscribing to the Official Isle of Man TT Races Newsletter.