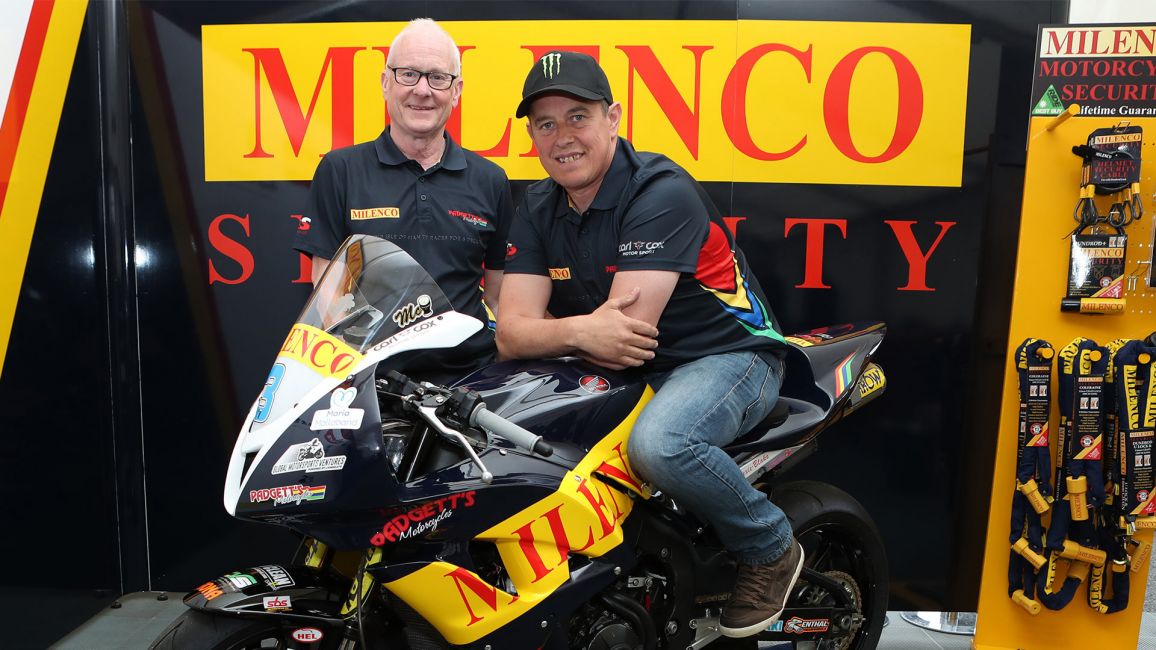 John McGuinness has secured an eleventh-hour deal with the Milenco by Padgetts Motorcycles Honda team to contest the two Monster Energy Supersport Races at this year’s Isle of Man TT Races fuelled by Monster Energy.

The deal will see McGuinness campaign a Honda CBR600RR in the two four-lap races alongside current team members Conor Cummins and Davey Todd, and reunites him with the Batley-based squad with whom he rode for between 2007 and 2014.

That eight-year spell saw the Morecambe rider take four podiums in the Supersport class, finishing second in 2007, 2008 and 2009 whilst his third place in 2013 saw him record his best ever lap on a 600cc machine at an average speed of 127.210mph.

In total, McGuinness took ten top five finishes in the Supersport Races during that period and he was also victorious in the 2008 Senior and 2012 Superstock Races whilst riding for Clive Padgett’s team.

The addition of the Supersport ride means McGuinness will now contest six out of the seven solo races at TT 2019 with rides for Norton in the RST Superbike, Dunlop Senior and Bennetts Lightweight TT Races, plus a ride with Mugen in the single lap SES TT Zero Race. The Senior at the end of race week will see the 23-time winner start his 99th TT Race.