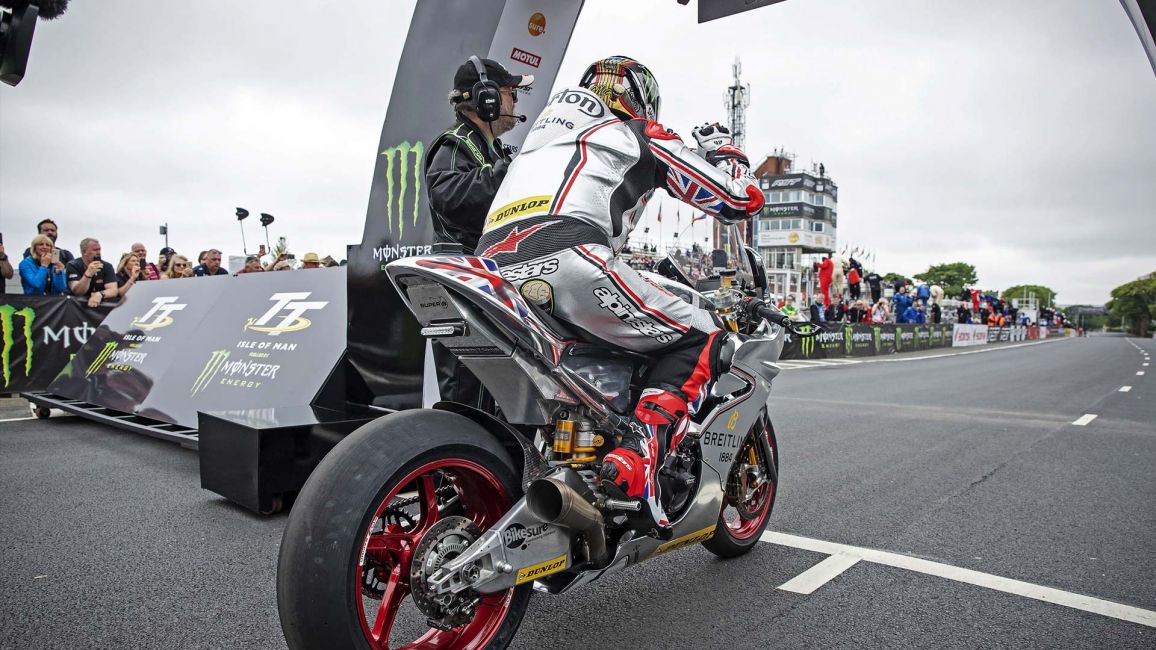 McGuinness aiming for podiums with Norton in 2019

23-time TT winner John McGuinness says he can put the Norton SG7 on the podium at TT 2019.

The Morecambe Missile was forced to miss the 2018 TT after re-breaking the leg he originally broke at the North West 200 in 2017. Nevertheless, McGuinness threw on his leathers to complete a couple of parade laps on the Norton at TT 2018.

“It was either go around at 60mph waving at the crowd, or get stuck in! So I got stuck in a bit and did 121+mph on the second lap waving to the crowd, so it was encouraging. There’s still a little bit of magic left!”

After completing these parade laps, and making a winning return at the Classic TT in the Bennetts Senior race, McGuinness believes getting on the rostrum is an achievable goal for himself and the iconic British marque.

“[A podium] is a realistic result. I really do believe that we could stick that Norton on the podium. Watching the races, it’s only really Peter [Hickman] and Dean [Harrison] that lifted the bar, Conor [Cummins] was probably going the same speed I was going on the Honda a couple of years ago. I’ve been working it out in my head, looking at the sector times, I’ve done my homework on it, watching Peter’s lap over and over again to see where he’s making the time up, and he’s not doing anything massively different to what we are, but he’s the man to beat! The Norton’s sweet, it’s been a reliable package, Josh [Brookes] got the bike at just under 132mph, and you don’t get a bad bike around at that speed!”

McGuinness was speaking with Steve Plater at Motorcycle Live. You can see the full interview here.