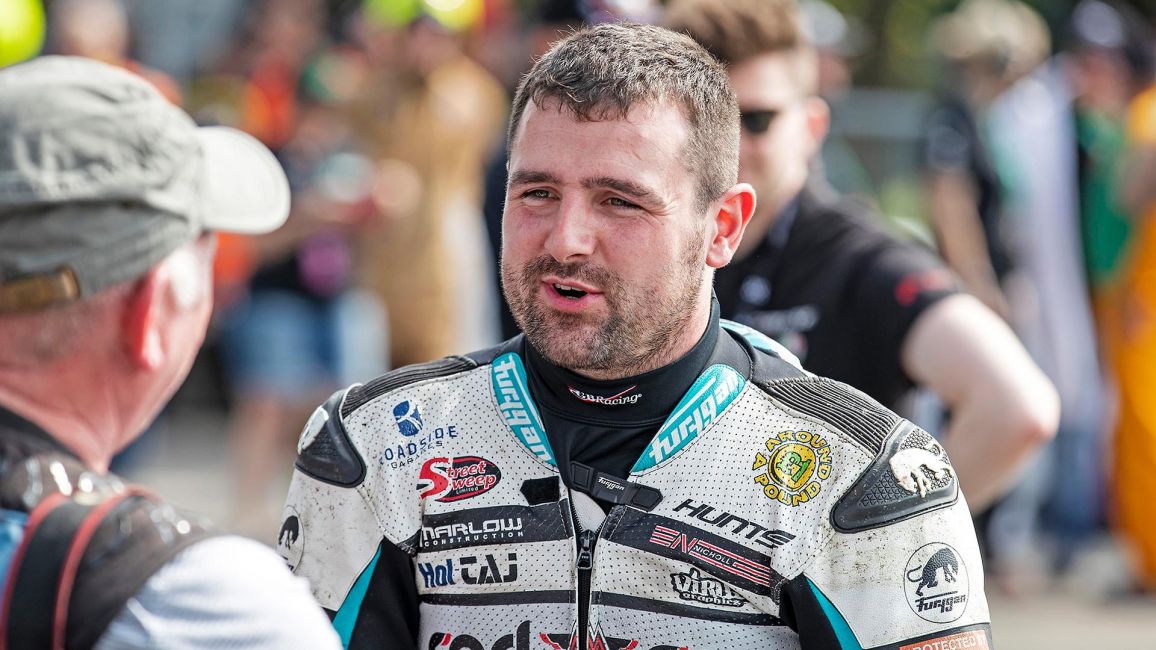 The Dan Kneen Charitable Fund has confirmed that legendary Isle of Man TT champion Michael Dunlop will be the special guest at the inaugural ‘14 Ball’ scheduled for November 22nd 2019 at the newly refurbished Comis Hotel and Golf Resort, Isle of Man.

30-year-old Dunlop is synonymous with the Isle of Man having dominated the TT Races over the past decade. The Northern Irishman has amassed 19 TT victories in all, making him the third most successful TT rider of all time. Michael will be recalling stories from his unrivalled career when he talks live on stage to fellow TT winner and current ITV4 TV presenter Steve Plater, who will compère the evening.

The Dan Kneen Charitable Fund is delighted that Michael has agreed to support their inaugural event, with Michael having been Dan’s teammate during the 2018 season in the Tyco BMW Team. Michael won the 2018 RST Superbike TT Race for the Tyco squad, and dedicated the victory to Dan’s memory.

The ‘14 Ball’ will feature a sumptuous three-course meal as well as a 14-lot auction of amazing items and experiences which money can’t buy. Details of the auction lots and arrangements around pre-bidding will be announced in due course.

The bill for a packed evening’s entertainment will also feature the UK’s premier 1950’s Rock and Roll Tribute Band, the Bluejays. The multi award winning band have performed together for years on the West End in theatre shows such as ‘Buddy – The Buddy Holly Story’, ‘Million Dollar Quartet’ and ‘Dreamboats and Petticoats’ and will be bringing the house down on the Isle of Man on November the 22nd with their performance sponsored by local company Corlett’s.

Local events company ELS will be adding extra gloss to the evening with a stunning audio-visual production throughout the night.

The Dan Kneen Charitable Fund is a new charity set up in memory of TT hero Dan Kneen who tragically lost his life during qualifying for the event in 2018. The purpose of the fund is to support other Isle of Man-based motorcycle charities.

The fund will also provide a bursary via Isle of Man Sport to assist a Manx motorcycle racer with travel costs in getting to and from the Island – something that, for many years, had been a challenge for Dan himself.

Tickets for the inaugural 14 Ball go on sale from 14:00 on Sunday 8th September via www.dankneen.shop priced at £75.