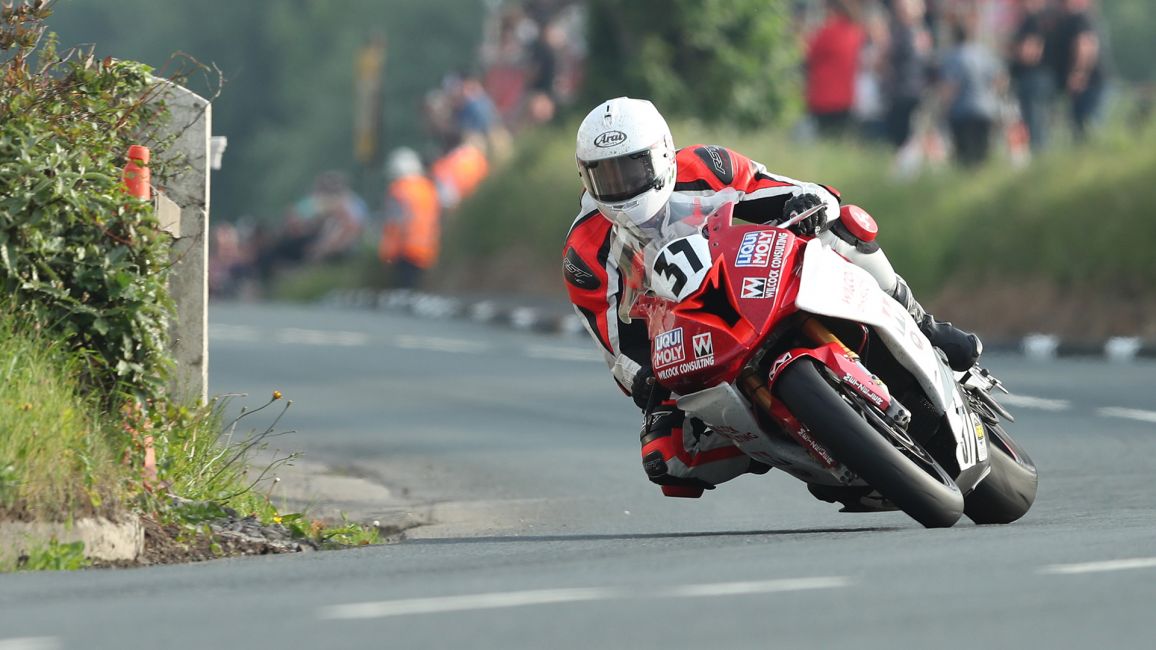 Triple Manx Grand Prix winner Michael Evans will make his second appearance at the Isle of Man TT Races Fuelled by Monster Energy later this year, when he will again contest all six solo races.

The Santon rider remains with Wilcock Consulting for the second successive season and will campaign the team’s BMW S1000RR in the RST Superbike, RL360 Superstock and PokerStars Senior races along with their CBR600RR Honda for the two Monster Energy Supersport encounters.

In addition, he will continue to be supported by Martin Bullock Motorsport for the four-lap Bennetts Lightweight Race, where he will be mounted on the class favourite Kawasaki ER6.

Having smashed records on his way to winning the 2016 Newcomers and 2017 Senior and Junior races at the Manx Grand Prix, the 25-year old made a favourable impression on his TT debut. This included a 17th place finish and a Silver Replica in the second Monster Energy Supersport Race, where he also set a new personal best lap of the 37.73-mile course at 123.614mph.

This followed up his 29th place finishes in the opening Monster Energy Supersport and RL360 Superstock Races where he picked up two Bronze Replicas.

Evans added a 26th place finish in the PokerStars Senior to his collection and, although he was forced to retire from the opening RST Superbike and Bennetts Lightweight Races, he was in the running for an excellent top twelve finish before his final lap retirement in the latter.

He went on to further his road racing credentials at August’s Classic TT Presented by Bennetts, when he finished in a brilliant sixth place in the RST Superbike Race on the Wilcock Consulting ZXR750 Kawasaki. He now looks to build on this and his results at TT2018 to climb further up the leaderboard this June.