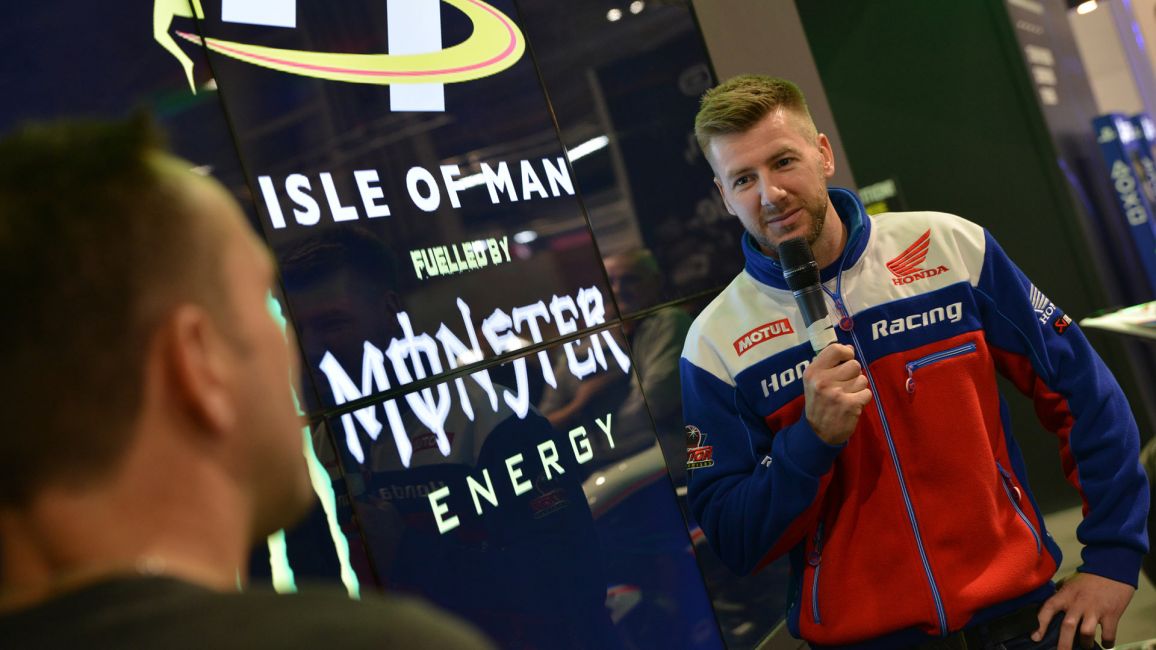 The Countdown to TT2019 has well and truly begun following the last day – TT day – at the Motorcycle Live show that saw thousands of road racing fans head for Birmingham’s NEC.

As well as teams, riders and manufacturers starting to ink deals and announce their plans, tickets for the 2019 TT Races and Classic TT Races went on sale during the show with a number of Official Event Experience tickets already limited in availability.

As well as the passionate insight from former TT winner and current Rider Liaison Officer Richard ‘Milky’ Quayle commentating on a high definition big screen on board lap, fans were treated to a series of insightful interviews from three times former TT winner Steve Plater as he grilled many of the leading stars on their 2018 season and invited them to look forward to the fast approaching new season.

Two teams of TT riders went head to head in ‘A Question of Bikes’ with quizmaster Steve Parrish with John McGuinness’s team showing the benefit of experience eclipsing Peter Hickman’s outfit in a series of TT themed questions.

Teams who announced their plans for 2019 include star of the 2018 meeting Peter Hickman who has resigned with the Smiths BMW outfit and the Padgetts Motorcyles team who unveiled their new Milenco livery with Bruce Anstey and Conor Cummins. Kawasaki confirmed that Silicone Engineering Racing will become the Official Kawasaki road racing team.

Norton owner Stuart Garner announced his plans to target a TT win in the Lightweight class with the new Norton ‘Superlight’ while the first Official entertainment acts were revealed – the Feeling for the TT and the Counterfeit Stones at the Classic TT.

There is limited availability on tickets for all TT Senior Race Day Experiences on June 7th 2019.