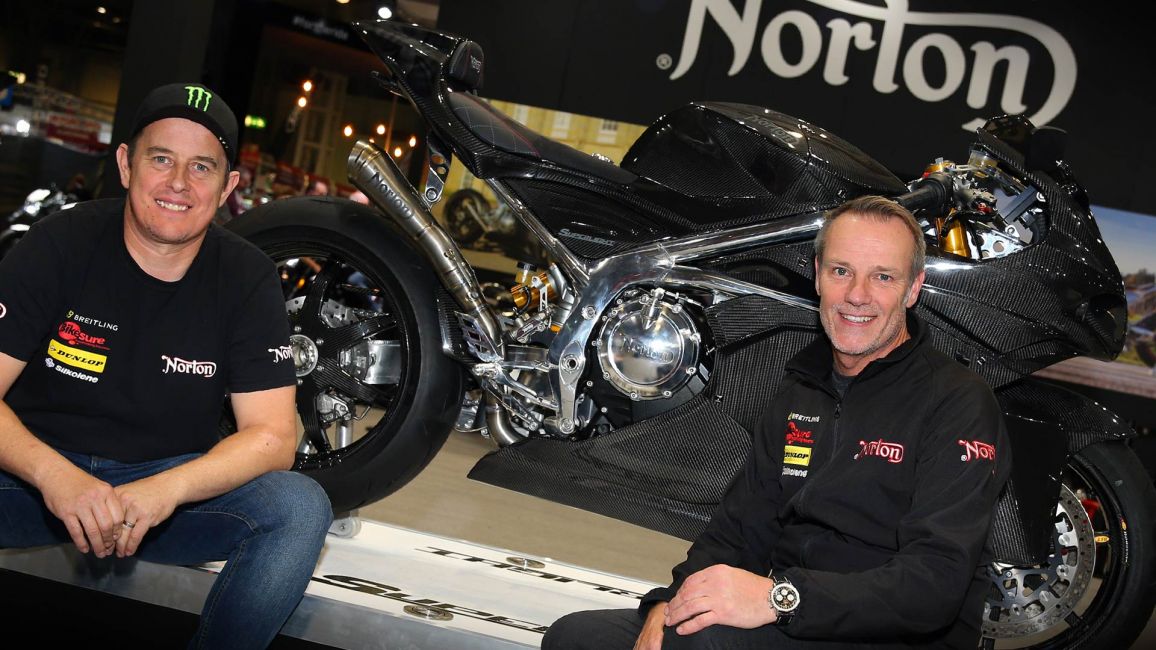 Norton Motorcycles owner Stuart Garner has revealed his plans to target a TT win in the Bennetts Lightweight Race at the 2019 Isle of Man TT Races fuelled by Monster Energy.

The Castle Donington based manufacturer unveiled the new ‘’Superlight’ machine at the Motorcycle Live show in Birmingham recently and is targeting a win with 23 time TT Race winner John McGuinness on his brand new machine.

Norton claim the machine will produce105bhp whilst weighing in at 158kg in standard road trim.

“The Superlight is pretty much a balls-out race bike that we’ve wanted to produce. It’s been designed to fit into the Lightweight category – it’s a 650cc homologated road bike so we’re compliant with all the regulations and we want to give John McGuinness another bike to run out at the TT.”

“It’s the company’s complete focus to be as competitive as we can at this year’s TT. It would be ridiculous to launch the bike and then be last, we need to be right at the front end of the grid pretty quick and this is what we are hoping to achieve. John will have the full weight of the factory behind him and we are desperate for a top step on the Isle of Man.”

“To be honest I’m blown away with the bike. It’s a class I’ve never raced in. I’m really excited and we want to be winning. It’s another opportunity for a win and another manufacturer in the class.”

“I’ll put my heart and soul into it. Anything to do with the Isle of Man, anything to do with racing. Let’s get some petrol into it, let’s get some testing done and let’s get out there!  The great thing with Norton for me is it’s more like a family adventure. You can see the passion from the boys. These bikes have started as a clean sheet of paper and to see them in the flesh.”

Norton have teamed up with 2017 Thundersport GB Supertwin championship winner and RST founder Jonny Towers to help develop the bike into what he believes can be a TT winner.

“Stuart’s bigger picture is to win a TT and I think between us we can develop this bike to get it ready to do that. I do know a lightweight bike and the difference between 102bhp, 103bhp and all the little small increments whereas the guys like John, they ride 220 horsepower bikes and small gains on these things they won’t feel, whereas I will. I know these machines intimately.”