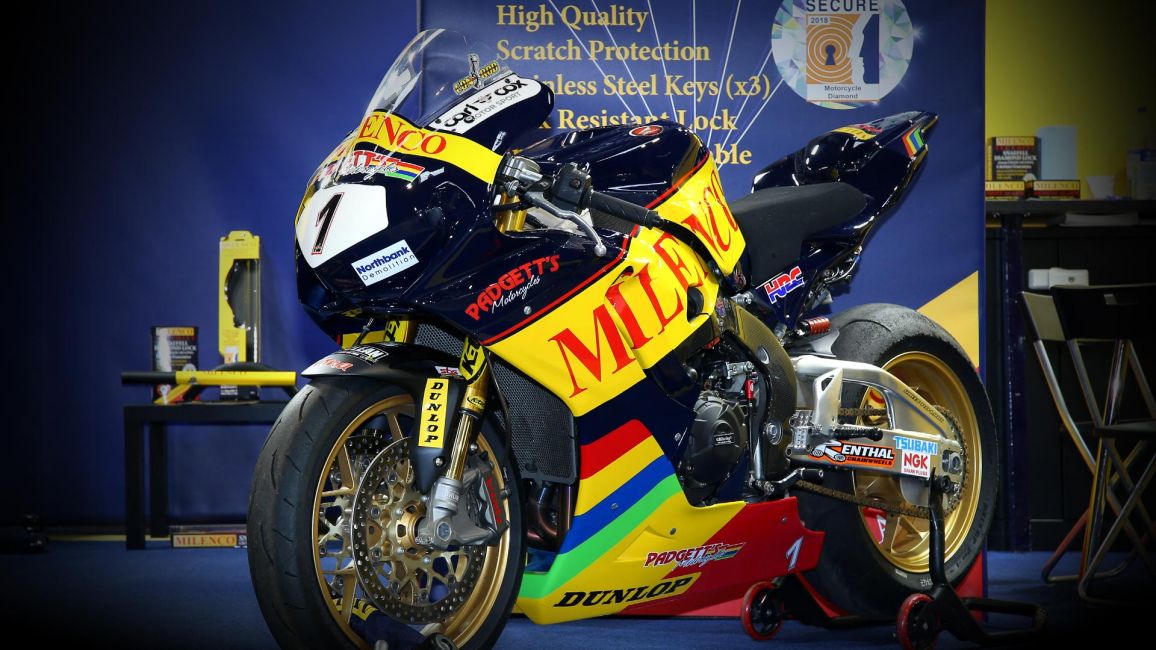 Padgett's Motorcycles has confirmed a new title partner for the 2019 Isle of Man TT Races fuelled by Monster Energy - Milenco Security. The company manufactures a range of vehicle security products including a new range of Motorcycle locks.

The Batley based outfit, which has achieved thirty podiums at the TT since 2008 of which twelve were wins, and four Classic TT wins since the inaugural races in 2012, will run Milenco Security liveried bikes at the 2019 TT Races and other international road races including the North West 200 and Ulster Grand Prix as well as selected BSB Championship Races.

Conor Cummins achieved podiums in the RST Superbike and PokerStars Senior TT at this year’s TT meeting, the only rider to achieve podiums in both races, setting his fastest ever lap of the TT Mountain Course at 132.589mph. He also finished third in this year’s RST Superbike Classic TT Race riding the Padgetts Motorcycles YZR 500 Yamaha. He will return for the team in 2019 in the Superbike, Superstock and Supersport class, riding the Honda Fireblade and CBR600.

"The team is really settled, and Conor had a great season last year maintaining our record of podiums at the TT.  We’ve also got Bruce’s bike waiting for him when he recovers from his illness but in the he’s still part of the team."

"We are also delighted to welcome Milenco to the Padgetts Motorcycles Racing family. They have a great product which we are happy to sell in our Batley shop. Finally, I’d like to thank all of our sponsors for helping us to continue to go racing."

Conor Cummins 2019 Padgett’s Motorcycles Honda Fireblade Superbike will be on the Milenco stand number 3B19 at the Motorcycle Live show which runs from 17th to 28th November in Birmingham.

To celebrate this partnership with Padgett’s Motorcycles, Milenco has developed a new range of locks that have been named after road racing circuits, Coleraine, Dundrod and of course the toughest lock available being named after the TT mountain course, Snaefell.