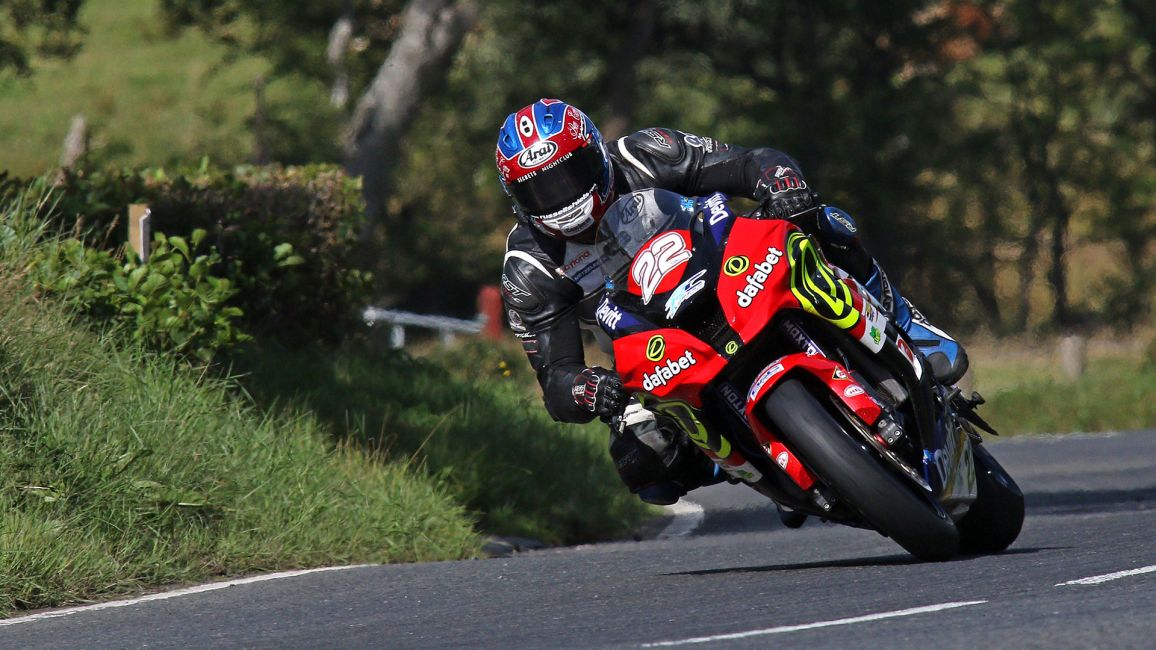 Paul Jordan will ride for Dafabet Devitt Racing at the 2019 Isle of Man TT Races fuelled by Monster Energy. The Bristol based team, operated by RC Express Racing, is now established at the forefront of International road racing.

Jordan, having impressed on his two outings for the team last year at the Ulster and Macau Grand Prix meetings, will now campaign a full season for the squad with the Isle of Man TT their main focus. In addition, the former 125cc British Championship race winner will make his debut at the Southern 100 and will also contest selected rounds of the Pirelli National Superstock 1000 Championship.

Since moving from short circuits to Road Racing, Jordan has made significant strides forward with 2018 seeing him enjoy his best year to date at the International Road Races.

Riding for Dafabet Devitt Racing, the Magherafelt rider took brilliant fourth and sixth place finishes in the Superbike and Superstock races at last year’s Ulster Grand Prix where he improved his personal best lap of the Dundrod circuit to an impressive 131.148mph.

That performance led to him remaining with the team for the Macau Grand Prix where he made a solid debut to finish in 14th place after a race long battle with Michael Sweeney.

Jordan made his second appearance at the Isle of Man TT Races earlier in 2018 and took 19th and 22nd place finishes in the two Supersport races on his privately-entered Yamaha, also improving his best lap around the 37.73-mile Mountain Course to 123.355mph.

The former Ulster and Irish 125cc Road Race Champion was also victorious in the Supersport Race at the Armoy Road Races and, having joined Dafabet Devitt Racing in a full time capacity, he is now looking to make a further impression on the leaderboard at the Isle of Man TT.

The team has also confirmed that Ivan Lintin, who continues to make progress from the injuries he sustained at last year’s Southern 100, is still firmly a member of Dafabet Devitt Racing family and will be with the team throughout the 2019 season in a non-racing role.

Speaking about the deal, Jordan said: “After two successful meetings with the team last year, I’m delighted to have joined Dafabet Devitt Racing for 2019 and I can’t wait for the season to get underway. It’s nice to be going into the season with such a great team and group of people behind me with Roy and Ben (Constable) have made me feel at home from the very first day. It feels like I’ve been with the team for years and that’s such a great feeling to have. I’ve been working really hard over the winter months and I’m looking forward to taking another step forward in my career and doing both myself and everyone connected with the team proud.”

Team owner Roy Constable added: “We are looking to continue our success of previous years in 2019 and we are delighted to welcome Paul to the team on a full-time basis after he impressed us all in his short time with us last year. He improved tremendously in the two outings he had with us and we’re excited to be working with such a talented rider in the season ahead. It continues our ethos of working with young, promising riders and we’ll be looking to nurture his talent, build on what we achieved last year and have a successful and enjoyable year of racing.”