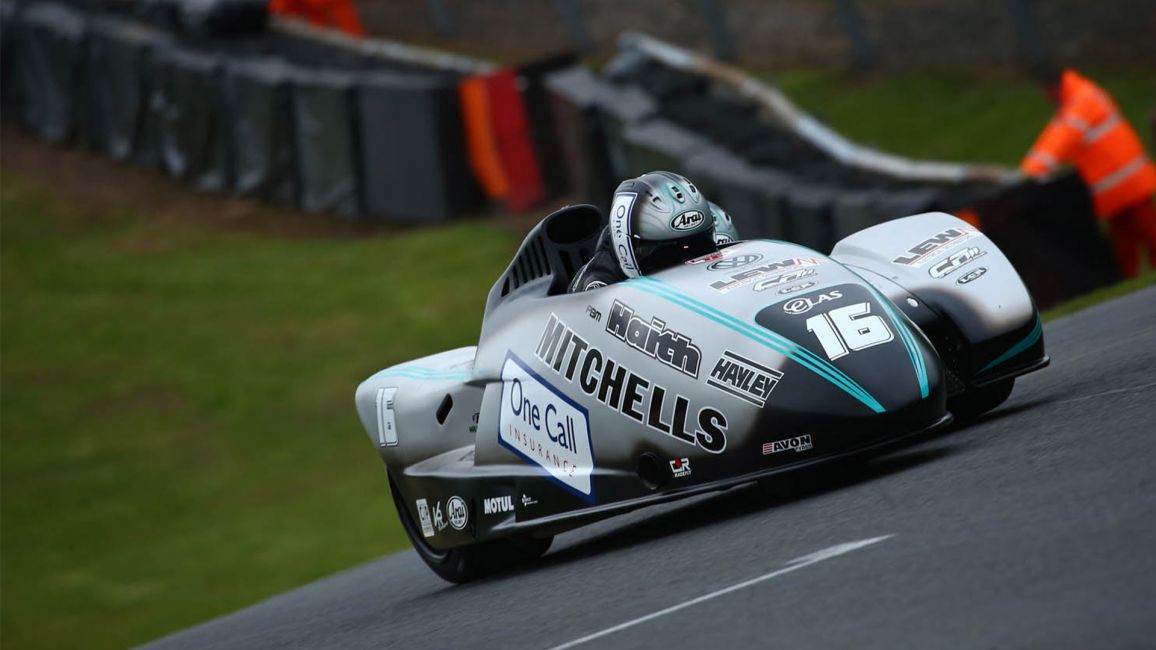 Enjoying a perfect weekend at round one of the 2019 British Sidecar Championship, Ben and Tom Birchall qualified pole and topped the Oulton Park meeting with a comfortable win.

The Oulton Park circuit was host to round one of the British Sidecar Championship over the May Day Bank Holiday weekend – May 4-6. Although they missed out on a podium finish at the opening round of the World Sidecar Championship recently, Birchall Racing came into the event at the Cheshire circuit confident of a top performance.

With conditions dry but cool late on Sunday evening as qualifying got underway, all sidecar crews tried to make the most of their track time as they got to grips with their now-mandatory 600cc engines. Ben and Tom set the pace early on in the 20-minute session and were never truly challenged. Despite the temperatures, the Birchall’s pole time was less than three seconds off the outright 1000cc lap record – an impressive achievement from the Mansfield-based team.

Race day dawned wet for the teams but brightened as the day went on. Luckily, with the sidecar slot falling right at the end of the BSB program, conditions, although still chilly, were dry for the full 12-lap race. From pole, the Birchalls dropped to third into the first corner, choosing to stay out of trouble – the positions didn’t stay that way for long. Driving superbly, Ben put in a series of consistent laps that took them into the lead and opened a comfortable gap between themselves and the outfits behind. With their Mitchells of Mansfield machine performing perfectly, the brothers claimed the win to take an early lead in the British Championship.

Ben Birchall: “I’m really happy to take the win at Oulton Park, it’s always great to race in front of the local fans and I’d just like to say thank you for those who stayed out there to watch us race, even though it was the last race of the day. It was great to have a good run out on the bike and get things set up before the next round of the British Championship at Brands Hatch. We’ll turn our attention now to the TT and start getting prepared for that. Hopefully we’ll see some of our fans over there on the island.”

Focus for the Birchall Racing team now shifts to the Isle of Man TT Races fuelled by Monster Energy, where they will look to continue their domination of the Sidecar class. The pair have won a total of 8 TT races to date and have an incredible record of winning every race they have finished since 2013.