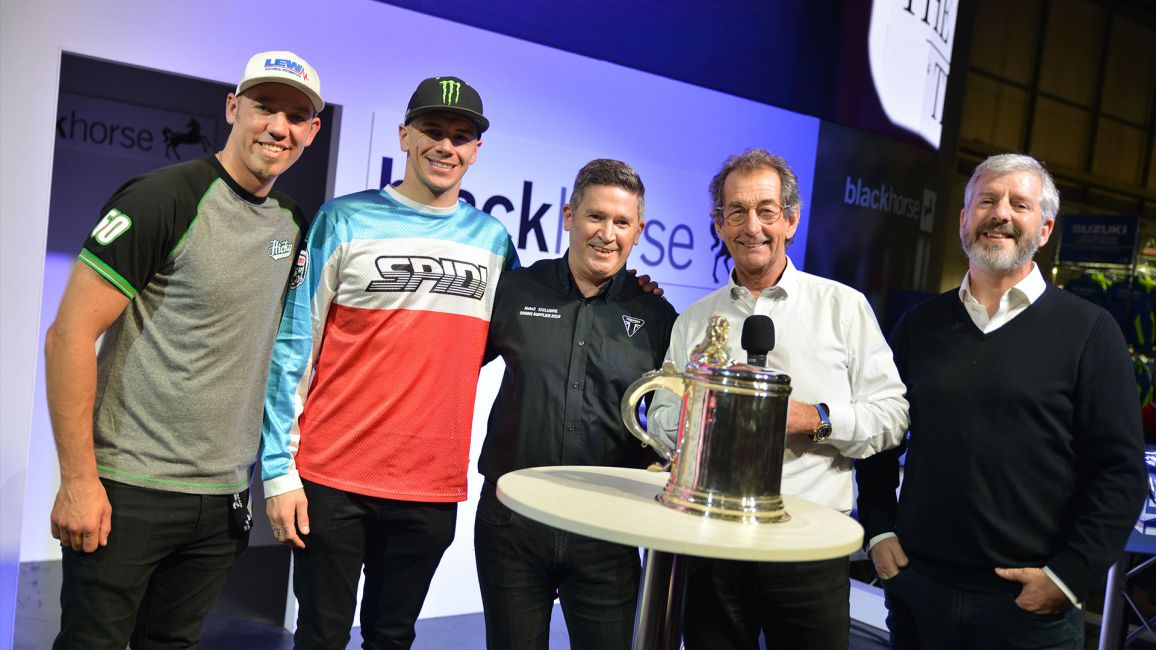 The Royal Automobile Club took to the main stage of Motorcycle Live on Saturday 23 November to reveal the contenders for the coveted 2019 Torrens Trophy with Peter Hickman – winner of three TT Races in 2019 – nominated for the prestigious award.

First awarded in 1978, the Torrens Trophy is named in memory of Arthur Bourne, a motorcycling journalist who wrote a column under the name Torrens and who was Vice-Chairman of the Royal Automobile Club. Despite now being into its sixth decade, the Torrens Trophy has only been awarded 11 times in its history as it is only presented when the Club feels an achievement justifies it.

Hickman has been nominated after another dominant year on the roads in which he claimed victories in the RST Superbike TT Race, Monster Energy Supersport TT Race 2 and the RL360 Superstock TT Race, as well as multiple victories and a new outright lap record at the Ulster Grand Prix.

The 32-year old is up against Scott Redding after he claimed the British Superbike Championship in his debut season in the series and Triumph Motorcycles who get the nod due to their efforts as the official engine supplier to the Moto2 World Championship.

Previous winners include Jonathan Rea MBE in 2017 for becoming the first rider in history to win three consecutive World Superbike Championships, and Ian Hutchinson in 2015 for his outstanding determination and courage in overcoming adversity following his return to the top step of the TT podium after his well-documented struggles with injury.