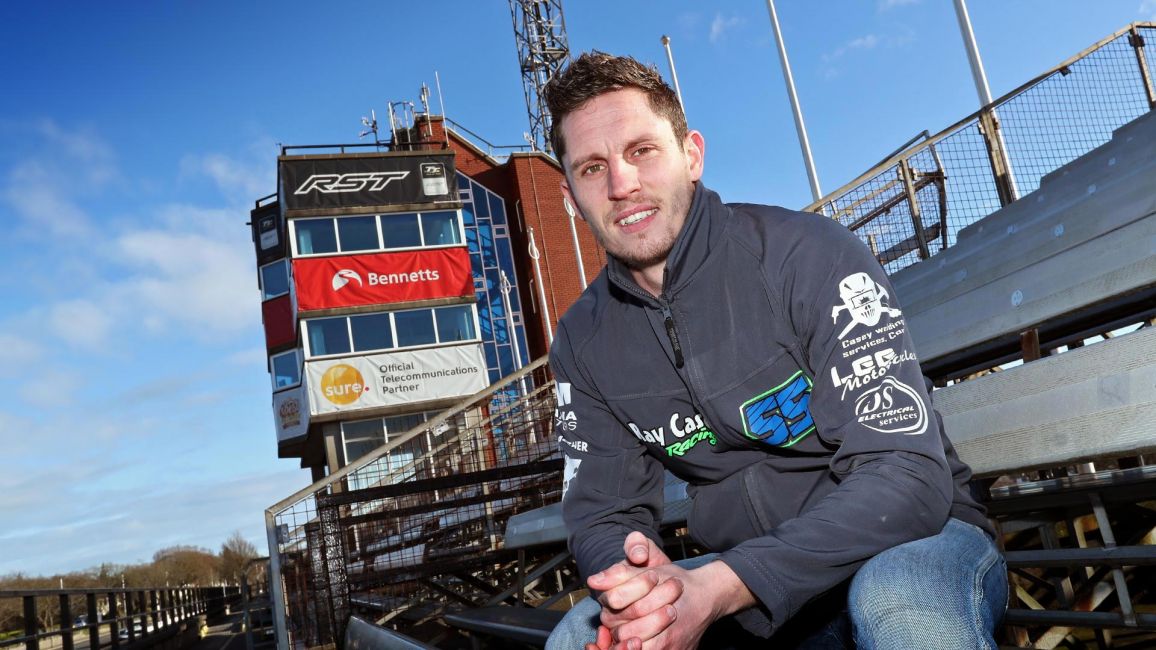 Rising Irish road racer Raymond Casey will make his debut at the 2019 Isle of Man TT Races Fuelled by Monster Energy. The 34-year old, the first rider from Cork to compete at the TT since Mike O'Connor in 1992, will compete in the two Monster Energy Supersport TT Races.

Having excelled in both the Irish and British Motocross Championships, Casey made a relatively late start to his road racing career with his first short circuit outings in 2014 but since then he has performed well in the Irish and Mondello Masters Superbike and Supersport Championships.

2017 saw Casey finish fifth overall in the Supersport Pro Series, taking a number of podiums. He made his road racing debut at Walderstown in the same year where he finished tenth in the Supersport Race, battling with TT regulars Michael Sweeney, Brian McCormack and Davey Todd. He also took 12th in the Open Race on board the same standard specification 600cc Kawasaki.

Casey also competed at the Faugheen Road Races where he further showed his road racing credentials with an excellent fifth place in the Supersport Race – only beaten by Derek Sheils, Sweeney, Paul Jordan and Derek McGee.

Those two outings paved the way for his debut at the Ulster Grand Prix where he immediately lapped at more than 120mph on his way to finishing in a solid 25th place in the opening Supersport Race. He went quicker still in the second encounter and after lapping at 120.569mph, he was challenging for a top 15 position only for a holed radiator to force him out on the final lap.

A broken collarbone early in the 2018 season ruled him out of action for a number of weeks but when he returned he was immediately back on the pace with fifth and seventh places in the Supersport and Open races at the Enniskillen Road Races and podiums again achieved in the Mondello Masters series.

For the last six years, Casey has been an integral part of Brian McCormack’s team at the TT, assisting his friend and countryman but also soaking up as much information as possible in preparation for his debut in June. Casey plans to work alongside McCormack both in the build up to TT2019 and during practice and race week in order to assist with his learning process.

After visiting the Isle of Man as part of his newcomer programme, Ray Casey said: “I feel that this is the time to make my TT Races debut. I’ve really enjoyed competing on the roads to date but the Isle of Man TT is a huge challenge and one that I’m not underestimating.  My visit to the Isle of Man this weekend was great and I’ve already had really good insight from the Rider Liaison Officers Johnny Barton and Milky Quayle.”