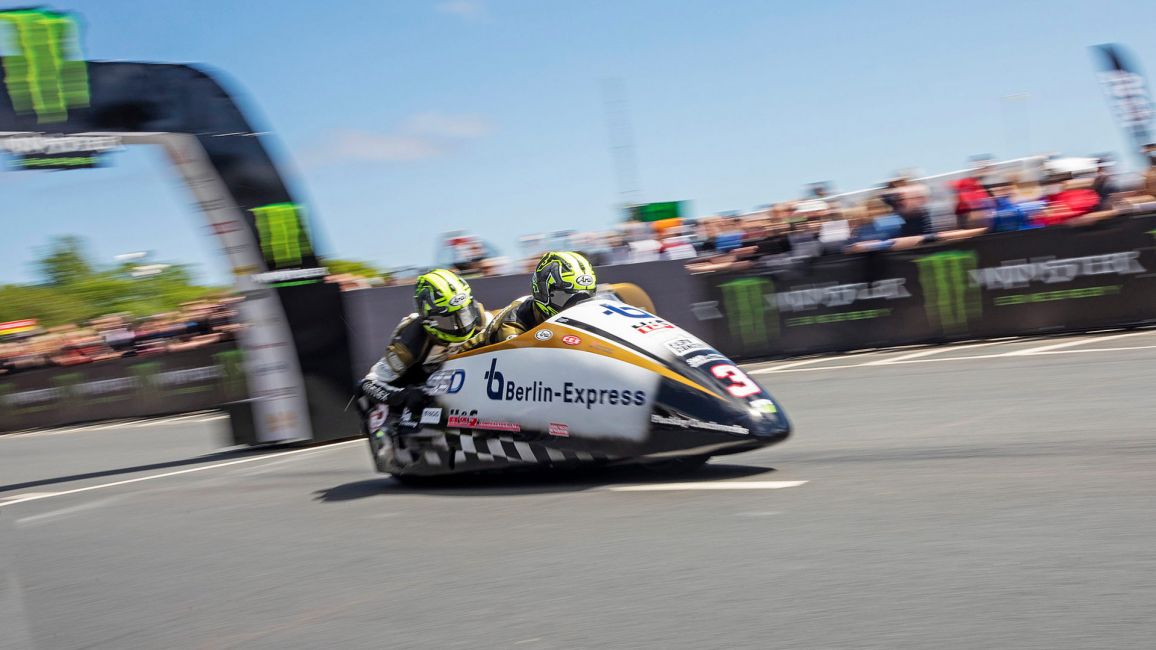 The 2019 FIM World Sidecar Championship went down to the wire at the Circuito do Estoril, Portugal this weekend, with Tim Reeves securing an incredible 8th world title alongside his passenger Mark Wilkes.

Ahead of the final two races of the season the pair, who have ridden together at the Isle of Man TT Races since 2017, had only a 12-point lead over the ten-time TT race winning pairing of Ben and Tom Birchall who faced a tall order to defend their 2018 World Championship crown.

Victory in race one ahead of the Birchall brothers in second meant that Reeves and Wilkes had a 17-point lead and one hand on the title, with just the final 17-lap race to go.

Reeves and Wilkes made a perfect start to race two taking the holeshot, but the Birchall brothers were right on their tail, soon making a pass for the lead and opening up a small gap.

The Birchalls looked comfortable at the front with an increasing lead over Reeves and Wilkes, who were happy to sit in second in order to secure to the championship.

However, on lap twelve the Birchalls were forced to retire from the lead with an oil leak. This promoted Reeves and Wilkes to first and, despite being overtaken by the Finnish pairing of Pekka Paivarinta and Jussi Veravainen in the latter stages, secured them the 2019 FIM World Sidecar Championship.

Reeves’ eighth world title now sees him as the second most successful sidecar racer of all time, behind only Steve Webster and his ten championship titles. Meanwhile, Ben and Tom Birchall’s race two DNF saw them usurped from second position in the championship by Paivarinta and Veravainen and ultimately placed them third – 37 points behind Reeves and Wilkes.