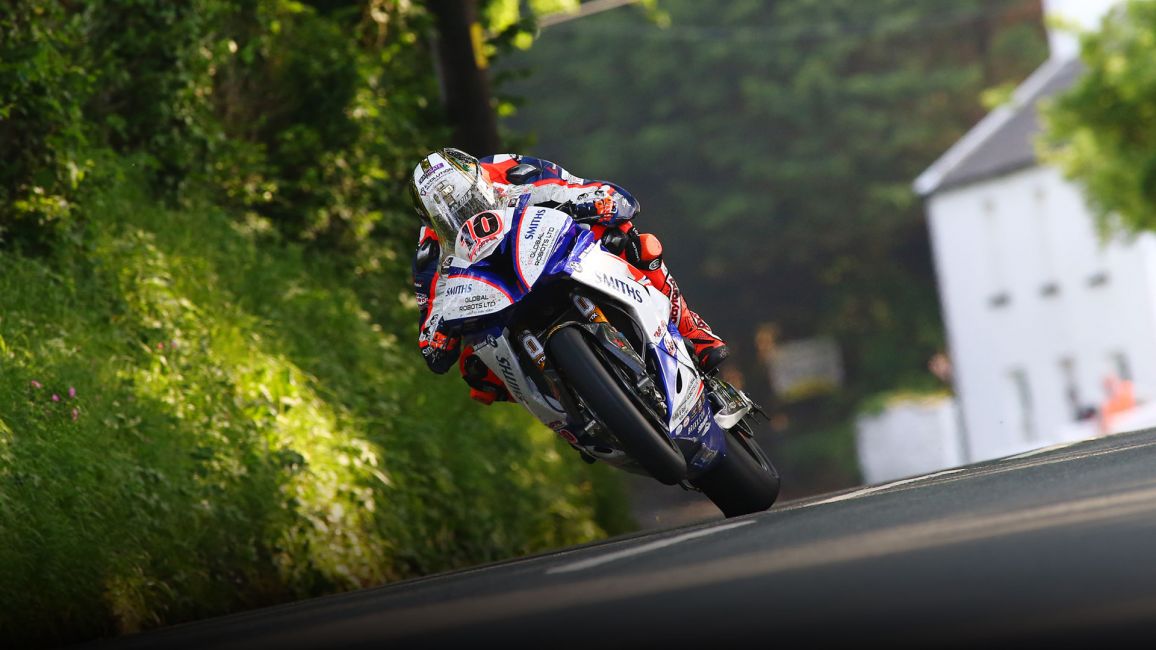 The schedule for the 2019 Isle of Man TT Races fuelled by Monster Energy has been released.

A week of qualifying, beginning for 2019 on Saturday 25th May, often merely hints at the spectacular racing to follow as riders and their teams get to grips with their machines and come to terms with the challenge of racing on the TT Mountain Course.

Although last June’s spectacular meeting is still fresh in the memory, with all nine races seeing new lap and race records being set, culminating in Peter Hickman’s brilliant Senior TT victory which required him to set a new outright lap record of 135.452mph. The unchanged race schedule already turns attention to the future.

The four race days, featuring seven solo and two sidecar races, get underway on Saturday 1st June, with the impressive sight of the obscenely powerful Superbike machines being wrestled for six laps around the 264 bends of the 37 mile circuit in the RST Superbike Race. These high performance, race modified machines reach speeds nudging 200mph at the fastest points of the course, treating spectators who line the hedges and pack the grandstands to one of the greatest sights in world sport.

Saturday’s opening race is followed in the afternoon by the first sidecar race – with winning the TT being widely regarded as the most prestigious title in sidecar racing. Current FIM World Champions Ben and Tom Birchall have dominated the TT in recent years winning the last four races and setting an incredible new outright lap record of 119.250mph on the way to last year’s double win.

Monday’s race programme opens with the nimbler, lighter more agile Supersport bikes with the first of the two Monster Energy backed races. Featuring a mix of 600cc four cylinder and 675cc three cylinder machines, the Supersport races are always close fought affairs as riders manoeuvre their bikes using every inch of the road to gain the slightest advantage.

Monday’s programme also includes the RL360 Superstock Race featuring 1000cc sports bikes, similar in specification that one could ride away from your local dealer. Despite the limited level of modifications these production machines are delivering similar results to the Superbike class, with Peter Hickman’s new lap record of 134.403mph set last year, being within eight seconds of his fastest Superbike lap.

The second Supersport Race is the opening race of Wednesday 5th June, before fans are treated to a glimpse of the future with the clean emission electric bike SES TT Zero Race. In recent years this race has been dominated by the Japanese Mugen team, with their Shinden machines. Mugen hold the current lap record and have won every race since 2014, however a number of British University teams have delivered no less spectacular results with Nottingham University emerging as the closest challengers. The Nottingham machine split the two Mugen factory bikes at this year’s TT on its way to second place with a lap of 119.294mph, the second fastest in history.

Wednesday’s race day culminates with the Bennetts Lightweight TT. This class, which has run in various guises since its inception in 1922, was reintroduced in 2012 and now features twin cylinder 650cc Supertwin machines. Largely dominated by the Japanese Kawasaki marque since the class reinvention, last year’s race saw Michael Dunlop power to victory with a factory backed Paton to gain the honours for the Italian manufacturer.

The 2019 TT Race meeting reaches its climax on Friday 7th June with the final two Races – the second Sidecar TT Race and the traditional curtain closer; the PokerStars Senior TT. Not only is it the last chance for riders to make their mark at the meeting but also offers the opportunity for a decisive conclusion to the solo and sidecar Championships. The Championship is awarded to the rider and crew with the best points based totals accumulated over the course of the meeting. Traditionally both races have featured the fastest times of the week with the Senior, as happened this year, searing spectacular racing into the annals of history.

Tickets for the 2019 events will go on sale from 10am on Saturday 17th November 2018 via the Official iomttraces.com website including Official Grandstands Tickets, VIP Hospitality Experiences, and Official Entertainment Events.