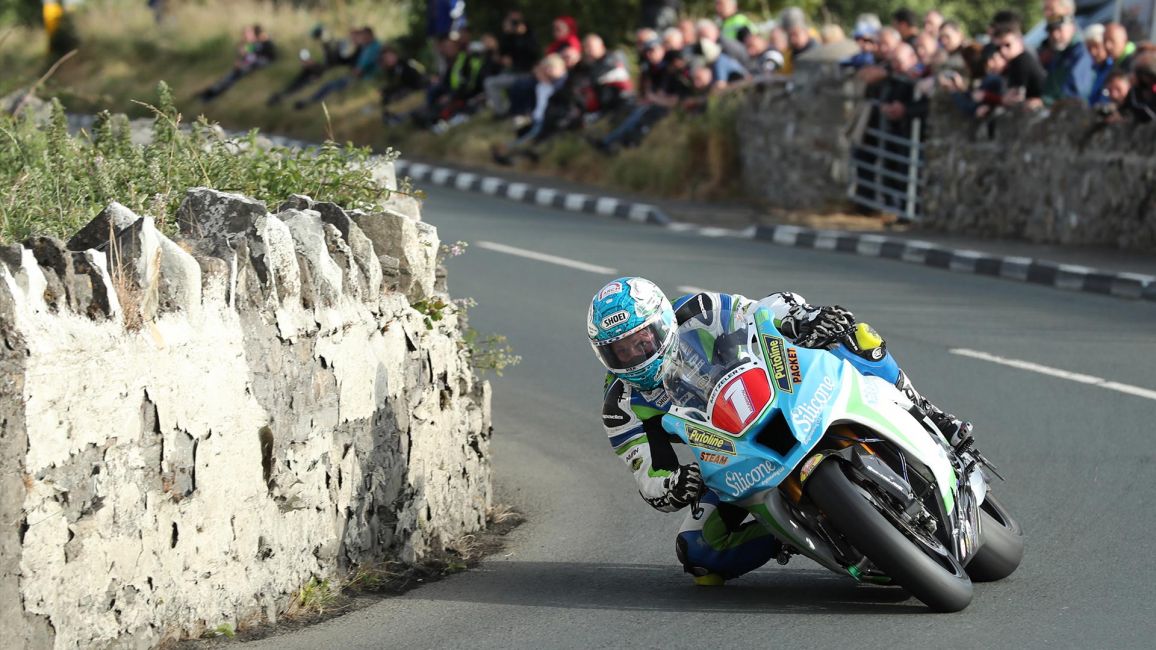 ROAD RACING RETURNS TO ISLE OF MAN WITH SOUTHERN 100

Held on the 4.25-mile Billown course near Castletown, Harrison will be aiming for a hat-trick of Solo Championships having been victorious in both 2017 and 2018. Having enjoyed an excellent year on the roads so far, including victory in the Senior TT and three more TT podiums, he’ll come into the event as favourite on the Silicone Engineering Kawasaki.

Having had a break from racing immediately after the Isle of Man TT Races fuelled by Monster Energy, Harrison was back in action at the recent British Superbike Championship round at Knockhill. He also recently confirmed his entry in the Dunlop Lightweight Race for next month’s Classic TT presented by Bennetts.

Tyco BMW’s Michael Dunlop, a three-time champion at the Southern 100, last took the Championship in 2016 and although this year has not been as successful as some of his previous campaigns, the 30-year old still took his 19th TT win last month when he got the better of Coward in the Lightweight Race by just 1.3 seconds.

The Southern 100 will see Coward contest the 600cc and Superbike races, and he’ll be looking to continue the excellent run of form that saw him take the 2019 TT Privateer’s Trophy. In addition, he claimed his first ever TT podium and also set his first lap at an average speed in excess of 130mph – becoming the fastest Yamaha rider to ever lap the Mountain Course in the process. The Prez Racing rider will certainly push Harrison and Dunlop all the way at one of his favourite venues.

Other TT stars on the entry list this week include Dominic Herbertson, tenth in this year’s Senior TT, and one of the TT’s leading privateers of recent years, Sam West.

Local rider Michael Evans will be keen to make amends after missing the TT due to a broken collarbone sustained, ironically, at Billown in the Pre-TT Classic meeting. He will look to build up his fitness ahead of next month’s Classic TT, whilst Paul Jordan will make his Southern 100 debut on the Dafabet Devitt Racing machines.

Another rider returning to the Southern 100 this week is Joe Ackroyd, following on from an excellent comeback to the TT last month. After a brace of podiums at the 2016 Manx GP, Ackroyd suffered multiple injuries in a practice crash for the following year’s TT, but returned this year with his week ending with a fine 18th place finish in the Senior TT, along with a lap at an average speed in excess of 124mph.

If the solo races are set to be close fought affairs, then the sidecars should be even more fiercely contested, with three of this year’s four TT podium finishers on the entry list. – John Holden, Alan Founds and Pete Founds - as well as former TT winners Tim Reeves and Conrad Harrison.

Despite having a difficult TT fortnight, reigning S100 champion Tim Reeves and passenger Mark Wilkes are, arguably, the pairing to beat on their LCR Yamaha, but John Holden and Lee Cain (Silicone Barnes Racing Honda) pushed them all the way twelve months ago. The pair also took the lap record, so these two outfits are expected to go head to head in both three-wheel races.

It won’t just be about those two combinations though with Alan Founds/Jake Lowther (Founds Racing LCR Yamaha) and Pete Founds/Jevan Walmsley (Rowtec Suzuki) looking to get right in amongst them. The two Cheshire brothers both set their fastest laps around the Billown course in 2018 and are in even better form this year, as seen by their podium positions and 116mph+ laps at the TT in June.

And after bursting onto the scene at this year’s TT when they became the fastest three-wheel newcomers ever, the Manx pairing of Ryan and Callum Crowe (Haven Homes Triumph) could well be a duo to upset the expected podium contenders.

Qualifying action takes place on Monday and Tuesday evenings, with the opening races on Wednesday evening, and a full day of racing on Thursday 11th July.