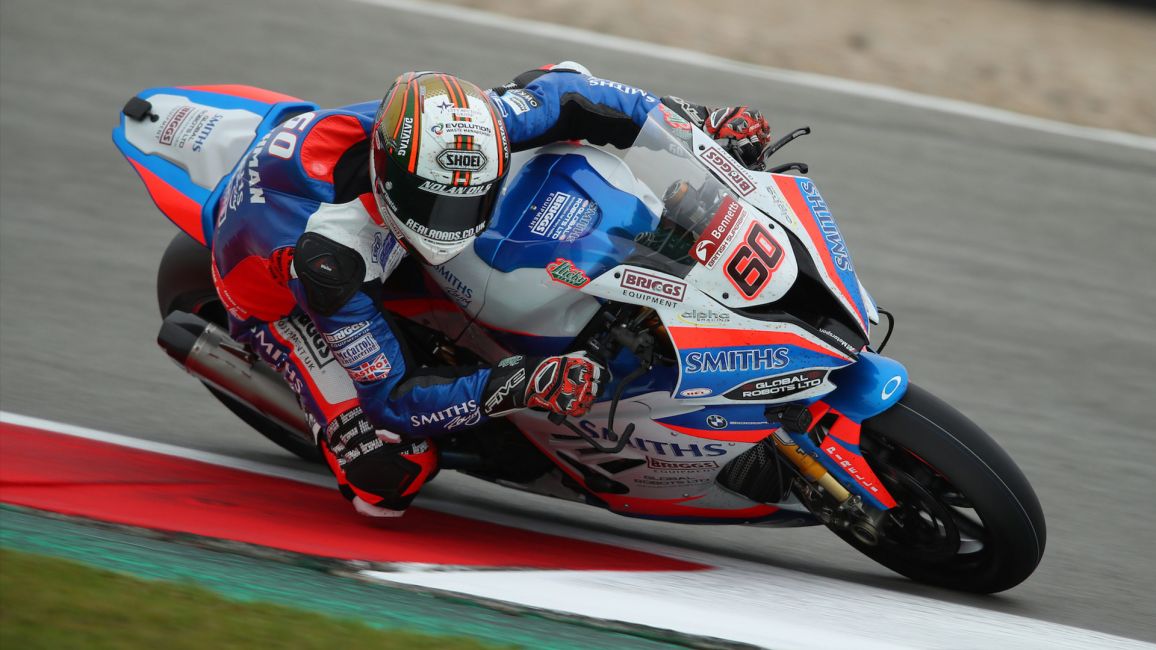 Smiths Racing BMW were back in action in the Bennetts British Superbike Championship this weekend for the opening round of the title-deciding Showdown, with Peter Hickman giving the team two eighth place finishes at the TT Circuit in Assen, Holland

5-time TT Race winner Hickman initially found the going tough around the 2.82-mile Dutch circuit, placing in 14th overall after the three free practice sessions. However, the 32-year-old quickened his pace considerably in qualifying on Saturday afternoon and with an improvement of more than half a second, he lined up for Sunday’s opening 18-lap race in 11th place on the fourth row.

Sunday again saw good conditions all day and a good start to race one saw Hickman immediately move up to seventh. The pace car soon came out for a period of three laps but when racing resumed, Hickman made good strides forward moving up to fifth place at half race distance. Lap 11 proved to be Hickman’s undoing though as he dropped back three places to eighth and try as he might, he was unable to regain any positions before the end of the race.

Starting the second race later in the day from a more adVanced position of seventh due to a fast lap posted during race one, Hickman held his position for the first half of the race when the leading pack of ten riders were covered by less than three seconds.

In the second half of the race, Honda Racing’s Xavi Fores pushed Hickman back to eighth and as his tyres began to fade in the latter stages of the race, he settled for eighth place once more and another eight points.

Peter Hickman: “Two eighth place finishes isn't ideal and not what we wanted or what we were expecting but it's been a bit of a strange weekend to be fair. We thought we'd be strong this weekend but with some new parts and new things to try, it's proven to be more difficult than we expected. The new parts we had will benefit us in the long term but, perhaps, compromised us this weekend, but we did move forward as the weekend progressed so that was positive. I think I was something like the third fastest rider on track in race two but the progress came a little bit too late in the weekend and when the grip levels dropped, I was losing a couple of tenths each lap which was just enough for me to drop back slightly. It is what it is and we've learnt a lot so will look to make a greater impression at Donington in two weeks’ time.”

Darren Jones, Team Co-ordinator: “It’s been a tough weekend to be fair and not how we hoped to start the Showdown but we dug deep and put in some strong rides given the circumstances. We’ve found a sweet spot with the setup of the BMW at recent rounds but, unfortunately, it didn’t work here and with a few upgrades to the bike we had a lot on our plate. We’ve been trying lots of things and lots of changes during the race weekend which is far from ideal, but we improved throughout. Peter’s pace was a lot stronger in the second race and it was only a drop in grip to due to the track temperature that caused him to drop back a bit in the closing stages. A pair of eighths isn’t too bad all things considered.”

The 11th and penultimate round of the series takes place at Donington Park, Leicestershire on October 4-6.