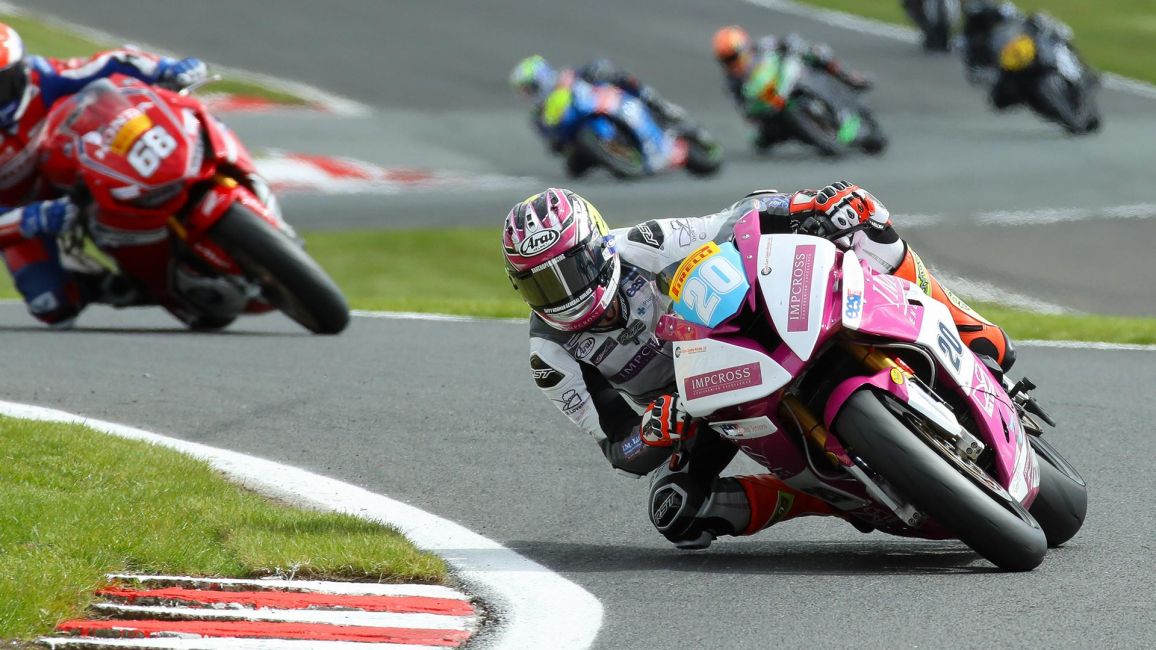 Dan Cooper was in action at Oulton Park over the Bank Holiday weekend for round two of the 2019 National Superstock 1000 Championship, with the Stroud rider putting in a strong performance on the Impcross Engineering BMW to take 22nd place in Monday’s race, as his preparations for the 2019 Isle of Man TT Races fuelled by Monster Energy continue.

Having his first outing at the Cheshire venue for more than seven years and his first ever on a 1000cc machine, Cooper was even further on the back foot having missed the official test at the circuit last month.

After placing 39th in Saturday’s first free practice session, he improved his lap time by some two and a half seconds in the afternoon to move up to 29th. With a further 1.5s improvement during qualifying on Sunday afternoon, he lined up for Monday’s race in a solid 25th place.

The good weather of Sunday was replaced by damp and cool conditions for Monday’s race, which was subsequently cut from 18 laps to 14. The opening lap saw him maintain his starting position and over the next few laps he steadily moved forward, with a number of overtaking manoeuvres enabling him to move up inside the top twenty at half race distance.

As the race wore on, a dry line appeared all round the circuit but no sooner had it done so then spots of rain began to fall once more and the last few laps were tricky for all concerned. Enjoying a good battle on track, Cooper was shuffled back to 22nd at the chequered flag but successfully completed the first two rounds with valuable miles under his belt ahead of the forthcoming Isle of Man TT races.

Dan Cooper: “It’s been a long time since I’ve ridden at Oulton Park and although it’s been kind to me in the past, it’s a completely different challenge on the 1000cc bike and after missing the test last month, I was off the pace to begin with but I kept chipping away and I was able to improve my lap times considerably in each session. We didn’t get many laps in on Saturday due to a number of stoppages but qualifying on Sunday went well and I was happy enough with where I qualified.”

“We did have a few issues with the bike cutting out a little bit and then Monday’s race saw damp conditions compared to the dry weather we’d had prior to that so, again, it was a challenge, but I got stuck in as best I could from the minute the lights went green. I think I chose the wrong traction setting though and the bike was moving around a lot, as it was for everyone, but I enjoyed the race and we moved forward, which was the main thing. It’s good to be back in the BSB paddock and I’ve been pleased with how the first two rounds have gone so we’ll look forward now to the TT.”

Dan’s next outing will be the Isle of Man TT Races fuelled by Monster Energy, with practice on the 37.73-mile Mountain Circuit getting underway on Saturday 25th May.