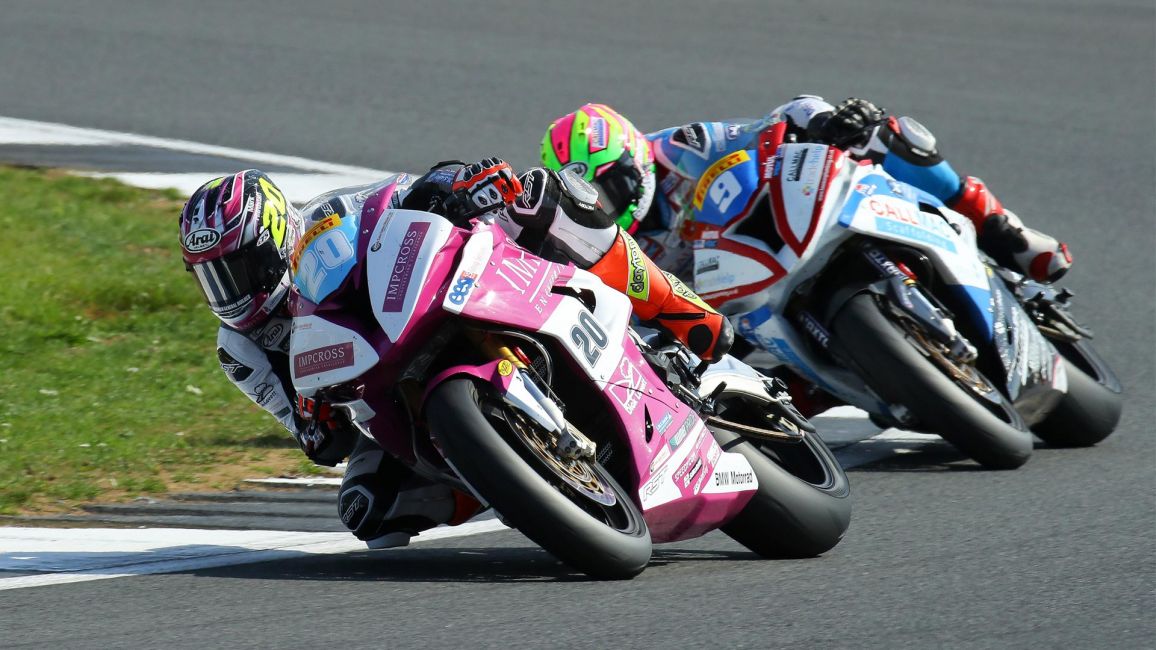 Stroud’s Dan Cooper got his 2019 Road Racing season underway at Silverstone over the weekend with three strong rides, including two top twenty finishes, in the opening round of the Pirelli National Superstock 1000 Championship.

Competing in the British Championships on a full-time basis for the first time since 2011 – and first time ever in the 1000cc class – the 31-year old got quicker as the weekend progressed and took two 19th place finishes in what were three incredibly competitive races.

With 52 riders competing in practice and qualifying for 40 places on the grid, Cooper started steadily on the Impcross Engineering BMW, recording the 40th fastest time in Friday’s first free practice session but later in the afternoon he improved his time by eight tenths of a second around the 1.64-mile Silverstone National circuit to jump eight places up the timesheets.

Qualifying on Saturday was split into two groups and saw superb conditions at the Northamptonshire venue. With a further half second improvement, Cooper comfortably qualified for the three races in 30th position.

The first two 24-lap races took place later on Saturday afternoon with just a ten-minute break between them. After finishing in 28th place in the first encounter, Dan jumped up the leaderboard in the second race and took the chequered flag in a strong 19th position, taking part in a thrilling six rider battle for 14th.

Easter Sunday again saw perfect conditions, but the third 24-lap race was only a lap old when it was stopped due to a crash. Restarted over the shorter distance of 18 laps, an excellent start saw Cooper complete the first lap in 18th place. Once again, he found himself battling on the edge of the points with just four seconds covering 12th to 20th and, aided by his fastest lap of the weekend, he took his second successive 19th place finish.

Dan Cooper: “I’m really pleased to get the first round all done and dusted and without any major issues. There were a lot of crashes across the three races so it’s good to have stayed out of trouble and not got caught up in anyone else’s accidents whilst I was pleased with my three results. With it being my first time back in the British Championships after a long time away, I wasn’t really sure how things would go but I got quicker and quicker throughout the weekend and made forward strides all the time.”

“The class is very, very competitive and I was only 1.4s off pole position but the bike was working very well with my biggest focus being getting used to the Pirelli tyres as they’re very different to the Dunlops I’m used to using at the Isle of Man TT and the like. I was always moving in the right direction and aside from a few brake issues in Sunday’s race it’s been a trouble-free weekend.”