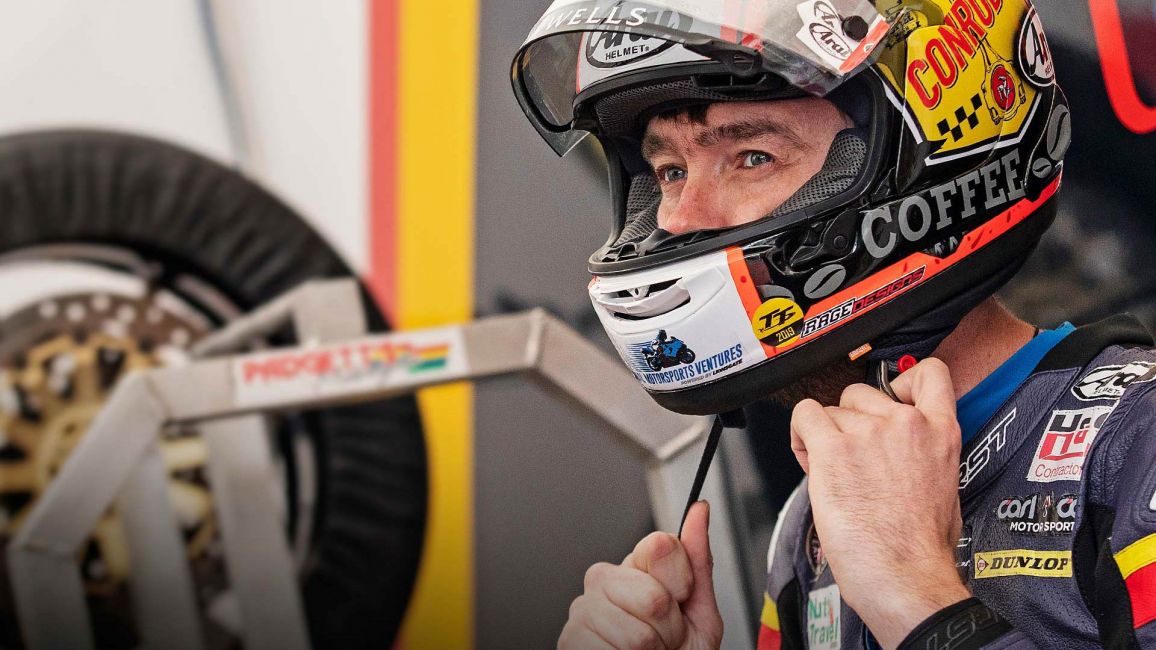 There were accusations of sand-bagging flying around the digital paddock after last night’s third round of heats in the Virtual TT powered by Motul, part of the TT Lock-in fuelled by Monster Energy.

Conor Cummins - after a last minute Facebook appeal to borrow a game console - promptly set a virtual lap time of 129.730mph/17.45, albeit over forty seconds slower than he actually raced the course in the 2018 RST Superbike TT Race.

The popular local rider was still outperformed by gamer teammate and fellow Manx resident Louis Porter who clocked a lap of 138.458mph/16.35 - the third fastest lap in the Championship to date.

However, Louis was not the fastest gamer on the leaderboard, or even the fastest in last night’s heat as, earlier in the evening, Darrell Grundy from Winchester, riding Dean Harrison’s Silicone Engineering Kawasaki ZX10, posted 145.395mph/15.57 for Team Toniutti - only the second sub 16 minute lap of the tournament after Davey Todd’s exploits on Monday evening.

After a promising start Darrell was actually quicker than Davey Todd’s at the traditional first timing point at Glen Helen but he lost time on the run in to Ramsey and eventually finished 13 seconds behind the race leader.

Home advantage clearly carried more weight as, despite Julien’s position as the technical adviser to game publishers Nacon, the all Manx duo’s superior course knowledge saw Team Cummins post an aggregate time of 133.164mph/34.00.  Although the combined time moved Team Cummins into second place Conor later admitted that he thought the lap was like his school report – ‘must try harder’!.

Team Toniutti’s combined score of 124.384mph /36.40 after Julien’s lap of 110.80mph/20.43 left them almost at the bottom of the class in fifth place out of the six teams to record their laps to date and saw Julien joke that ‘in real life it’s more easy to race the TT Course’.

The ‘Virtual TT powered by Motul’ features eight TT heroes in four ‘race day’ heats getting to grips with a new challenge, by tackling the familiar course from the comfort of their own homes via the newly released game, TT Isle of Man: Ride on the Edge 2.

Each professional rider has teamed up with an experienced gamer from around the world to complete one lap of the famous course on the TT game. The team’s aggregated lap time will be their leaderboard score as they go ‘head-to-head’ with the other teams to decide who will be crowned ‘Virtual TT 2020 Champions’.

With only American Mark Miller’s Team Miller and outright lap record holder Peter Hickman’s Team Hickman still to go, Davey Todd’s team is firmly in top spot with 140.216mph/32.29 from new second placed Team Cummins and Team Martinez holding the final podium place ahead of Friday’s final heats which you can see from 8.15pm on iomttraces.com and via the Official TT Facebook page and YouTube channel.

The edited highlights including interviews with the competitors and full lap coverage from the first four heats are now available on iomttraces.com and the TT Races Official Facebook page and YouTube channel.