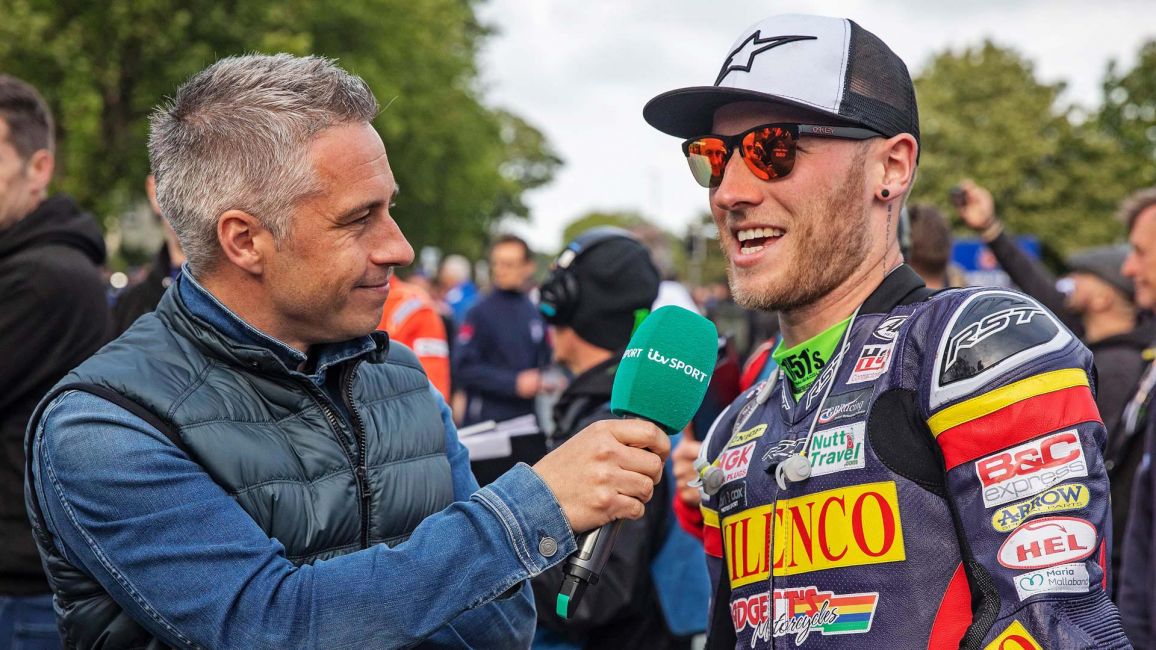 Only two teams stood between Team Todd – Davey Todd & Sam Tipper – and victory in the inaugural Virtual TT Powered by Motul and despite valiant efforts, they were unable to improve on the Honda Racing rider’s team time from earlier in the week.

Last night saw the fourth and final race day of the 2020 Virtual TT Races powered by Motul and the burning question on everyone’s lips was whether Peter Hickman would be able to virtually beat the actual outright lap record of 135.452 that he set in the Senior TT of 2018.

The virtual race took place appropriately on Senior TT Race day although all eyes were not on Glencrutchery Road but California as American Mark ‘Thriller’ Miller took to the track with teammate Sarah Leghari from Stafford.  Mark had a successful TT career that saw him finish as the fastest ever American at the TT as well as winning the TT Zero electric bike race in 2010.

Miller admitted that seeing his helmet and leather avators tempted him to get back on a bike: “It made me want to do the real thing once again but it’s nice to have this simulator to play the course. It’s so engaging and cool and realistic that it’s almost like being there.  I thought I had put this behind me for life and then I started to go down Bray Hill and the hairs stood up on the back of my neck and I was petrified.”

After a promising start from Sara, a couple of spills saw her eventually finish in a time of 124.18mph/18.23 but Mark Miller, showing the course knowledge gained from an eleven year TT career clocked 16:45, the 7th fastest time of the week for a combined time of 127.61mph/35.08 which left Team Miller in fourth overall.

Miller, appropriately riding a bike from American Eric Buell, could have finished higher and was pressing Jamie Coward in fourth place before a mistake on the Mountain saw the American drop back.

The final pairing to step up to the virtual start-line on Glencrutchery Road for the proverbial ‘tap on the shoulder’ from race starter Paul Kermode was Team Hickman featuring 5-time TT race winner Peter Hickman and gamer Alex Petrov from Russia.

Peter revealed that he was a gamer as a child but confessed that he hadn’t played much since, which meant that he would be relying on his teammate Alex to provide some of the gaming expertise.

And Alex, with a cautious lap of 22.24 which included a slide at Hillberry, undoubtedly left Peter with too much to do, although Peter’s lap of 17.06 - the sixth fastest of the week- restored some team respectability leaving Team Todd to be crowed the Virtual TT powered by Motul champions for 2020.

The Virtual TT has been running as part of eight days of online entertainment in the TT Lock-In fuelled by Monster Energy, which concludes on Saturday 13th June.