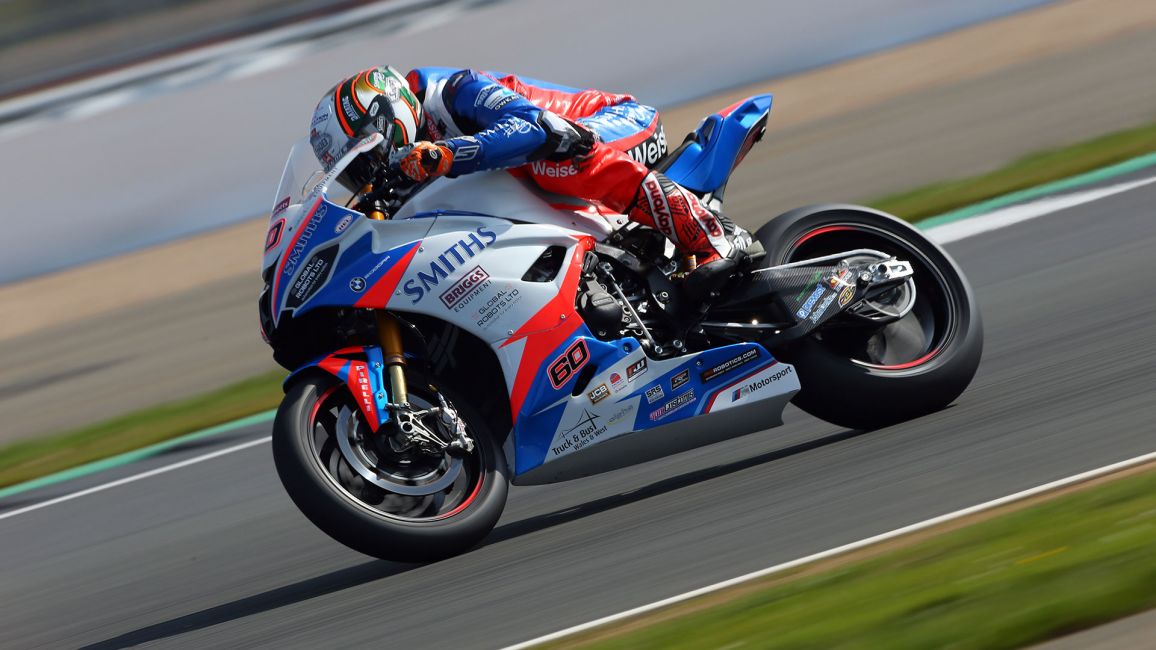 TESTING WEEKEND FOR HICKMAN AT BSB ROUND 1

Having only taken delivery of the new Smiths BMW S1000RR a month ago, the team had worked incredibly hard to get the bike ready for round one. However the lack of track time compared to their BSB rivals meant they still had a lot of work to do during practice and qualifying around the Silverstone National circuit.

Qualifying was incredibly close, with less than two seconds covering the field, and Hickman began the first 30 lap race from the seventh row. Getting his head down, he began to make his way forward and got into a points scoring position of 15th by lap 26. A significant gap had opened up to Dan Linfoot in 14th place, but when the leader crashed on the final lap Hickman was elevated to 14th place to pick up two championship points.

Starting the second race from the seventh row once again, he began to pick up places and on the final lap he overtook Ryan Vickers to snatch 14th place at the flag.

Peter Hickman: “It’s been a tough weekend, but it was never going to be easy with the bikes arriving late and we were hoping to fall on a setting that worked but didn’t! At the same time, we’ve come away with two points-scoring finishes from what was essentially a test weekend and the good thing is that we made progress and moved forward all weekend. We’ve learned loads and haven’t been a million miles away so I can’t complain too much and there are a lot of positives to take away. The potential is clearly there so we’ve got plenty to work with and build on so I’m confident we’ll be a lot stronger at round two.”

Darren Jones, Team Co-ordinator: “The weekend hasn’t been too bad given we only got the bikes a month ago and it’s full credit to the team to have Superbikes built and competing at the first round. We’ve had no problems or technical issues and the riders stayed calm doing exactly what we asked of them. We’ve all got to be patient and both riders went faster each time they went out, so we’ve got a good platform to build upon. The potential of the bike looks really good and a crucial factor is that we now have loads of data to analyse and put together with our own ideas. The next few weeks are going to be really busy, but we’ll use the gap ahead of round two well and get to Oulton for round two in a much better position.”