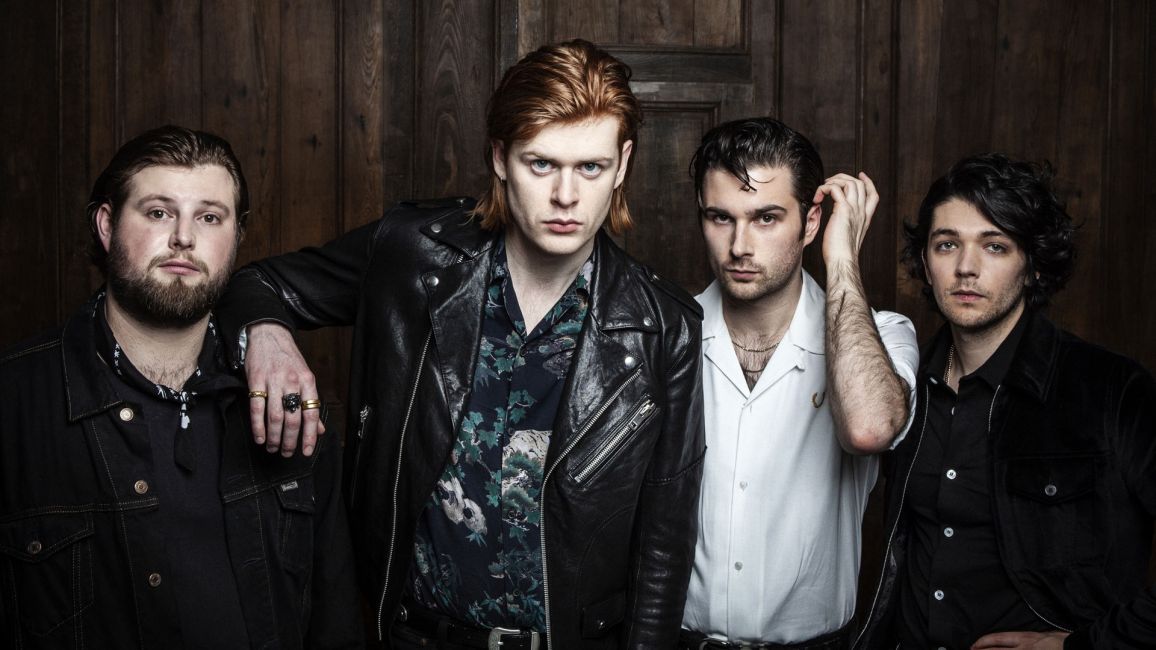 Explosive rock band, The Amazons, are to bring their awesome live show to the Isle of Man TT Races in 2020. Confirmed for Monday 8th June, the quartet will play the TT Mercury Club in what promises to be a special night of swaggering rock ‘n’ roll. And like last year’s much vaunted home-coming gig in Reading, The Amazons’ TT concert also looks set to be an increasingly rare outing in a more intimate venue.

Bursting onto the scene in 2017 with an eponymous debut album, The Amazons have enjoyed a stratospheric rise to fame. In fact, so swift was The Amazons’ ascent, that they scarcely had time to naturally develop before their big break. Formed in 2014, they were signed within a year and were receiving rave reviews for their ferocious live shows. As their debut was readied for release, the band were tipped by everyone in the know, including Apple Music, Amazon, Kerrang and Q. They were also shortlisted on the BBC’s Sound Of poll and playlisted by Radio 1. On its release in May 2017, The Amazons sailed to No.8 in the UK album chart.

A subsequent monster tour took the band all over the world, returning to Reading last spring ahead of festival season which included performances at TRNSMT, as well as Leeds and Reading Festivals, where the band famously packed out the Radio 1 tent. Watching how audiences reacted to their live shows, it was an experience that helped convinced the former school mates that the next album should pack a heftier punch. The Amazons had an autumn date with the studio, and it would be the perfect opportunity to take their craft to the next level.

Ten incredible songs make up their second album Future Dust – a sophomore record that retools rock’s dark past for the present day. Huge riffs, slinky blues grooves and falsetto backing vocals reveal the band’s influences, with the band having an absolute blast delving back through The Rolling Stones, The Yardbirds and Led Zeppelin. And whilst The Amazons serve up a thoroughly modern interpretation of classic rock ‘n’ roll, its these early influences that make the band special – also going some way to explaining why Future Dust was the only contemporary rock album to feature in the top ten during a summer dominated by icons such as David Bowie, Queen and Elton John.

Fundamentally, The Amazons don’t try to be anything other than a group made up of friends with a love of classic rock. They enjoy being a rock ‘n’ roll band, and they’re a stomping good one at that. If you’re left in any doubt, a cursory look at their last set list would uncover a bunch of crowd-pleasing belters, from their own tracks like Black Magic and 25, to The Beatles’ Helter Skelter, Primal Scream’s Movin’ On Up and T-Rex’s 20th Century Boy. That’s what The Amazons deliver; pure, unfiltered, joyful rock ‘n’ roll.

Tickets for The Amazons go on sale Friday 31st January at 9am and are available only at iomttraces.com