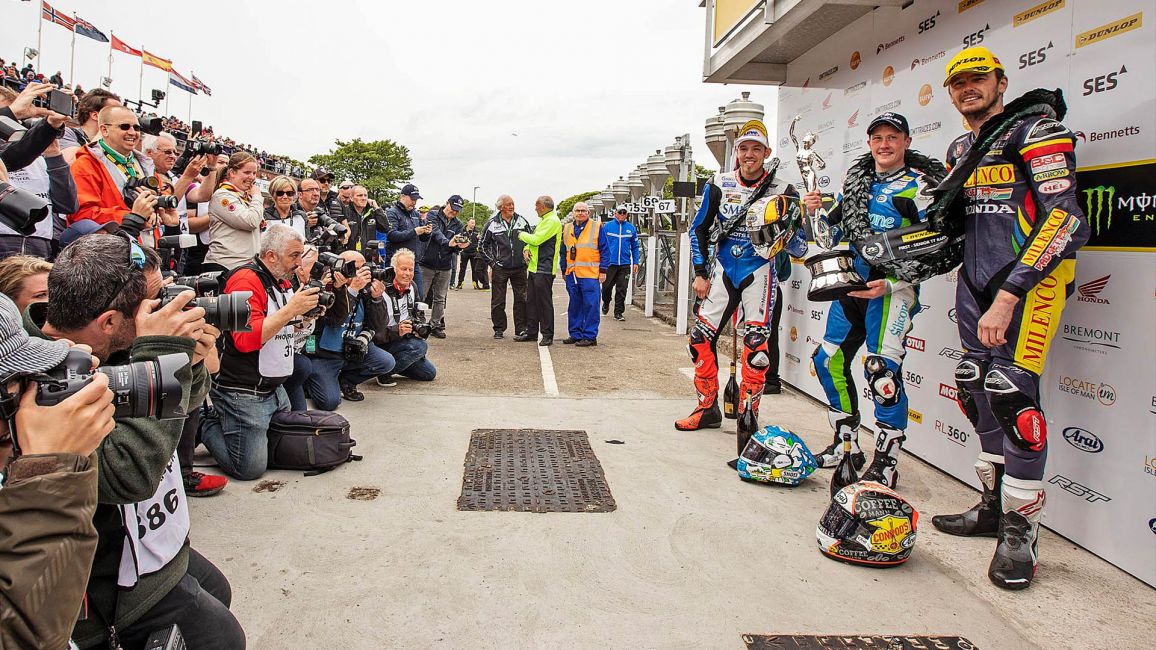 After two weeks of weather disruption and shortened races, the patience of riders, teams and TT fans around the world was rewarded with perfect conditions for racing on the final day of the 2019 Isle of Man TT Races fuelled by Monster Energy.

Days of delays and disruption forced organisers to arrange a heavily revised schedule that featured an unprecedented five TT Races in a single day on Thursday, leaving just the Dunlop Senior TT Race to take place on Friday 7th June. The start time was brought forward to 10:00 in the hope of running the full 6 lap race distance and avoiding the forecasted bad weather.

As expected, the race soon developed in another head to head dual between Peter Hickman and Dean Harrison, with Hickman able to build a lead up until the second round of pit stops at the end of lap 4. From then on, he began to struggle with an engine overheating issue and was unable to rev his BMW S1000RR Superbike over 11,000rpm. Harrison was able to overhaul the ailing Hickman, to take his first Senior TT Race victory.

The Birchall brothers were also awarded the 'Motul Team Award for Technical Excellence', after their LCR chassis filled all three of the podium positions in the first Sidecar Race.

The 'RST Stars of Tomorrow' award was awarded to the newcomer Sidecar pairing of Ryan and Callum Crowe, following their stunning debut performance at the Isle of Man TT Races where they set the fastest ever Sidecar newcomer lap of 113.53mph.

Senior Race Day and the 2019 TT Races was then brought to a close with a spectacular performance by legendary DJ, Carl Cox. Delivering an incredible 3-hour set, he took to the stage in front of a sell-out crowd in his headline performance at the TT Closing Party, with 800 lucky party-goers and a host of top TT stars in attendance.