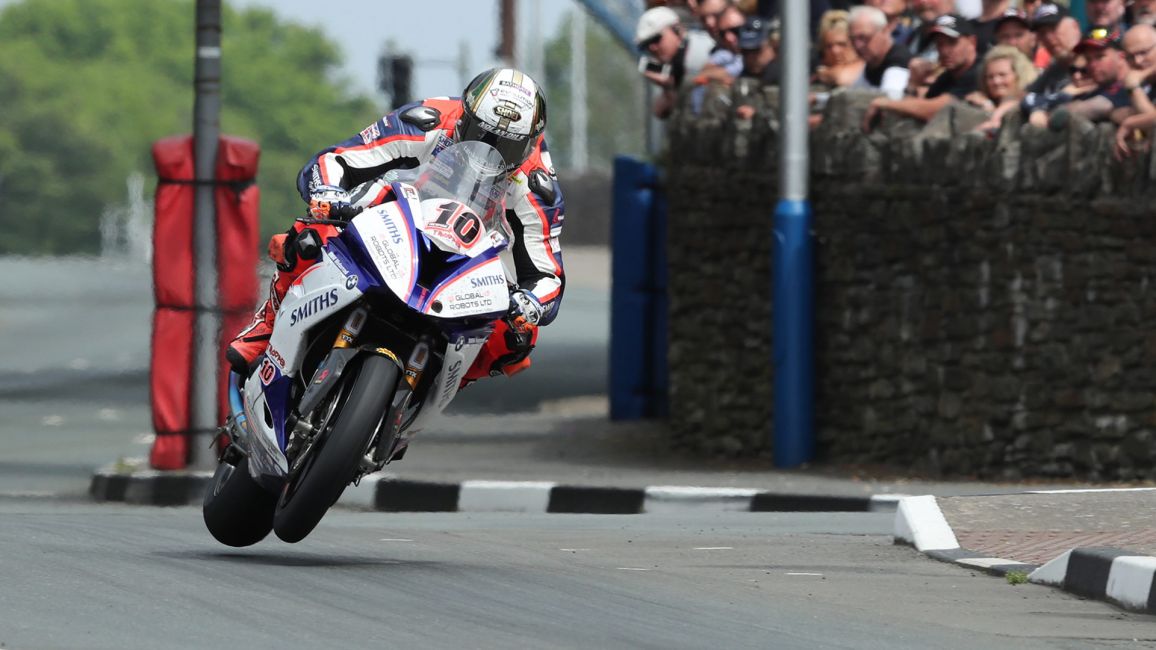 With the anticipation and expectation having built up over the last few weeks and months, the wait is finally over as the 2019 Isle of Man TT Races fuelled by Monster Energy bursts into life on Saturday evening, with the opening practice session taking place on the Mountain Course.

The cream of International Road Racing have been preparing diligently and extensively all season and with many of them having enjoyed strong starts to their respective seasons, they’ll be looking to fine tune their machinery during practice week in readiness for the opening RST Superbike Race on Saturday 1st June.

All of the leading protagonists from twelve months ago are back for more, with last year’s double race winner and outright lap record holder Peter Hickman leading the way.

Continuing with the Smiths Racing team for a third year, the Burton upon Trent rider has had limited track time with the new BMW S1000RR but he’s recently hit top form in the British Superbike Championship and on the roads, where he took a convincing win in the dry Superstock race at last week’s North West 200.

He can expect challenges from all the usual suspects once more, with Dean Harrison another rider whose year has started strongly as he continues to climb the ladder in the BSB series. Strong results in Northern Ireland on the Silicone Engineering Kawasaki’s show he’s as strong as ever and he’ll be determined to repeat his TT performances of last year when he contested for race wins in each class.

Michael Dunlop got back into the swing of racing at the North West 200 where, despite his long lay-off, he ran in the leading pack. With a hat-trick at last year’s TT, he’ll be aiming for more of the same, particularly in the 1000cc races where he’ll also be on board the new BMW S1000RR.

While Hickman, Harrison and Dunlop made the headlines in 2018, James Hillier and Conor Cummins joined them on the podium. Both look set to be in the mix again as they strive to stand on the top step.

Both are riding as well as ever, as seen at the North West 200 where Quattro Plant Wicked Coatings Kawasaki rider Hillier was crowned Man of the Meeting after taking his first win at the event as well as two more podiums.

Cummins was quick in the dry and wet on the Milenco by Padgetts Motorcycles Hondas, and although he and Hillier need to find some speed to match the pace of Hickman, Harrison and Dunlop, they have every chance of doing exactly that this time around.

Two legends of the 37.73-mile Mountain Course, John McGuinness and Ian Hutchinson, return at full strength with the McGuinness now Norton-mounted and the Hutchinson back with Honda Racing for a second year. Both have a point to prove and although their preparations didn’t go quite to plan at the North West 200, the TT is where their energies are channelled and we can expect both of them to be setting a searing pace.

Hutchinson is joined at Honda Racing by the lead Australian at the event, David Johnson, who after three fourth-place finishes, is desperate to make his maiden rostrum appearance.

Veteran Michael Rutter is back for another effort on the Bathams-backed BMW and Honda machinery, using the exotic Honda RC213V-S in the RST Superbike and Dunlop Senior Races for the first time. A consistent top six finisher in recent years, the Bridgnorth rider will also have great chances of success in the Bennetts Lightweight and SES TT Zero Races where he’ll be riding for KMR Kawasaki and Mugen respectively.

Lee Johnston is back to his best form on the striking blue Ashcourt Racing machines. Taking an International victory in the Supersport class at the North West 200, he comes into this year’s TT hungrier and sharper than ever before. He’s aiming for podiums, at least, in all of his races with the top step in the Monster Energy Supersport Races firmly in his sights.

Double TT winner Gary Johnson has been hindered in recent weeks with a nasty leg injury sustained in an accident at Oulton Park, but continuing with Lee Hardy’s RAF Regular & Reserve team means he’ll arrive on the island with tried and tested machinery for all classes.

There’ll be the expected front runners across the RST Superbike, Monster Energy Supersport, RL360 Superstock and Bennetts Lightweight Races but there’s a whole host of riders queuing up behind them desperate to make their mark at TT 2019 – none more so than Davey Todd.

Last year’s sensational newcomer was in superb form at the North West 200, claiming his maiden International Road Race victory for the Padgetts team and immediately following it up with third on the Penz13.com BMW Superstock machine. While the TT is a different proposition, all eyes will be eagerly watching his progress.

Derek McGee has enjoyed a superb start to his season with multiple wins at the Cookstown 100 and Tandragee 100 Road Races, whilst he too was on the podium at the North West 200. Second in last year’s Bennetts Lightweight Race, he’s firmly aiming for the top step this year but don’t bet against top six finishes coming his way in the other classes too.

Phil Crowe and Sam West add further weight to the privateer challenge having only narrowly missed out on their first ever 130mph laps last year, whilst Jamie Coward is another rider whose year has started brightly – the Prez Racing Yamaha rider showing superb form at the North West 200.

Daley Mathison, Dominic Herbertson, Shaun Anderson, Horst Saiger, Stefano Bonetti – a dark horse for glory in the Bennetts Lightweight TT Race – Brian McCormack, Michael Sweeney and young talent Paul Jordan are just some of the other privateers expected to feature, whilst local star Michael Evans will be looking to make a further impression on his second TT appearance.

A number of newcomers will get their first taste of the Mountain Course on closed roads on Saturday with Swiss Lukas Maurer, who enjoyed a superb debut at the North West 200, New Zealand’s Daniel Mettam and Germany’s David Datzer amongst them.