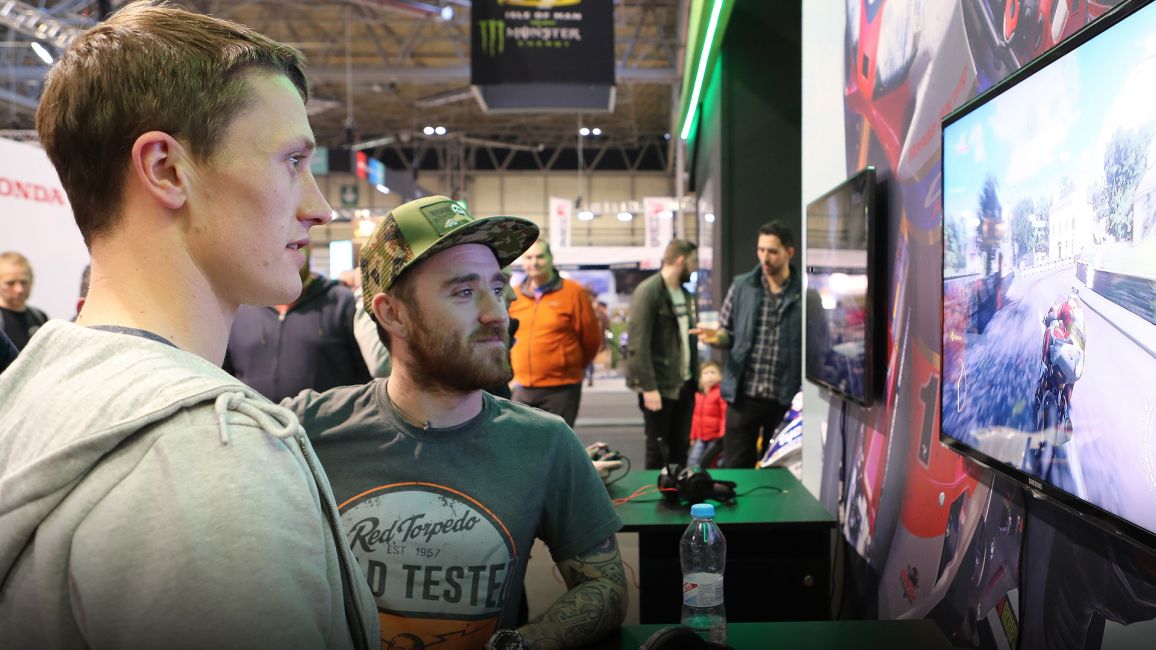 Many of the leading names from the world’s Ultimate Road Race will be appearing throughout the show – reliving the highlights of the 2018 event and looking forward to next year’s races.

stars Peter Hickman and Dean Harrison who both broke the outright lap record – Hickman spectacularly on his last lap of the PokerStars Senior TT Race to snatch the title from early race leader Harrison – head the list of riders who will be at the show.

Other TT riders attending include 23 times champion John McGuinness, Honda Racing’s Ian Hutchinson and Lee Johnston while Padgetts Motorcycles Conor Cummins and Bournemouth Kawasaki’s James Hiller, who both stood on the podium at this year’s TT, will also be in Birmingham.

The Birchall Brothers Ben and Tom - double 2018 TT Race and outright lap record holders - head the sidecar line up while victor Dave Molyneux and passenger Patrick Farrance, multiple World Champion Tim Reeves and passenger Mark Wilkes and veteran John Holden and passenger Lee Cain will all be representing the TT at the event.

You can meet the riders at the TT stand situated in Hall 2, Stand Number 2D25 and also see some of the record-breaking machines ridden at this year’s event.

And if that isn’t enough, you can see close up, and be pictured with, the priceless and iconic Senior TT Trophy, one of the world’s most instantly recognisable sporting trophies and get unique insight into racing the Mountain Course from TT Rider Liaison officer Richard ‘Milky’ Quayle who will be talking through spectacular laps on a high definition, high adrenaline giant screen.

Fans will also get the chance to experience what it’s like to head down Bray Hill for themselves as the hugely realistic multi-platform TT game ‘Ride on the Edge’ will be on the stand with two playable kiosks available for visitors to try and beat the legends.

TT staff will be on hand throughout the show to advise on travel and accommodation packages for next year’s TT Races, Classic TT Races and the Isle of Man’s other motorsport events and you can be first in the queue to secure Official Event Experience and Grandstand tickets that will give you access to the best race and entertainment action in 2019.

Motorcycle Live will culminate with the now traditional ‘TT Day’ on the last day of the show - Sunday 25th November, where TT themed content will dominate the day.

Advance tickets for Motorcycle Live are now available from motorcyclelive.co.uk or on the day from the Event Box Office.