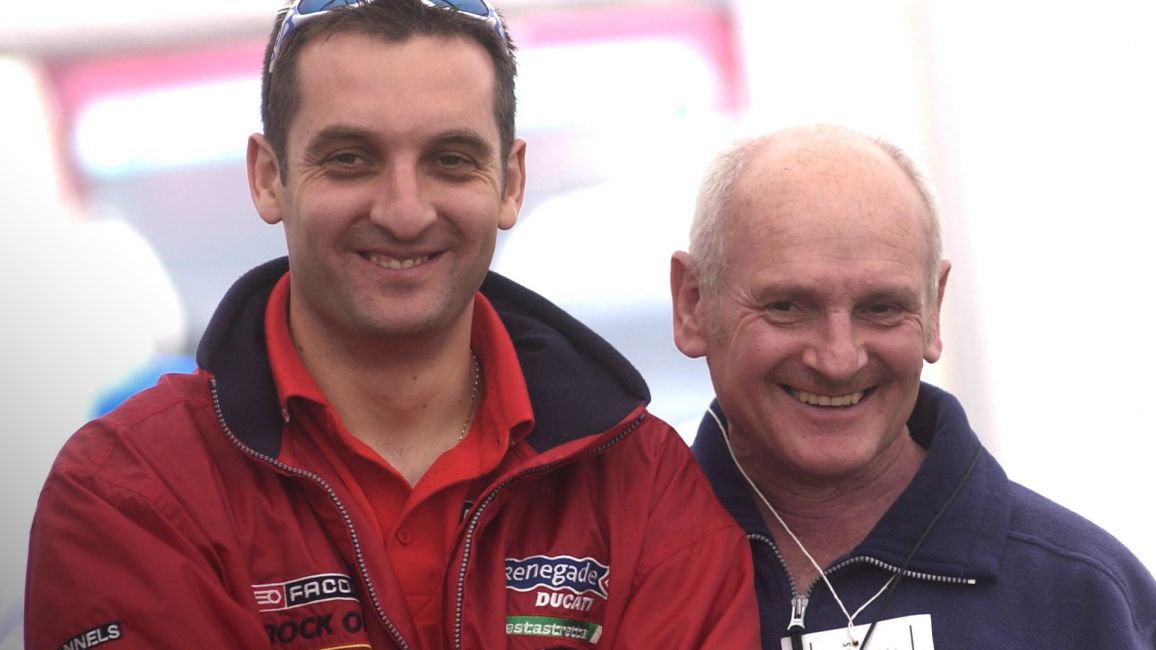 One of the finest Isle of Man TT racers of his generation, Rutter began his TT career in 1965 and would go on to amass 20 podiums and 7 victories around the TT Mountain Course.

Born in 1941, Rutter started racing at the age of 20 and graduated to the TT aged 23 when he contested the Junior Race and finished 46th.

The Brierley Hill rider soon climbed up the leaderboard, placing 13th and 14th in the Junior Races of 1968 and 1969 respectively before taking his first major result in 1970 when he placed fifth in the same race.

A first podium came in 1972 when he finished second to the great Giacomo Agostini in the  Junior Race, which was also the first of his five World Championship podiums.

The following year saw Rutter make the step up to the top of the podium, claiming his maiden TT win in the Junior Race when riding a 350cc Yamaha backed by Bob Priest, a Stourbridge businessman who had been a loyal supporter of Rutter since 1969.

It kick-started a superb run of success and, along with the likes of Charlie Williams, Mick Grant and John Williams, made Rutter one of the best British riders of the 1970s – not just at the TT but at short circuits across the UK.

A second TT victory on the Priest Yamaha came in the 1974 Junior Race, a year when he also took podiums in the Senior and Formula 750cc Races. Three more podiums came in 1976 when he finished second in the Junior and Production Races and third in the Classic Race.

Out of luck in 1977 when he had no less than four retirements, the following year was also lean as a rare crash in practice lead to a broken leg. But Rutter was back in 1979, finishing second to Mike Hailwood in the Senior Race and setting his fastest ever lap of the TT Mountain Course at an average speed of 112.32mph while riding a Suzuki RG500.

1981 saw Rutter claim the first of four famous Formula Two TT wins with Ducati, with the second coming twelve months later. Indeed, 1982 was a superb year on the Island with another victory coming in the 350cc Race and a third place finish in the Classic Race.

Despite being a more senior racer at this stage of his career, Rutter was still a major force to be reckoned with at the TT and two further Formula Two wins came in 1983 and 1985.

But 1985 would be the last of his seven TT victories as, a little over a month later, he was involved in a multi-rider crash at Montjuic circuit, Spain that almost cost him his life. He recovered enough to ride again, returning to the TT in 1987, and although the injuries sustained meant he couldn’t reach his previous heights, Rutter did take 12th place in the 1989 Supersport 400cc Race.

By then, his son Michael had begun his own road racing career and Tony would remain in the paddock for many years to come as he nurtured Michael’s considerable talents which, to date, have seen him match his father’s achievement of 7 TT wins.

In total, Tony Rutter competed in 83 TT Races, finishing 51 and winning no less than 33 Silver Replicas. His 7 wins and 20 podiums cement him as one of the greatest ever TT racers.

Elsewhere, Rutter recorded five victories at the Ulster Grand Prix and nine wins at the North West 200, which included the only ever dead-heat when he shared the 1977 350cc victory with Ray McCullough.

He was also twice British Champion, winning the 1971 350cc and 1973 250cc titles, and contested the World Endurance Championship for Honda Britain.

Our thoughts are with Michael and the Rutter family at this difficult time.